Manikarnika is running well at the box office and it seems like the controversy is giving a boost to the film. 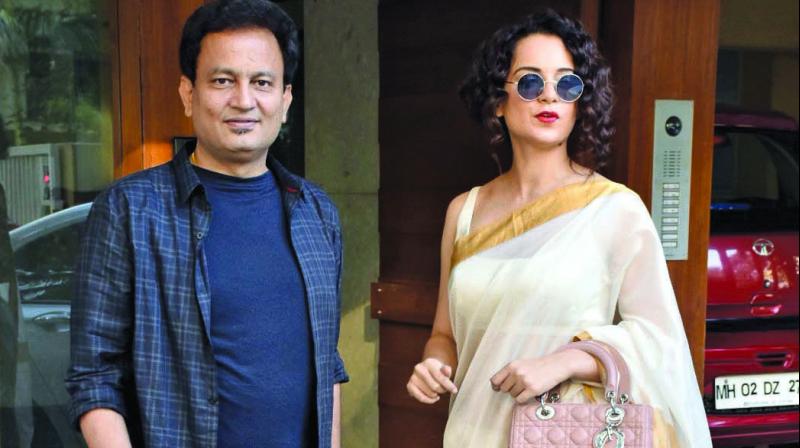 Mumbai: Kangana Ranaut and Krish's battle over the directorial credits of Manikarnika: The Queen Of Jhansi is not over yet. After a lot of views from the film's actors and crew members, producer Kamal Jain himself came out and gave his take over the whole brawl.

Kamal Jain released a statement in which he supported the Queen actress and slammed Krish badly for demanding credits which Kangana deserves. In a statement, Krish states, "Its very sad how Krish is trying to claim credit for what he doesn’t deserve. It was mine and studio’s collective decision to give credits. The way they are to attack Kangana who stood by the film from beginning to end is very sad."

"Whatever she did, she could have not done without production and creative team’s consent. For Krish, rather than making it a media trial specifically after huge critical claim and box office success is a clear attempt to harm our film, why doesn’t he go legal way if he is speaking the truth and prove his claims. We tried to handle this matter on every level nothing was done without informing him its sad he chose to create this controversy at the stage," the producer added.

Earlier, Manikarnika actress Mishti had expressed her disappointment over her role being cut down by Kangana in the film.

Manikarnika is running well at the box office and it seems like the controversy is giving a boost to the film. Apart from Kangana, the film also stars Ankita Lokhande, Suresh Oberoi, Atul Kulkarni and others.