Fatima Sana Shaikh plans to set up her own production house

Fatima will now be seen with Rajkummar Rao in Anurag Basu’s next. 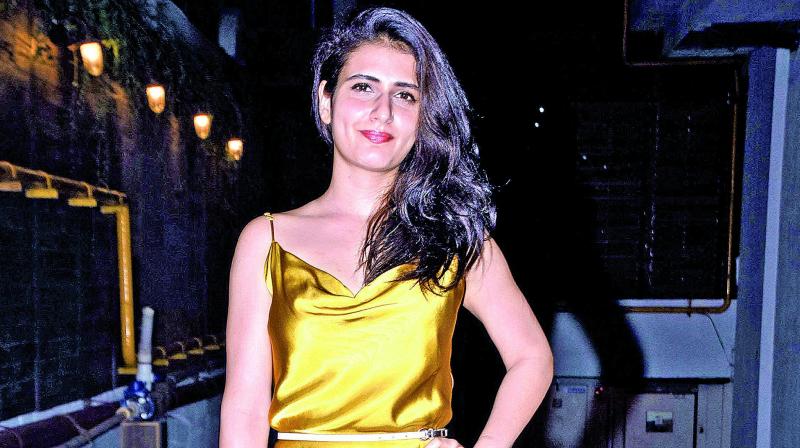 Fatima Sana Shaikh has moved on to her next project with Anurag Basu post the failure of Thugs Of Hindostan. While she has taken the criticism in her stride,  the actress also reveals that she is too critical about her own work.

Fatima says, “I am too critical and take myself too seriously. I am too hard on myself but I want to take it in a positive way. Before TOH, I would become upset and used to have negative thoughts. Now if I have flaws, I work upon them. I don’t sit and sulk over it. I rather do something on it.”

Meanwhile, the young actress also has plans to set up her own production house.

“Yes, I would want to make my own films. I would like to set up a production house at some point in life. My brother is a writer and he would want to direct and I want to be one of those people who adds value to the Indian cinema. Right now, I have just started my career so let me prove myself here, then I will get into production,” said the Dangal actress.

Talking about her passion for acting she said: “I love acting and that’s my passion. I feel, the moment I stop loving my work, I will stop working. If you don’t enjoy what you do then there is no point.”

Fatima will now be seen with Rajkummar Rao in Anurag Basu’s next.