Entertainment   Bollywood  01 Feb 2017  'I was dragged to court for being who I am': Kangana opens up on Hrithik controversy
Entertainment, Bollywood

'I was dragged to court for being who I am': Kangana opens up on Hrithik controversy

The actress says that she was restricted to a relationship that was (carried out) behind closed doors. 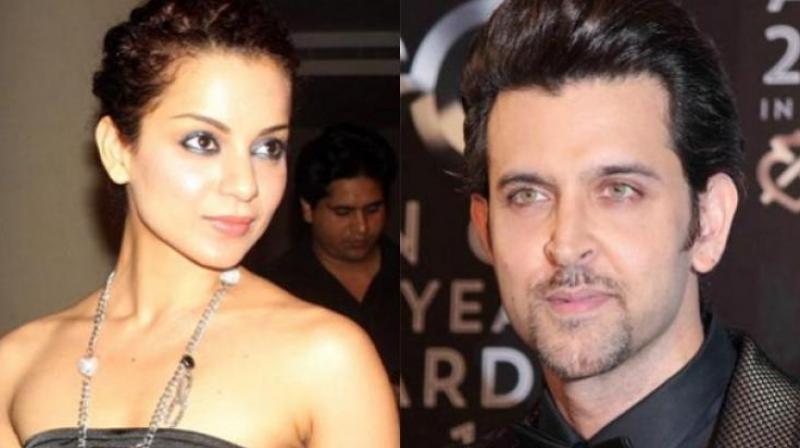 The revelations in Hrithik and Kangana's alleged affair last year was shocking.

Mumbai: The news of Priyanka Chopra and Deepika Padukone signing up for Hollywood films made headlines, but there is one actress who is not too keen to go international.

Kangana Ranaut says that she would rather stay here and bring money and employment to the country.

“It would be stupid for anyone to make the move to the West now. Their theatre business is crashing because of the influx of digital media. Asia, on the other hand, is where Hollywood was 15 years ago. It is a lucrative time for entertainment here. These are baits that I won’t fall prey to… If an American film (The Jungle Book, 2016) is doing Rs 100 crore business, and not all our films are able to, we may not find adequate screens for home-bred films 10 years down the line. I’m all for world cinema, but it needs to be a film that brings employment and money into our country. I don’t wish to offer myself on a platter to another industry,” the superstar was quoted as saying by a daily.

When the daily inquired about her hideous fallout with alleged ‘silly ex’ Hrithik Roshan and whether or not the memory of it still gives a mild heartache, the actress unabashedly said: It did.

“I was dragged to court for being who I am. I was restricted to a relationship that was (carried out) behind closed doors and I fought it fair and square. People (can) talk rubbish, but they can’t decide how I lead my life. I felt stigmatised. I would wake up to (media reports) of hideous emails, which I hadn’t written. I am a certified screenwriter from the New York Film Academy. I don’t write such crap… Someone I once shared a beautiful equation with did it… and with such malice. It did hurt me.”

After months of mudslinging and a good number of legal notices, as demanded by Hrithik’s legal team, is Kangana wiling to apologise? Far from it!

“I refused. I never completely understood the story — who was impersonating whom? I was threatened that horrifying secrets about me would be revealed. My parents were concerned for my safety, but I couldn’t bear it quietly. There was a group of jealous hats wandering around him (Hrithik), using him to aim vengeance at me… The film industry is a lovely place. They really cared for me. Prove what you are claiming and then I may apologise. I won’t stand bullying,” she concluded.