Adah Sharma’s back in Bollywood town

I am a Tamilian but haven’t done any Tamil film yet! It’s so ironic, says Adah Sharma. 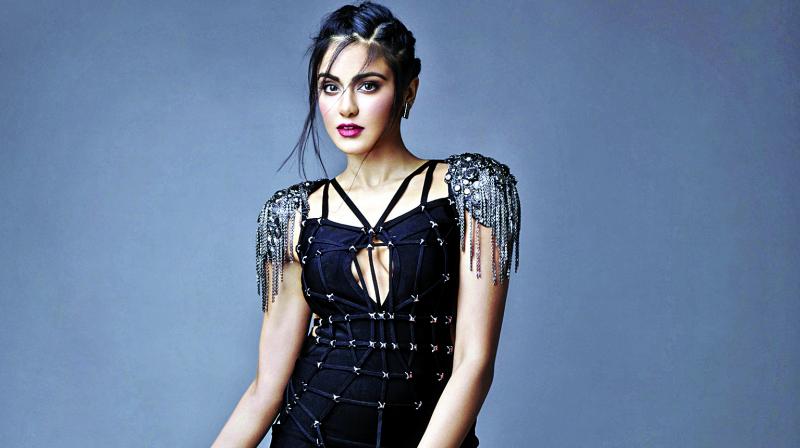 Adah Sharma kicked off her career in Bollywood with the horror flick 1920 and has also starred in a number of films down South. The actress is back in action in B’town in the role of  Bhavna Reddy in the upcoming Deven Bhojani film Commando 2.  In an interview, she reveals how, being a Tamil Brahmin herself, she wishes she could act in a Tamil movie, how the support of her family keeps her going, and more.

What prompted you to say yes to Commando 2?
I fell in love with the role when I auditioned for the film, as I have never done something like this before. I have done emotional dramas. Getting a chance to make people laugh instead  of crying seemed like a lot of fun. This is also the first time that anyone is trying out the Telugu Hyderabadi accent. The Muslim Dakni accent of the area has been done before, but not this one.

You have done quite a number of films down South. How is it that you haven’t done a Tamil film yet?
I am a Tamilian but haven’t done any Tamil film yet! It’s so ironic. I am a hardcore Tamilian when it comes to food especially. I can’t live without South Indian food. Having said that, I have been offered few films but I want to do something great. I don’t want to do anything just for the heck of it. I have actually signed a Tamil film but I am very superstitious, so I don’t like to talk about it.

How difficult is it to get films in Bollywood?
Down South it’s a little easier because you get your next film based on the success of your previous one. In Bollywood I don’t know how it is I have no idea. I don’t have a Godfather but I have been extremely lucky. The competition is very tough though.

Since you come from a non-filmy background, is your family very conservative or they are open-minded when it comes to your career?
I think my family is very open-minded but I do more self-policing than anyone else. I have always been given all the freedom by my family.  No one really questions me as such about what roles I take up and so I can experiment as I want.

You started your career with horror film, are you still open to more films in the genre?
After I did 1920, I was offered a few horror films but I think I should get into that genre only if I think I can make something different. Horror gave me my first break but I’ll only do another film if I can push the envelope