The first major landmark in the video saw the 37-year-old posing beside her wax statue at Madame Tussauds, New York. 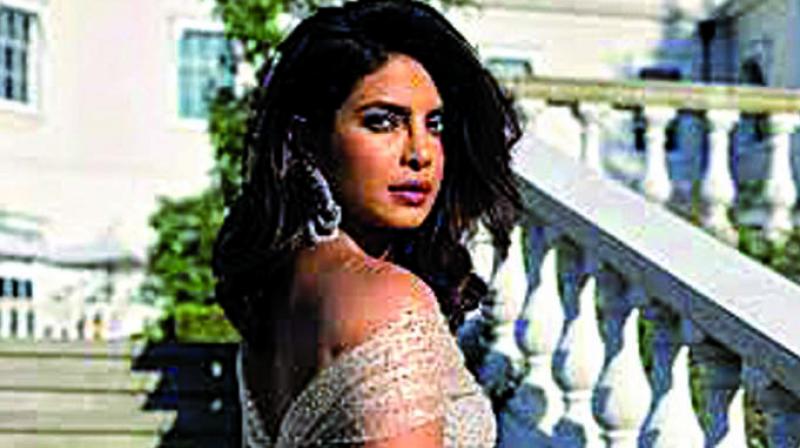 New Delhi: The year 2019 was indeed a special one for Priyanka Chopra, be it having her wax sculpture at Madame Tussauds or sharing screen-space with her husband in his hit song, to her contribution in Unicef and what not! Priyanka, on the first day of the new year, shared a video recalling all her milestones in the year that has gone by.

Counting on her blessings, India's desi girl on Wednesday took to her Twitter handle to share a video of her achievements and wrote, "Another year, another gift. Cannot wait to see what 2020 has in store. Thank you, God and everyone who has blessed my life. #fullheart #newyear #gratitude."

Another year, another gift. Cannot wait to see what 2020 has in store. Thank you God and everyone who has blessed my life. #fullheart #newyear #gratitude pic.twitter.com/FP7Xk8SLjT

The one-minute and twenty-four-second video began with heartfelt laughter from the star followed by several snippets from 2019 that the actor thought worthy of recalling.

The first major landmark in the video saw the 37-year-old posing beside her wax statue at Madame Tussauds, New York.

The clip then showcased scenes from American fantasy romantic comedy 'Isn't It Romantic', in which the Bollywood star played a significant role, followed by the snippets of Jonas Brothers' 'Sucker' song, in which she shared screen space with her husband-singer, Nick Jonas.

Another major attraction in the video were her looks from the Met Gala and Cannes. Priyanka who is also a goodwill ambassador of UNICEF had visited Ethiopia to meet refugee children fleeing conflict and humanitarian crises, and this had a special place in the video.

It also featured the various magazine covers that the actor-singer has donned, followed by shots from her latest Bollywood outing 'The Sky Is Pink'. The video culminated with all the accolades she has received and with the lovely moments she shared with her husband and the new member of their family, a puppy-Gino.