The actress talks about an interesting anecdote related to her debut film 'Parineeta', directed by Pradeep Sarkar. 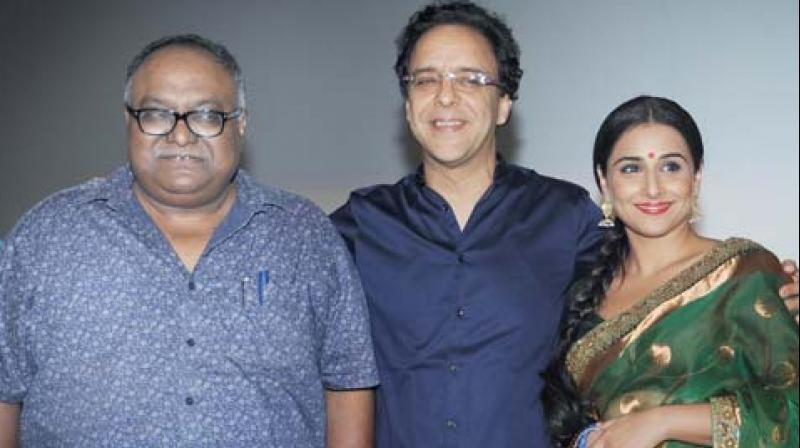 Mumbai: Vidya Balan has played a crucial role in laying the platform for actresses to shine without any heroes by their side.

Vidya Balan has been a pioneer of sorts in carving a niche for herself and other actresses by delivering multiple hits, carrying them purely on her shoulders.

The actress, however, didn’t have it easy in the film industry initially. The actress was only known for her bit role in Ekta Kapoor’s TV show 'Hum Paanch’ and  advertisements, before she made it big with ‘Parineeta’ in 2005.

But even her journey with her debut film was tough, with the producer Vidhu Vinod Chopra asking her to get a nose job.

Talking about the incident, Vidya told TheIndianExpress.com in an interview, “I remember Vinod Chopra telling me, ‘It’s such a long nose, I’ll send to you to LA, get it done.’ And I was so scared to open my mouth and say anything to him because I thought, 'What if you throw me out of the film if I said no.' I was really upset.

I came away and I told Pradeep Sarkar, ‘Dada, you know I will not get my nose fixed. I either come with this nose, then I don’t. I can’t cut my nose to be an actress. He said, ‘No, I don’t think that would be needed.’ I don’t know whether he ever brought it up or how it got resolved. I was too scared of Vinod Chopra, but I came and told Dada what I had to.”

While Bollywood actresses’ shelf life is often termed till 30, Vidya just delivered a hit with ‘Tumhari Sulu’ at the age of 38 and the star doesn’t feel the need to go under the knife.

“People tell me, it’s nice to get all the lines removed and I say, ‘I’m a happy 38-year-old. Let people know I’ve lived a good 38 years. I’ll rather have this than a stiff face. For an actor, I think that’s the biggest limitation if your face becomes stiff. To each his own, I’m not okay with it,” she said.

Before ‘Parineeta’, Vidya was also set to star in films of acclaimed filmmaker K Balachander, mentor to stars like Kamal Haasan and Rajinikanth.

Sharing a heartbreaking incident about being 'thrown out of the film', Vidya revealed, "My mother had spoken to K Balachander sahab’s daughter because I was supposed to do two films with him, and we were supposed to go off to New Zealand. We were supposed to leave around end of Feb, I kept telling my mother, ‘why haven’t they called asking for my passport.’ So later she called up, and said, ‘I just want to know what is the plan on the film, when are we starting and all.’ She said, ‘I’ve been waiting to call you, ‘We’ve actually taken another actor for the role because Balachander sahab felt that Vidya was very conscious about certain things.' I had told him that I was not okay with kissing on screen. She said therefore he felt that if she already has limitations in her head and it’s a romantic film, a young love story, maybe she won’t be (able to do it).

"When my mother put the phone down, I was devastated. It felt like the final nail in the coffin. I had been ousted from a whole lot of Malayalam films and K Balachander sahab, who had ‘Ek Duje Ke Liye’ and all, I was so excited for working with him.

"I was really angry and I decided to go the NCPA (National Centre for the Performing Arts, Nariman Point), there was some play that was happening. After the play, it was 2 or 3 in the afternoon, the sun was overhead, it was so hot. I didn’t know what to do. There was this agitation within me, and I just wanted to get rid of it. There were tears flowing down my face. I started walking and I walked and walked and the next thing I knew is I reached Bandra. I wasn’t even thinking, thankfully I was keeping to the side of the road, otherwise I wouldn’t have been sitting here. I think it just helped me make peace with certain things and not give up, yet again.”

Revisiting these incidents on her 38th birthday on Monday, Vidya has once again proved that perserverance and hardwork always bears fruit.