Shahid Kapoor and Kareena Kapoor Khan were captured in an awkward encounter at an awards show recently. 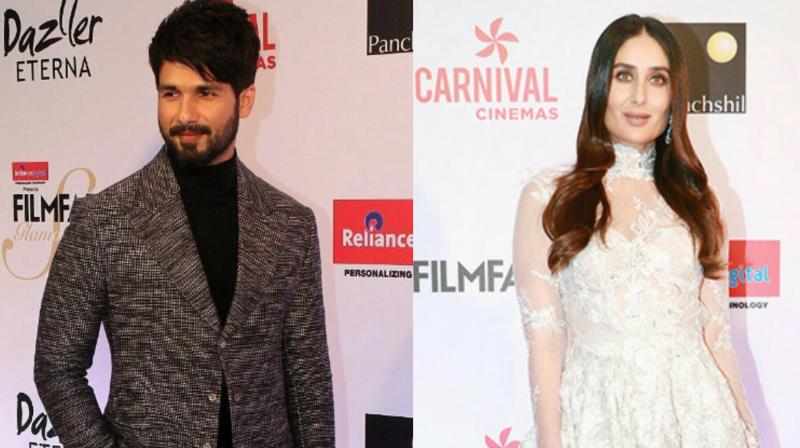 Mumbai: Shahid Kapoor and Kareena Kapoor Khan were captured in an awkward encounter at an awards show recently. But an insider has something else to inform. The source says that both Shahid and Kareena were quite cordial, and in fact Shahid helped Kareena in a photoshoot post the event.

The eyewitness informs, “Shahid entered the room when Kareena was doing a set of solo pictures with the celebrity photographer. The actor not only greeted her, but also said some funny things about her dress to make her laugh. Shahid and Kareena were extremely comfortable; he watched her being shot and even suggested an improvisation that could enhance the display of her floor-length dress. Their interaction seemed very normal,” the eyewitness told Bombay Times. The person also mentioned that after a few minutes, the duo was joined by Jacqueline Fernandez and Sonam Kapoor.

‘Veere Di Wedding’ jodi Sonam and Kareena shot pictures together. Shahid stood aside quietly for an hour according to the source.

Post Sonam and Kareena, Jacqueline shot her pictures. Sridevi and Deepika Padukone also entered during that time. They, too, completed their photo-shoots before Shahid, which he had insisted upon since he didn’t want them to wait any longer than they had. “He wanted the ladies to leave soon because it was already past midnight,” the eyewitness concluded.