Here's why Prabhudheva thinks Salman Khan is a lot like Rajinikanth

In an interview recently, the dancer and filmmaker said that Bollywood superstar Salman Khan is a lot like Rajinikanth. 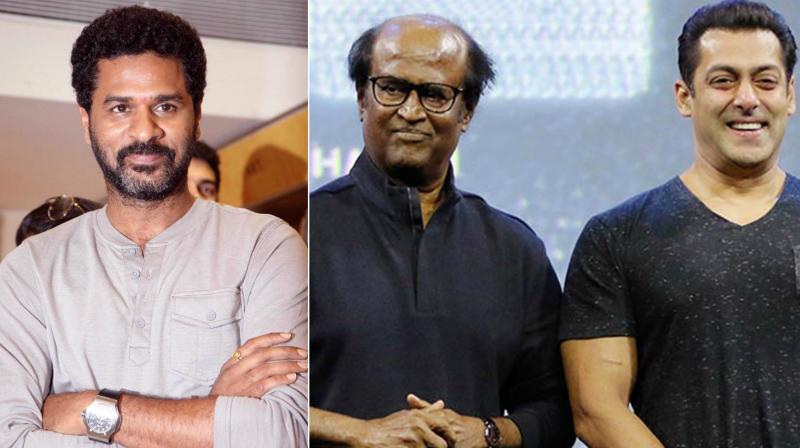 Prabhudheva will be directing Salman Khan again in Dabangg 3.

Mumbai: Salman Khan's career took a dramatic turn after 2009 action film 'Wanted', directed by Prabhudeva. Not only did it break several box-office records but also rejuvenated Salman's career. Once again, the super-hit duo is all set to collaborate for 'Dabangg 3', which will be produced by actor and Salman's brother Arbaaz Khan.

"I know it is a big film, and there is a challenge before me, but I am not one to succumb under pressure. I feel the pressure only when the film has hit screens, while noticing how viewers react to it," Prabhudeva told Mid-Day in an interview.

He revealed that the film will have a lot of action. "We should take the project on floors soon. It's going to be an out-and-out Salman Khan film. There will be a lot of action," said the director.