Mandatory use of standard treatment guidelines is way forward. 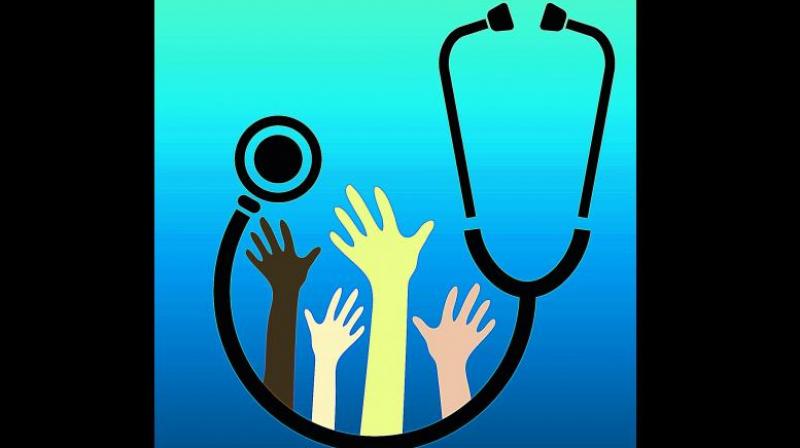 Though a doctor’s knowledge and skills are a social product, doctors use this knowledge either in a private or public set-up.

The government makes tall claims of providing cheap health cover for the public but the truth is that 80 per cent of the population spends for health from their personal funds. The government’s spending on public health is appalling — under 1 per cent — perhaps one of the lowest in the world.

What ails Indian healthcare? In a nutshell: the absence of regulation and standardisation in the private sector, which is being rapidly corporatised, and the absence of democratisation in a degenerated public health system.

Privatisation of healthcare itself is unjustified because the science of medicine, the training of healthcare providers, production of diagnostic, preventive and therapeutic technologies have been rapidly socialised in the past 150 years. Though a doctor’s knowledge and skills are a social product, doctors use this knowledge either in a private or public set-up. But it is very clear that most elements of his “private” practice are socially produced and used.

Preparation of these guidelines for Indian conditions from primary to tertiary levels of care is a huge task involving appropriate adaptation of other countries’ guidelines. This work is not to be done by bureaucrats but by teams of doctors.

Private sector doctors in developed countries follow standard treatment guidelines not primarily because of any law but because instead of being paid by the patients, they are paid via a third-party payment system either through an insurance company or via some government agency on the condition that they follow these guidelines. Patients have no bargaining power vis-a-vis the doctor but the third-party payment system has this power. In India also, mere legal compulsion to follow such guidelines would not be useful unless we also adopt this payment system.

This was recommended by the High-Level Expert Group (HLEG) set up by the Centre and entrusted with the task of “preparing a blueprint for Universal Health Coverage in India” during the 12th Five Year Plan. This HLEG recommended that to supplement an expanded and radically improved public health system, the government should buy services of private health providers wherever the system is insufficient.

This purchase should be based on the principle of “standard rate for standard treatment” and should be done directly by a government agency without using any intermediary like an insurance company. This HLEG recommended that all government-funded health insurance schemes like the Rashtriya Swasthya Bima Yojana should be eventually merged into the public health system.

However, the Central and state governments have been going in the opposite direction. It is claimed that the corporate entities have spread “state-of-the-art” level care to many areas. But these entities are essentially high profit-seeking ventures in which patient care is not the real objective. They have enhanced medical malpractices and have lured many individual doctors also in this lucrative business. Standard treatment guidelines should be insisted upon in the corporate sector to curb unnecessary investigations and interventions.

The provision in the rules in the Clinical Establishment Act for the government to decide the range of rates to be charged by private hospitals has not been implemented anywhere. If this is done on a rational basis, overcharging in hospitals, especially the corporate ones will be curbed.

The Jan Swasthya Abhiyan has suggested that there should be clear separation between doctors’ professional fees and other hospital charges. I would argue that these other hospital charges should be based on a rate of return on investment enough to pay bank loans and nothing more. This will discourage moneybags wanting to indulge in profiteering on the basis of investment in hospitals. As is the case in Canada, the hospital sector should be essentially a non-profit sector.

As suggested  by various experts, by 2022, the government should raise its healthcare expenditure to at least 3 per cent of the GDP from the current 1.3 per cent. Secondly, 60 per cent of this expenditure should be reserved for primary healthcare. The government should also improve and expand its own secondary and tertiary healthcare facilities exponentially. But gaps will remain for decades to come. These should be filled by in sourcing of private providers in the manner mentioned above.

The money being spent on CGHS, ESIS, on railway board healthcare and on various “insurance schemes” should be spent more rationally and efficiently by proper co-ordination and integration of these entities. All this would require a huge political will. The command-obey culture starting from babus and percolating through the health department to the bottom level, should be replaced by a culture of mutual accountability and transparency. This health bureaucracy as a whole should be accountable to the people through mechanisms such as Community Based Monitoring of Health Services.

This CBM process has been successfully experimented with under the National Rural Health Mission in parts of Maharashtra for primary health services. It should be extended to health services at all levels. There are other examples of improving governance. In Tamil Nadu, Kerala and Rajasthan, autonomous government bodies have procured quality generic medicines directly from pharma companies at one-tenth the retail market rate. These are available free of charge to patients in government health services. In India we need a complete overhaul of both the private and public health services.

Private sector works as an independent republic without any regulation on the healthcare service charges.

63 mn people are pushed below the poverty line for paying healthcare bills.

(The author is co-convener, Jan Arogya Abhiyanthe and former head of SATHI- CEHAT)