A patient gets a doctor he deserves

The doctor’s fall from grace is a symptom of the mounting trust deficit between the two. 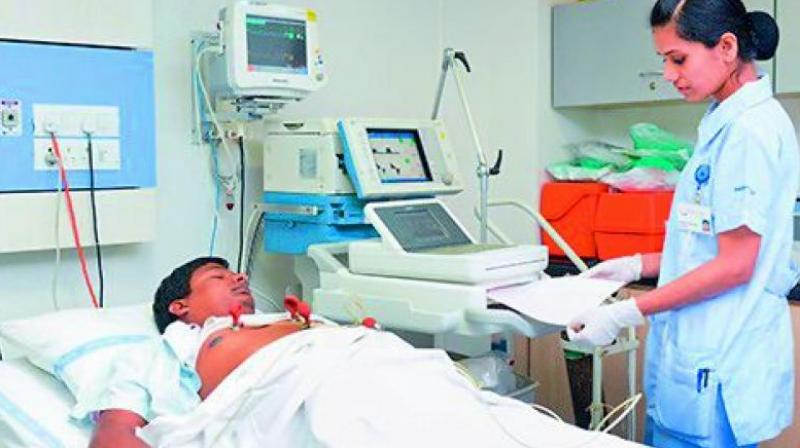 There was a time when doctors were seen as demigods and their word was the final verdict for a patient’s family. (Representational Image)

A major problem faced by doctors today is not new diseases, lack of literature or technology, but an ever-increasing trust deficit between doctors and patients. It would not be an exaggeration to say that discussions about doctors and the lack of belief in them, has come down to the same level as that of politicians. The difference is that doctors are attacked and thrashed, while politicians are not.

There was a time when doctors were seen as demigods and their word was the final verdict for a patient’s family. But the last few decades have seen a gradual metamorphosis in this thinking by patients. And today attacks on doctors are common.

That the medical field was brought under the Consumer Protection Act proved to be a milestone in this journey from trust to mistrust. It made patients think about their doctor not as a trustworthy partner on their healing journey, but as just any other professional service provider. On the other side, doctors also somewhere started treating patients as consumers.

Well, enough of etiopathogenesis now. It’s time we diagnose this disease of trust deficit and start managing it. There is no denying that black sheep exist in the medical field. But there is no data on what percentage of doctors are deceiving patients. Honest doctors are not an endangered species and if you search for them, you will find them. Similarly, a patient gets the doctor he deserves. This is not just a hypothetical philosophy but supported strongly by my keen observation that a patient’s persona and psyche perfectly matches with the doctor who referred the patient. In an era where people flock in thousands for healing and treatment to babas, gurus, godmen and spiritual leaders, I would like to strongly appeal to the discretion of the masses about being rational when seeking treatment.

A gynaecologist with a roaring practice increased his fan following exponentially when he became a spiritual guru. With a large number of non-medico marketers selling magic remedies for ailments like cancer, and with India being a country with the maximum number of thriving quacks in the world, trained doctors like me are forced to ask this question: have we collectively decided to kill the honest doctor waiting for us?

It is said that for a happy life, you need two things — a good life partner and a friendly neighbour. Let me add a third, a trustworthy doctor friend. Find one. Believe me, there are many.

(The author is a paediatrician and neonatologist practising in Aurangabad.)