Knot the ‘right’ Age: Stress to keep the power balance

These relationships often dispense off the age hierarchy and can be an experimental phase to lead towards marriages. 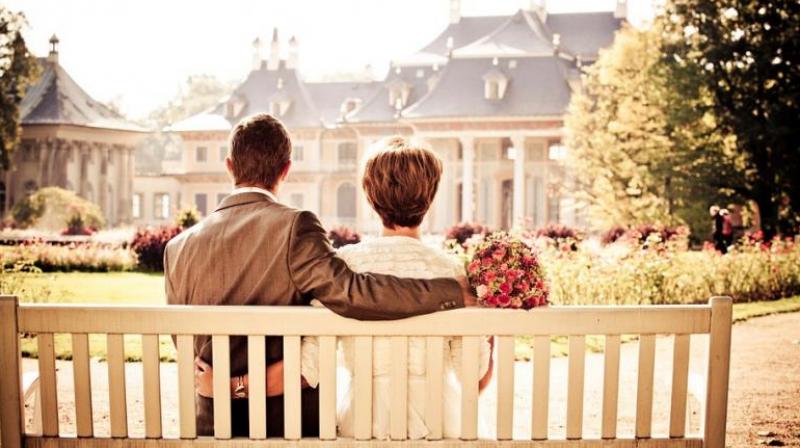 Legal understandings of live-in relationships also tend to articulate it from the perspective of marriage. As in the case of the Malimath Committee and Law Commission of India which suggested that if a woman has been in a live-in relationship for considerably long time, she ought to enjoy the legal status as given to wife. (Photo: PIxabay)

Does age matter in relationships? Most cultures approve of couples with similar ages but frown on those with age gaps. As age trends of conjugal bliss undergo changes across the globe, studies bet on compatibility

The age at marriage is decided keeping in view the ‘power’ relations between the genders and ensuring practice of the groom being older in age to the bride.

In India heterosexual relationships are primarily preordained within the institution of marriage. With modernisation, young people belonging to upper class communities are experimenting and moving out of this institutionalised form of sexual relations through live-in relationships and the numbers are growing though still very small. In India the practice of arranged marriage based on caste, ethnicity, religion and status uniformly govern the lives of young people. This practice is premised on promoting heterosexuality and parents decide upon the appropriate spouses who would marry to continue the ‘lineage’ of the family. The age at marriage is, therefore, decided keeping in view the ‘power’ relations between the two genders and ensuring patriarchal practice of the groom being older in age to the bride. Arranged marriage is a practice across caste, class, gender, ethnicity and religion and the primary motivation is to retain the purity of the social stratification, kinship connections as well as clear economic rationale for retaining property and economic assets within the natal as well as marital family.

However, whilst modernisation may not have done much to interrogate the family structure, young people are also using their agency to get into romantic relationships breaking the social shackles across intersections of different social stratifications. These relationships are more popularly termed as live-in relationships and they are perceived to be egalitarian based on ‘choice’ and preference of the couples. Live-in relationships may include wanting to test compatibility or to establish financial security before marrying. It may also be because they are unable to legally marry, because for example same-sex, some interracial or interreligious marriages are not legal or permitted. These relationships often dispense off the age hierarchy and can be an experimental phase to lead towards marriages. These relationships are, however, fraught with risk and are subject to moral policing and therefore many couples prefer to seek to keep it under wraps. They face practical problems of finding a safe space to stay, study and work since they lack support from their families. Public displays of affection, public intimacy and certain behaviour by women (e.g. drinking) is perceived as morally wrong, even socially destabilising. Several authors (Phadke, 2017, Brosius, 2013) have noted that displays of affection might be acceptable in certain “privatised/modern public space” (malls or coffee shops) that are clearly marked as middle class. But intimacy in public parks renders less-privileged couples more vulnerable, as their exclusion from the above mentioned “privatised/modern public spaces”.

Legal understandings of live-in relationships also tend to articulate it from the perspective of marriage. As in the case of the Malimath Committee and Law Commission of India which suggested that if a woman has been in a live-in relationship for considerably long time, she ought to enjoy the legal status as given to wife. The complications arise when there are disputes in such relationships and also violence against the women. The law defines only one principle of cohabitation, that is between heterosexual couples and within marriage. Other for-ms of cohabitation are not articulated in any personal or criminal law. In effect, therefore, the laws do render the idea of a choice in a relationship or marriage and the age difference bet-ween the spouses as invalid.

With the writing down of Article 377 the country needs to deliberate on the entire idea of ‘marriage and family’ in a coherent and urgent manner both in terms of policy and the laws.

While there is a push for this change coming from persons coming out and expressing their sexualities and preferences in different ways which challenge heteronormativity, there are others who are moving out of the institution of marriage and challenging it through live-in relationships.

Therefore, it requires the community, the state and the judiciary to grow up to the idea of such cohabitation not just limited within the institution of marriage (as wife and husband) but as consenting individuals coming from varied sexual orientations.

(The author is Associate Professor, Tata Institute of Social Sciences)