Eco logos yet to take root

Recently we did a report on the fast-food industry and looked at their policy on antibiotics in developed countries and India. 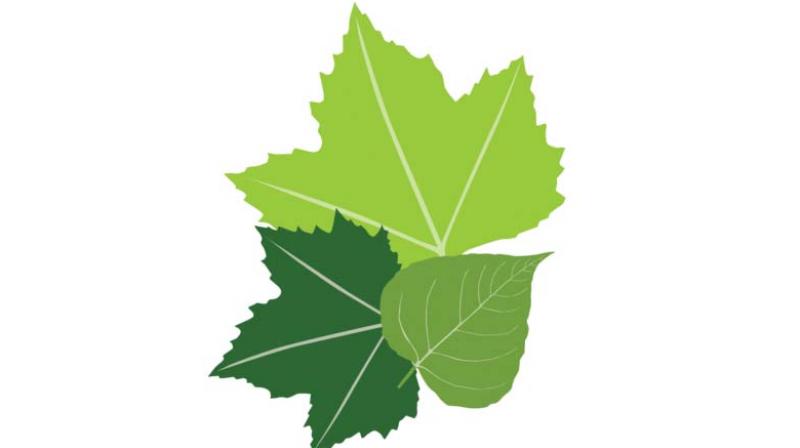 The eco-labelling programme there has been pushed by government procurement. In India, too, the Government is the largest consumer of goods and services so if Government decides to buy only eco-labelled products it would be an impetus to eco-labelling in India.

Green labelling or eco-labelling is scarce in India, largely because consumers think eating green is environment-friendly but expensive.

About 20 years ago, Europe set standards and started an eco-labelling programme but this bombed as it had little backing by Government. Companies showed no interest in eco-labelling, which became mostly a voluntary effort. We have eco-labelling under the Bureau of Indian Stand-ards but there are few takers. Over the last few years, though, the dem-and has been rising for labelled as well as unlabelled orga-nic food.

The trigger has been the health scare over pesticides and chemica-ls. A small fraction of the population — mostly upper middle class and upper class — is looking for organic food. In the building sector, we have ECBC (Energy Conserva-tion Building Code), mandatory for large and commercial bui-ldings. Some builders have started to construct green buildings and get LEED certification. There is an emerging market for green buildings.

But other than the small fraction of green building sector and organic food, the labelling programme in India has not taken off. Across the world governments are big buyers; governments buy and sell a lot of products in developed countries, especially Euro-pe.

The eco-labelling programme there has been pushed by government procurement. In India, too, the Government is the largest consumer of goods and services so if Government decides to buy only eco-labelled products it would be an impetus to eco-labelling in India.

Unfortunately, government has been slow to do so.

There is also a problem with government tendering. L1 tender stipulates that government procures only the cheapest materials in the market. So, many eco-friendly and eco-labelled products are squeezed out of government purchase because of this. This calls for policy reversal, dovetailing incentives to buy eco-friendly products as governments in Europe do. Japan is another country far ahead on this.

We ran a green rating project for 20 years, rating industries for environmental performance and disclosing data. It had a huge impact on the share market.

What can institutions achieve in a huge and diverse country? Two-three years ago we detected antibiotics in chicken and put out data, including that on pesticide contamination.

Maybe owing to work done by agencies, including the Centre for Science and Environment, consumers are moving to organic consumption.

But this is insufficient. We need a very clear government push for eco-labelling and environment-friendly goods and service.

Without a bigger push from the government it is not going to happen.

The organic food sector has plenty of fake products. Recently, the Food Safety and Standards Authority of India issued organic product standards, which will be applicable possibly from next month. When it comes to housing, there are only managing standards for commercial buildings but not for residential buildings. So a lot more work remains.

We need to break the myth that green is expensive; green is going to be cheaper in the longer run. The government has to come out with a clear policy and regulation on eco-labelling. Government can push for it by buying eco-labelled products themselves.

Banks and financial institutions can incentivise purchase of eco-labelled products by offering rebates, reduction in interest rate and so on. For example, it will go a long way if you get half-a-per cent interest rate discount with a five-star air-conditioner. Share market investors should look at the green credentials of companies before investing.

Eco-labelling doesn’t mean that we splurge on such products. We must have some control over consumption. It is called the rebound effect. If you buy an efficient car, people tend to drive more because the car is fuel-efficient. Green-labelled programmes must also be covered by a control regime to help with sustainability.

The anti-Coca-Cola campaign in Plachimada was a major green effort. But given our meagre resources, very few institutions undertake in-depth studies on consumer-related and environment issues.

In Europe, most of the important studies are done by NGOs and independent research organisations. Multinational corporations have double standards.

Recently we did a report on the fast-food industry and looked at their policy on antibiotics in developed countries and India.

They do a lot in Europe and US to reduce the use of antibiotics in chicken but little in India. Do not believe that industry will do this voluntarily. Industries have never done anything voluntarily. You need strong regulation to push industries.