Do not splurge on supposedly green products and discourage sustainability. 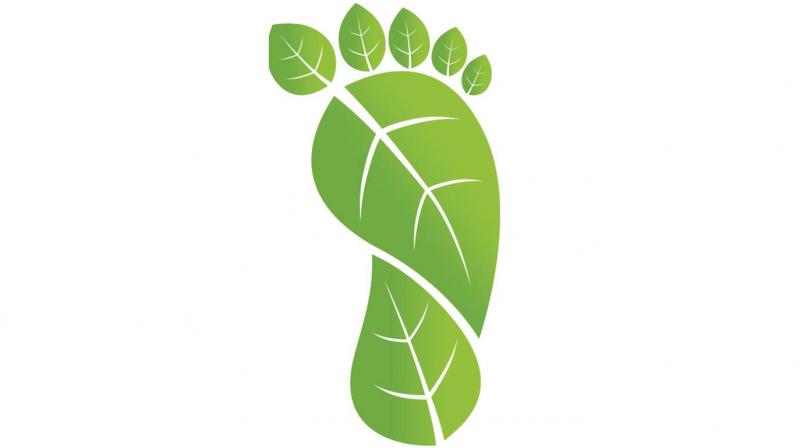 Eco-labelling is a step towards sustainability, critics though question the purity of logos. There have been lapses by certifying agencies and overlapping of certifier-industry interests. But the onus is on consumers not to splurge on green labelled-products and undermine sustainability.

As the world becomes more green-conscious, consumers search for logos to reassure themselves that what they buy has been least harmful to the environment and promotes the greater goal of sustainability. The more discerning among you would admit that the logos may not be perfect; there may have been compromises on certification standards and possibly there has been an overlapping of interests of certifying agencies and the industries. Yet the preference is for products with the logos because you believe they are a cut above the rest.

But, according to an analysis by the Changing Markets Foundation in Utrecht, the Netherlands, sustainability certificates are perhaps “a little more than corporate greenwash”.

‘The False Promise of Certification’ report suggests that green labels provoke more consumption, which is anathema to the concept of sustainability. Also, such behaviour undermines truly green-minded products.

As the world debates the pros and cons of the perfection, or lack of it, in the green certification process, I would argue that more than the purity of the logos, we should examine whether they have a positive impact on the industries and contribute to raising standards. You may still think industries will cut corners. Won’t it affect the credibility of the entire system and undermine sustainability?

Yes, there is a serious problem with companies gaming the system and not acting in good faith. If the certification system was good, this could be largely eliminated. But, unfortunately, as the report notes, the auditors who do the checking of claims on behalf of the certifiers do not always act with the required due diligence.  They may not even make visits and may rely on claims by the companies seeking certification. Also, in some cases the certifiers bend their own rules to maximise uptake by companies — and in some cases to gain income from selling use of the logo. All this undermines the incentives for companies to make real changes in their methods. And, of course, it hoodwinks consumers and undermines long-term credibility.

Aren’t corporates that submit themselves to green certification hoping to cut corners? Some are, for sure.  Others are, I think, quite serious.  They think high standards are good for their business profile and sales. But they worry about being undercut by rivals. Some complain that the certifiers don’t set high enough standards. The trick has to be to use certification to drive up standards, and that requires strong policing.

Do not splurge on supposedly green products and discourage sustainability. All products have a footprint, both environmental and social. Often that footprint is bad. The only question is how bad. So we should not think that buying something with a sustainability label that has no footprint or that buying two would be twice as good! We need to consume less. But good labels can help us reduce the impact of what we do buy.

In Europe labelling (Fairtrade, as well as environmental labels) happened because consumers demanded it, and so companies saw a market opportunity in compliance. Governments mostly see them as an excuse to avoid having to impose laws and regulations. They say: Let the market do the regulation. That is perhaps the worst downside of green labels. Because even if 20 per cent of people buy products with a good green label, then 80 per cent of products escape control. That has to change.  In my view consumers should be demanding government action, too.

In Europe organic food is seen as ethically good. There are labelling systems like the Soil Association to certify organic food, and the rules are quite tough and well- policed. There are questions about whether organic is always better, but it is one of the more rigorous labelling systems. Personally I buy Fairtrade products because I believe they bring benefit for small producers, but they are not strictly environmental standards. In general, big independent global labels such as MSC and FSC are reckoned to be better than average.

Green certifications, which began roughly 25 years ago, are a sign of consumer concern and generally drive up standards, but we need constant vigilance to make sure they are not captured by the bad guys. And we need governments to set legally enforceable standards.

I would wind up iterating what I wrote in New Scientist: ‘None of this lets consumers off the hook. Green labels do nothing to discourage us from buying more stuff, which arguably is what is needed most of all in a truly sustainable world. But it is surely perverse to see them as part of the problem. They may be imperfect and deserving of robust scrutiny, but on balance, the labels are worth keeping'

— As told to John Mary

(Fred Pearce is an author and journalist based in the UK. He is environment consultant to New Scientist)