The power of being run-of-the-mill

India’s talent, the perfect balance of cerebral power coupled with hard work, is a well-recognised aspect across the world. 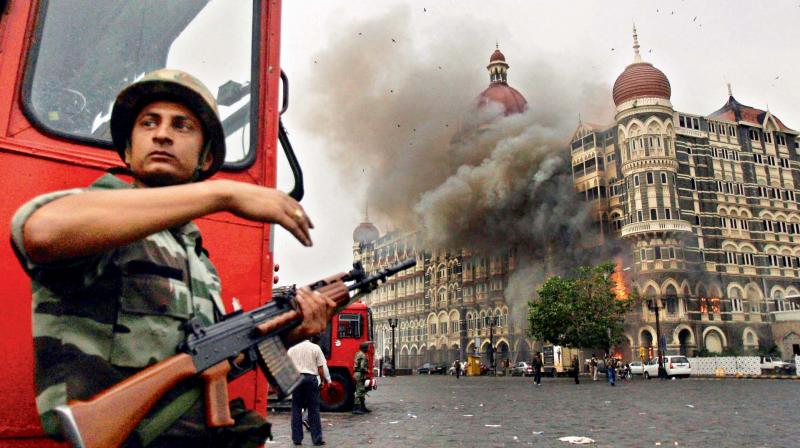 When the going gets tough: All 600 staff members at The Taj, Mumbai, were well-trained and each one of them was aware of escape routes available in the hotel, but not even one chose the path to flee.

The 2008 terror attack on The Taj became a subject for an HR case study in Harvard. What boggled the mind was the fact that not one employee abandoned his post during the siege. On the other hand, they helped guests escape and many died in their efforts. So, what kind of people did they recruit? Did they only look at academic brilliance or is there something more that a company looks at while hiring.

With a workforce of about 490 million, India is currently one of the most dynamic and fastest growing labour markets. The Indian job market is relatively unique in the world of employment as nearly 90 per cent of the workforce belongs to unincorporated and unorganised enterprises. India is on course to become the youngest country in the world by 2020 with the median age of 29 years. This implies 64 per cent of the population falls within the bracket of working age thus contributing an additional 2 per cent to the GDP of the country. While this sounds very progressive and promising, what is critical is creating adequate job opportunities to absorb close to 10 million new entrants into the labour pool year on year.

India’s talent, the perfect balance of cerebral power coupled with hard work, is a well-recognised aspect across the world. The proof lies in the list of eminent global Indian CEOs like Satya Nadella, Sundar Pichai and Indra Nooyi. Indians and people of Indian origin comprise nearly a third of the Nasa workforce and quarter of IBM employees. Within India and abroad, Indians have proved their mettle in finding their calling in life with respect to employment.  Let’s briefly review the recruitment strategies and policies adopted by Corporate India.

Train for skills
Hitherto work-related competencies were sufficient to obtain a job. Organisations are now increasingly prioritising attitude towards work and life over skills and competencies. While knowledge can be imparted and skills built, it is not easy to bring about a change in the attitude of a person. Corporate India has so far been known to lay stress on educational qualifications with high grades as it was believed that a student who demonstrated focus in studies will go on to focus and excel in work as well. There has been a shift in this approach in recent years with companies now looking for courteous, positive and motivated individuals, even if average in education. Teacher’s pets and the class toppers need to prove their team play, resilience and a healthy attitude, great academic scores notwithstanding. In fact, many companies very consciously provide opportunities to the underdog. Indian organisations have been seen gravitating towards hiring people from the semi- urban and rural areas. This is because candidates from tier-2 and 3 universities and cities come across as earnest, eager, very adaptable and humble learners. Tencent, the Chinese internet major, valued over $500 billion, recently surpassing Facebook in market capitalisation, is known for hiring people from Shenzhen, Guangzhou instead of Shanghai and Beijing.

Back in India, the November 2008 tragic incident, where people died due to terrorist attack at The Taj, Mumbai, was a Harvard case study on human resources principles. In any critical event which calls for courage and bravery, a chosen few emerge as heroes. But here, all 600 staff members present in the hotel when the siege took place for over three nights, dedicated themselves to ensuring the hotel guests were safeguarded. Well-trained, each one of the employees was clued in on escape routes available in the hotel, but not even one chose the path to flee. They not only stayed on amid gunshots and bomb blasts, but went beyond call of duty to protect the guests in every way they were trained to. From the security guard, to telephone operators, chefs and waiters to managers, each Taj employee looked after the terrified people in the rooms as well as banquet halls. Unfortunately, some of them lost their lives while performing their duties. The TATA Group that owns The Taj is highly respected in the corporate world for its strong values and unwavering principles. The Harvard study highlighting the recruitment policy of Taj hotel, said talent is sought primarily from second-tier cities. During campus recruitment, the organisation seeks feedback from the faculty of the potential employees on attitude and behaviour before making hiring decisions. In other words, the recruiters look for value congruence in their potential recruits, which explains the exemplary and noble behaviour displayed by the Taj staff on the fateful night on November 26, 2008.

Hiring for competencies
We live in a constantly evolving world with technology playing a big role in the global business scene. Trends like Big Data, Fintech, Artificial Intelligence and Deep Learning are on their way to shape business and markets the world over. One popular study estimates 65 per cent of the children entering primary school today will ultimately work in jobs and functions, which currently don’t exist. The last decade has shown the emergence of completely new industries and jobs. It is not possible to find trained talent in these yet nascent spaces and therefore identifying potential talent becomes critical. The workplace of today, which is also the workplace of tomorrow, looks for new perspectives and out-of-the-box thinking in candidates. Some organisations, as a rule, don’t hire from competition. Given this reality, Indian organisations are increasingly looking for competencies rather than direct fit. Adjacencies and transferability of skills are becoming the new norm and organisations are carefully assessing key leadership competencies like motivation, insight, curiosity, engagement and determination while hiring for senior leadership.

Structured personal interviews are now only one aspect of the selection process. Different recruitment tools such as assessment centres, case study, group discussions, even social media screening, are gaining prominence. Several studies show personal interviews are most widely used but the least effective of selection processes. Stand-alone personal interviews are neither valid nor reliable as decision-making can be subjective, being highly reliant on the interviewer’s opinion and biases. I see a trend where organisations take a multi-pronged approach and effectively mix and match several selection tools like psychometric assessments, structured management interviews by third party assessors, deep referencing and so on.

Growth Mindset
Previously, qualities like loyalty and stability, with a conscientious approach were valued by potential employers. The need of the hour is someone who brings specific skills to the table, gets up to speed quickly and starts making valuable contributions right away. Growing with the company is thus not enough as employees need to grow the company. Organisations increasingly seek additional qualities like a strong growth mindset, challenging the status quo by way of new strategies and methods, excellent execution, collaboration and superior communication. As the employees demonstrate more loyalty to their chosen profession rather than to their employers, companies are comfortable with a high impact employee who will be associated only for a 4-5 year period rather than a pedestrian 15-year innings.

Employment models
There are definite changes also perceived in the modes of association between employer and employee. Organisations prefer using interim managers for mission critical and time bound projects. Specialists are engaged only for a certain specific period thus providing for a win-win situation for both the company and the individual.

In this tight labour market, managers need to get more work done with fewer resources. Hence companies are spending time, energy and money more than ever before to recruit talent in a speedy and skilful manner. For job-seekers, showcasing talent during interviews is not enough; demonstrating that trait, competency, character which sets them apart from other candidates is the crux of today’s selection process.

Let me summarise this article by quoting Arthur Nathan, who famously said: “You can’t teach employees to smile. They have to smile before you hire them.”