Armed with attitude and confidence

Three separate assessors, who are trained by the DIPR, DRDO, carry out the assessment. 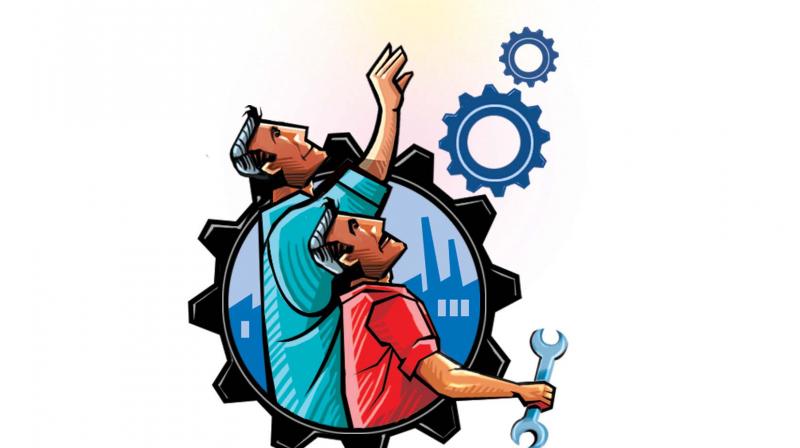 Academic brilliance alone cannot necessarily make a candidate suitable for this task... He must be able to implement his knowledge in practical situations of a stressful nature.

Unlike the Civil Services, the Armed Forces do not recruit toppers. They scout for candidates with average intelligence but whose integrity, decision-making skills and sense of responsibility are exceptional…

Have you ever wondered what makes our Armed Forces, especially the Army, becoming one of the last tools in the hands of the Union of India to execute its will — be it rescuing toddler Prince from the borewell, saving people from suspended cable car, rescuing Hotel Taj Mahal during the Mumbai terror attacks, or carrying out the recent surgical strikes with precision and accuracy?

After serving in the military for 30 years, which also involves four years with the 21 Service Selection Board (SSB), Bhopal and 11 SSB, Allahabad, where I was involved in the selection of potential officers for the Indian Armed Forces, I can state numerous reasons behind this high efficiency. But I will focus on the one aspect and that is its recruitment process in the officer cadre.

Unlike the Civil Services, the Armed Forces does not recruit toppers. They recruit people with average intelligence but through a process of stringent, rigorous and intensive five days of psychological testing called the Service Selection Board (SSB) interview. The process involves personality assessment of a candidate, that involves penetrating through the outer mask that the candidates tries to project and to observe him from inside and to study his attitude, belief system, value system and his inner psychological world, that deeply influences his responses and decision-making skills.

These three people are separately looking for 15 Officer Like Qualities (OLQs) in a potential candidate, employing their respective techniques. For a candidate to get recommended by each one of them, it is expected of him that he demonstrate certain degree of consistency in his thoughts, words and actions — called congruence in performance. He needs to demonstrate both, the intra technique congruence as well as inter technique congruence. The 15 OLQs can be grouped under four categories: Qualities of Head (IQ) or the candidates intellectual sharpness. This involves assessment of candidates reasoning skills, observational skills, analytical skills, evaluation skills, discriminatory skills, conflict resolution skills, decision-making skills, ability to organise both his inner and outer resources and his ability to express his ideas adequately with ease and clarity.

Since the Armed Forces functions as a team, a candidate’s interpersonal skills are of paramount importance. So under this head, a candidate is evaluated for his social adjustment skills, his ability to subordinate his individual needs for the larger organisational needs. His willingness to cooperate with others and to accept responsibility beyond what is stated. Most important, the willingness to accept the consequences of his/her action.

A candidate is assessed for his abilities to take initiative in unfamiliar and ambiguous situations and sustain it. We observe for the candidate’s self-confidence under demanding conditions; ability to take right decisions with speed and certain degree of accuracy under ambiguous situation and in the absence of clear-cut directions. We also look for his/her capacity to bounce back and motivate his team in the face of obstacles and setbacks and to push them to achieve the set objective by leading from the front.

A candidate is assessed under pressure and urgency for his mental concentration, strength of will, ability to remain focused under unfavorable circumstances. He is also assessed for his physical, mental and moral courage and in his ability to take purposive risks willingly in a calm and composed manner. The candidate is also tested for his capacity to withstand protracted physical, mental and emotional strain.

A person with integrity in his personality will naturally be able to demonstrate congruence/consistency in his psychological responses — i.e Manasa, Vacha, and Karmana. This is the very essence of the military leadership recruitment process. There is neither any leniency in the process nor any reservation policy applicable here, thus leading to around 9,000 deficiency in the Indian Armed Forces as on date.

Academic brilliance alone cannot necessarily make a candidate suitable for this task — there needs to be a balance in all the four aspects of his personality and he must be able to implement his knowledge in practical situations of a stressful nature. I feel attitude is more important than IQ.

In a real life battle or crisis situation, these OLQs get tested and manifest themselves and what the nation see as an act of high efficiency and valor are nothing but a natural manifestation of those qualities that was very carefully assessed and ensured during the very inception stage.

The limits of the Indian Armed forces is defined by the limits of its officer cadre — and that is the differentiating factor which separates this government organisation from all others — and that’s the secret of its efficiency. Jai Hind!