The institution of marriage is designed for the fulfilment and expression of powerful needs inherent in human nature. 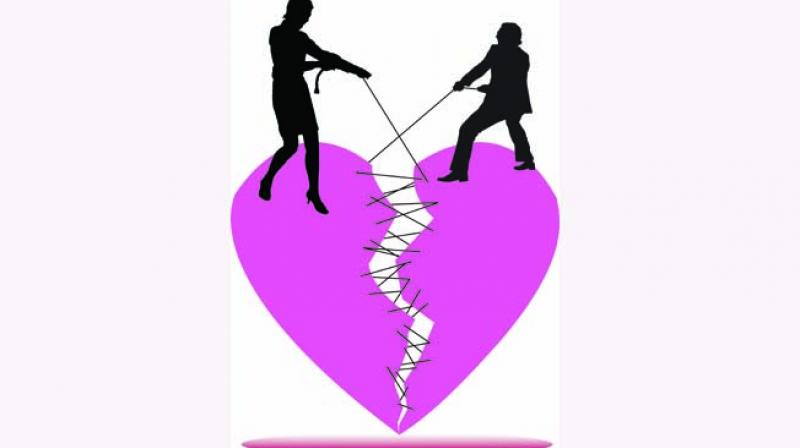 Many couples, stressed by conflict and contempt, react by entering the third stage of the breakdown, characterized by the partners’ increasingly defensive behaviour to avoid further hurt and disappointment.

In reflecting on the health status of marital relationships, one takes a cue from Nigerian author Chinua Achebe’s incisive observation of the disintegrating impact of colonially infused western cultural values on traditional African socio-cultural fabric of the ethnic Igbo society in Eastern Nigeria.

An integrated and closely related complex of characteristics are identified as forming the “central core”, primarily responsible for the strength of the marital bond.

The logical presumption from this formulation would be that the cultivation of the resilience and maintenance of the integrity of the core and effective management of influences of related factors is critical for the sustenance of an optimally healthy marital relationship.

The institution of marriage is designed for the fulfilment and expression of powerful needs inherent in human nature. This is identified as the need for the close bonding between the male and female, which is critical for the sustained propagation of the species. In human experiential terms, this can be conceptualised as the need for intimacy, which is the core for the optimum sustenance and health of the marital relationship.

The ‘Intimacy need complex’ has two aspects; the ‘physical’ and the emotional/cognitive’. Physical intimacy relates to the sexual relationship representing the biological aspect, while cognitive and emotional intimacy represents the psychological aspects expressed in the form of mutual love and affection.

The first stage involves intractable conflicts between partners. This can advance to the second stage where spouses feel mutual contempt, and each spouse’s attitude about the partner changes for the worse. Gottman notes that while conflict itself does not predict marriage breakdown, feelings of contempt for one’s spouse are a powerful predictor of relationship breakdown.

Many couples, stressed by conflict and contempt, react by entering the third stage of the breakdown, characterized by the partners’ increasingly defensive behaviour to avoid further hurt and disappointment. This process might progress to the fourth and final stage of the breakdown, characterised by a breakdown of trust and increasing disengagement as a means of self-protection. Paradoxically, the frequency of conflicts might actually decrease as partners increasingly avoid each other. However, by this stage the marriage relationship could be ‘burned out’.

However, the deterioration process is not inevitable if it is arrested in time through the application of healing and therapeutic processes. Prevention is better than cure, and it is to this aspect that the second level interventions strategy addresses itself.

Focus on the enhancement and constant improvement of the intimacy core:

Two related processes are involved; application of positive psychological orientations. These include cultivation of resilience, trust, empathy, understanding, flexibility and what Carl Rogers termed as Unconditional Positive Regard.

The perspective can be presumed to be applicable both India and the west. But what accounts for the curious statistic that indicates that less than 1 per cent of Indian marriages end up in divorce. Comparable figures for western nations include 46 per cent for the US and a high 87 per cent for Luxembourg. This statistic needs to be nuanced by reports of increasing divorce and separation rates in India in recent years, especially among urban, educated and career-oriented couples.

In a study on marital disharmony among working couples in urban India by Shiju Joseph and Anand Inbanathatan, stressful factors in dual career urban couples included duration of marriage, quality of relationship, children, type of family financial matters, parenting, house hold work, time-related stress, religious beliefs and practices addictions and lack of time together. In spite of various stressful factors, most of these marriages do not progress to breakdown and divorce.

What could account for this wide disparity between the west and India? The phenomenon of ‘firewall’ might provide some insight.

The ‘firewall’, allegorically encircling the couple at marriage, consists of attitudinal and belief elements such as fear of consequences of marital breakdown, stigma, the perception of shame on the family as well as concerns about financial security and the trauma and loneliness that accompany separation and divorce.

Firewall elements exist in the West. Its main features are mostly based on concerns with individual experience of hassles and psychological reactions such as loneliness and depression. Societal firewall elements tend to be negligible in individualized societies. This results in a less traumatic path towards marriage dissolution, leading to possibly higher rates of divorce in the west.

It is however intriguing to speculate on the implications of this pattern. The possibility exists that many salvageable marriages end up in divorce in the west. Meanwhile, many marriages which have been “burned out” are still maintained by the socio cultural firewall in Indian society.