Generations may have distinct characteristics lending themselves to stereotype labels as baby busters, baby boomers or millennials. 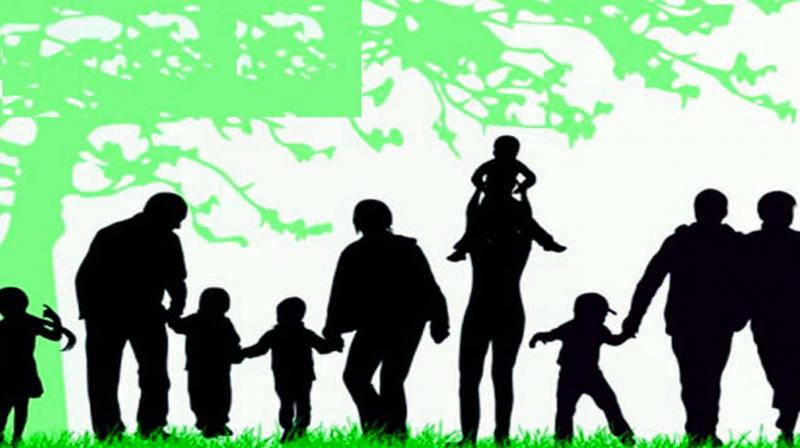 New evidence says that every generation has many more differences within its individuals than between generations, understanding of which would resolve issues

Names ascribed to generations across the world also refer to how people adapted from one time point to another. While a majority may seem to have adapted and successfully moved on to the next, many others may not have been successful. By applying rather broad and generic labels we may exclude individuals who do not fit or chose to lead a different path.

Generations are defined by years and ages, typically people belonging to a particular generation are also linked or bound together by historical, political or economic and social events. The naming of generations and subsequently ascribing rather broad personality attributes such as altruism and narcissism, has been popularised greatly in several disciplines, in particular human relations and organisational behaviour.

On the downside, nobody likes to be labelled. Labels have been associated with negative connotations, particularly as it overlooks individual differences and over-generalises characteristics to a large group. Labelling could result in prejudices against those labelled (for example, millennials are lazy, narcissists).

So, how did generations get their names? Many writers have debated on the various names given to generations, and there are considerable differences in the time frames used to define when one generation ends and another begins.

What is common, however, is the fact that specific economic, historical and political events and people’s adaptations to them shape individuals belonging to that time. Therefore, as Dr David Costanza of George Washington University, points out in his research paper on ‘Generations’ that generations may not be very distinct from one another as they are not strictly time-bound.

The term millennials was first used by Neil Howe and William Strauss in their book Generations (1991). It refers to people born roughly in 1981-2000 and is linked to the year 2000. However, some of the names for generations that we know today did not exist when they wrote the book. Raphelson (2014) noted that when Generations came out, Generation X did not exist. Generation X was called baby busters, after a steep fall in birth rates (preceded by baby boomers).

Names for generations are, however, applicable to western societies, to the US and Europe, linked closely to events that took place in specific time periods (Example, The Great Depression, WWI, Vietnam war) and it may be erroneous to apply them to other societies without considering the events and cultural features of that society.

Dr David Costanza states that generation is “not a thing”, and that research that typecasts people based on the generations to which they belong is flawed.

A concept widely studied in this context is that of “generational identity”,which is defined as an “individual’s awareness of his or her membership in a generational group and the significance of this group to the individual”.

Generational identity implies that an individual who “belongs” to or is identified as being part of a certain generation would therefore strive consciously or otherwise to match behaviours, thoughts and so on with the group. Thus social influences, indoctrination by societal and familial expectations would shape one’s behaviours and ideas.

Can we readily apply terms of Western generations to the Asian or eastern context? Socialisation, cultural, familial influences such as parental expectations, societal and community pressures and peer competitions establish oneself. Yet one belongs to a collectivistic society.

Each society has its own set of historical, political, economic, technological events/ advancements. Adaptation to these events by those living within a certain time period is imperative for survival and successful people develop characteristics that suit these challenges.

Names ascribed to generations across the world also refer to how people adapted from one time point to another. While a majority may seem to have adapted and successfully moved on to the next, many others may not have been successful. By applying rather broad and generic labels we may exclude individuals who do not fit or chose to lead a different path.

On a different note, describing generations appears to have some advantages, as it may help to study how societal changes have impacted individual behaviours, such as ability to spend, learning patterns, workplace behaviours, family and parenting roles and expectations (example, much has been written about the millennials or Gen Y and how much they spend on food and going out). These are intertwined with larger social events of the time.

Take for example the much talked about millennials (1980-2000). Several articles focus on the personality characteristics, workplace behaviours and attitude of this generation. However, whether these are backed by scientific studies or not is unclear.

Some points not in favour of seeing generations as “things”, as Dr Costanzo points out, are the lack of substantial research evidence and more so inconclusive findings about personality characteristics of people belonging to specific generations. Many conclusions are based on surveys and studies conducted in very differing contexts. Another relevant point he raises is the utility of this difference when it comes to changing behaviours.

Dr Twenge, Professor of Psychology, San Diego State University, and author of several books on generations, bases her views on large surveys. She highlights that there are both similarities and differences across generations and that it is important to understand both. It is likely that in any workplace, people of more than one generation are likely to work together.

Professionals from the field of Human Resources and Organisational Behaviour examine how understanding generations can maximise workplace harmony and efficiency, and understand probable difficulties that they bring in such as interpersonal conflicts and attitudinal issues arising out of people from different generations working together. Attributing faults and problems to merely belonging to a certain generation may result in faulty attributions as well as poor decisions.

They provide a classification of generations for the Indian context, which is based on various events. These include, pre-liberalisation (Pre-1991), post-liberalisation (1991-2001), rapid growth (2002-2006) and plateaued growth (2007-12) and archetypes such as silver spoon, Gemini twins and rooted in the past generation.

Even though each nation’s millennials are different from one another, they are becoming more and more similar to each other than were previous generations, due to globalisation, social media, the exposure to western cultural influences, rapid pace of change and the speed of change.

Thus it may be incorrect to restrict people to fixed generations without considering individual differences. Lastly, there has been a significant lacuna in the methodologies adopted to study generations. One major recommendation is to follow cohorts in a longitudinal study so as to capture the dynamics of changes and variations across generations.

(The author is Professor at the Department of Clinical Psychology, National Institute of Mental Health and Neuro Sciences, Bengaluru. She specialises in cognitive behavioural interventions)

Can we please stop talking about generations as if they are a thing, asks Dr David Costanza, an associate professor of organisational sciences at George Washington university.
Excerpts from his research paper

What is a generation? Those who promote the concept define it as a group of people who are roughly the same age and who were influenced by a set of significant events. These experiences supposedly create commonalities, making those in the group more similar to each other and more different from other groups now and from groups of the same age in the past.

It helps that the idea of generations intuitively makes sense. But the science does not support it. In fact, most of the research findings showing distinct generations are explained by other causes, have serious scientific flaws, or both.

One of the biggest problems in generations research-inappropriate attribution of cause.

Research shows that in the USA, millennials joining the Army now show more pride in their service than boomers or Xers did when they joined 20-plus years ago. Is this a generational effect? Nope. Everyone in the military now shows more pride on average than 20 years ago because of 9/11. The terrorist attack increased military pride across the board. This is known as a period effect and it doesn’t have anything to do with generations.

OK, so what? Even if generations are not a thing, does it matter?

Relying on flawed generational science leads to poor advice and bad decisions. An analogy: Women live longer than men, on average. Why? They engage in fewer risky behaviours, take better care of themselves, and have two X chromosomes, giving them backups in case of mutations. But if you are a man and you go to the doctor and ask how to live longer, doctor doesn’t tell you, “Be a woman.” Eat better, exercise, and don’t do stupid stuff. Knowing the why guides the recommendation.

Imagine you are a manager trying to retain your supposedly job-hopping, commitment-averse millennial employees and you know that Gen Xers and boomers are less likely to leave their jobs. If you are that manager, you wouldn’t tell your millennial employees to “be a boomer” or “grow older” (nor would you decide to hire boomers or Xers rather than millennials-remember that individuals vary within populations). Instead, you should focus on addressing benefits, work conditions, and other factors that are reasons for leaving.