The terror of masculinity: It’s violent extremism and terrorism

Women are subjected to threats of rape and murder that are both designed to evoke fear and force them back back to the domestic sphere. 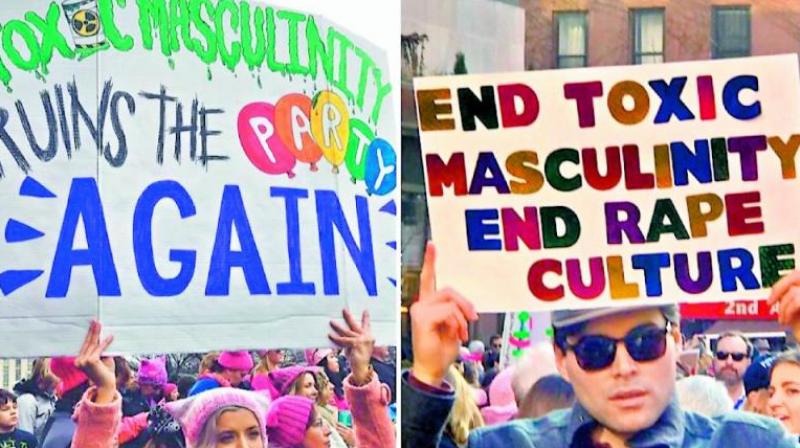 The misogyny that drives such violence treats women in much the same way as terrorists fighting their enemies in the name of an ethnic or religious cause.

Reports of sexual and physical violence against women in Western contexts are increasing. In Australia, for example, intimate partner violence is the greatest health risk factor for women aged between 25 and 44, and reported rates of sexual assault nationally have been climbing for the past five years.

Reports are increasing in wealthy global cities in particular including London, Paris, Toronto and New York. This has been at least partially attributed by some to the success of the #MeToo movement, though in the absence of quality data, this alone cannot explain what is occurring.

Globally, violence against women has been treated by international institutions as a “global pandemic” (World Bank), as a “global issue” (Unesco) and as a “major public health problem” (WHO). Such definitions draw on epidemiological terminology as though such violence is an illness that may be directly treated by controlled interventions. In this context, factors such as poverty, lack of education and even natural disaster are considered to be key contributing factors to physical and sexual violence against women and increasingly in form where governments direct both domestic resources and foreign aid aimed at improving women’s rights.

But if this analysis were complete, why would rates of violence be increasing in places where poverty is lower, rates of education higher, and women more engaged in public life than ever before?

In my forthcoming book The New Demagogues: Populism, Religion and Masculinity, I argue that we need to reframe how we view violence against girls and women. I have framed the term “ideological masculinity” to describe a new and more potent kind of gendered violence which is political and power-based. All too often violence against women and children, particularly murders of former wives and children, is described in the language of personal tragedy. Cases are individualised with defences of mental illness or personal circumstances. But these narratives cannot possibly explain the increase in physical and sexual violence we are seeing. Similarly, the psychological concept of “toxic masculinity” has been a valuable advocacy concept, though falls short in addressing the full dimension of the issue. I argue that there is a common, politically-charged narrative, grounded in the hatred of women. The misogyny that drives such violence treats women in much the same way as terrorists fighting in the name of an ethnic or religious cause to dehumanise their enemies as representatives of the evil “other”.

Ideological masculinity may be best understood as a self-sustaining political narrative centered on male victimhood, dispossession and depravation. In its full ideologically-driven manifestation, it is radical, seeking to promote a return to a perceived period of male supremacy, now lost to women’s rights and self-effacing men. It seeks to punish women who have “stepped out of line” through sexual, physical or verbal assault in the real world, or online. I consider ideological masculinity, in its most radical manifestations, to constitute an emerging form of violent extremism. Imagine a set of concentric circles. At ground zero, there are groups such as the Incel (involuntary celibates) movement that encourage extremes of physical and sexual violence against women who have deprived them of their “rights” to reproduction and sexual pleasure. Incels are very active online but their violent extremism has already escalated to terrorism in cases such as the Toronto van attack by Alek Minassian in April and the Elliot Rodger attack at the University of California in 2014.

Close to ground zero, perhaps within the same circle, we see threats to rape and murder women in online environments on the basis of their political perspectives. Female commentators, particularly self-identified feminists, in the social media landscape are routinely subjected to threats of rape and murder that are both designed to evoke fear and force them back to the domestic sphere. The violent language and actions of ideological masculinity fit neatly into the definition of violent extremism as “the beliefs and actions of people who support or use violence to achieve ideological, religious or political goals”. This includes terrorism and other forms of politically-motivated and communal violence and it also includes the language and symbolic behaviours that threaten or support such violence.

Little is being done to effectively curb the violent extremism of ideological masculinity. In one of many such recent incidents, Ryan Hawkins, a 20-year-old Adelaide man, wrote in response to a political post by feminist commentator Clementine Ford threatening, “I’m going to bash and rape you stupid little ****. Lesbian scum.” Ford shared the message to her thousands of followers, resulting in media scrutiny and a half-hearted apology but no police charges.

Imagine if instead a young Muslim man had threatened to rape and murder a woman commentator in the name of the ISIS. He would likely have faced prosecution on terrorism charges (on the grounds that the threat was against the public and advanced a political, religious or ideological cause) and the common defence given to Hawkins that his language was ‘mere rhetoric’ would have counted for little.

Terms such as “cyber hate” are inadequate for substantially changing public policy. We require a radical reframing of how we view violence towards girls and women which positions ideological masculinity as an emerging form of violent extremism, that uses violent language, individual violent actions and sometimes terrorism to advance an ideological agenda.

(The author is the Director of the Institute for Religion, Politics and Society at the Australian Catholic University, Melbourne, Australia)