This led to the academic quest for the 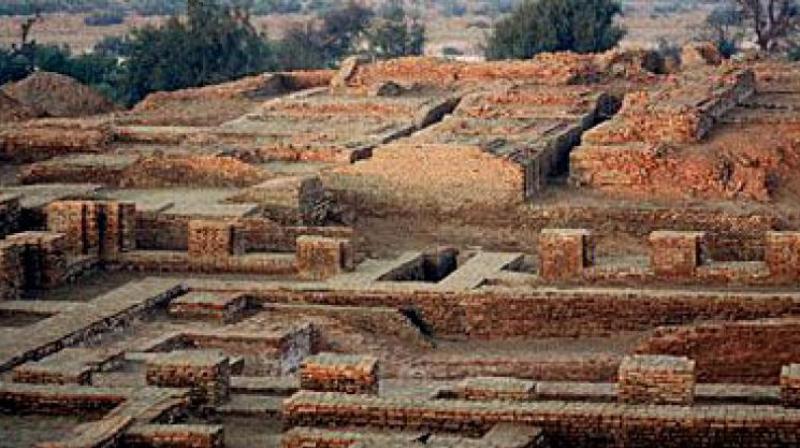 A team of ASI experts were involved in the excavation work at Keezhadi Pallai Sandhaipudur village. (Representational photo)

Every few months, in the last few years, different groups of “scientists” announce “results” of some “new genetic/genomic study”, “proving” the old colonial theory of an Aryan invasion of India. It is often cloaked in ambiguous terms, but not ambiguous enough for its target audience — political and academic groups committed to the theory that India was invaded by a race of people, popularly known as “Aryans”, who brought the Indo-European languages into India.

The latest study, ‘The genomic formation of South and Central Asia’, co-directed by Dr David Reich and an “international team of geneticists” is the latest in this series, which has enthused supporters of the Aryan Invasion of India Theory (AIT) and galvanised them into action in the media and social media in India. This latest paper echoes and substantiates with military precision the exact points enunciated by AIT scholars and activists since two centuries, especially on the chronological angle.

The very concept of an “Aryan” people — even as an entity, let alone as an invading race from outside India - arose from the revolutionary discovery by colonial scholars that Sanskrit and the languages of northern India and the languages of Europe, Iran and Central Asia, are related to each other and given the name “Indo-European” (formerly also “Aryan”). This led to the academic quest for the "Original Homeland" of this family of languages.

This was a question which arose solely from a linguistic fact (the linguistic relationship between all these languages), and three fields or disciplines of academic study have been involved for over two centuries in the elucidation of this problem: linguistics, archaeology and textual/inscriptional data (mainly the Rigveda and the oldest recorded Indo-European language inscriptions and documents from West Asia). The latest entrant in this field is genetics/genomics. The central factor in the debate is the date of the Rigveda, a text which the invading people are supposed to have composed in their first settlements in the northwest:

1. The Rigveda is the oldest recorded major text in any Indo-European language. As Ralph T H Griffith puts it in the preface to the first edition of his translation of the Rigveda: “in its original language we see the roots and shoots of the languages of Greek and Latin, of Kelt, Teuton and Slavonian, so the deities, the myths, and the religious beliefs and practices of the Veda throw a flood of light upon the religions of all European countries before the introduction of Christianity.”

2. It shows absolutely no extra-territorial memories and shows ancestral attachment to the geographical area extending from Haryana to southern Afghanistan, and particularly and originally to Haryana.

3. It does not refer to any linguistically “non-Indo-European” entities at all.

4. Even the rivers and animals in this area have purely Indo-Aryan (Indo-European) Sanskrit names, which is unparalleled in world history in respect of any conquered or invaded area.

The AIT scholars are compelled to locate the Rigveda between two known dates: a) The linguistically determined date of 3000 BCE, which was the date when all the 12 Indo-European branches were together in their Original Homeland (which was assumed to be South Russia) and started dispersing around that time.
b) The Buddhist period in Bihar from around 600 BCE, when it is definitely recorded that the whole of northern India was covered mainly by speakers of Indo-Aryan languages, and which definitely followed the periods of composition not only of the Rigveda but also of the three other Vedic Samhitas, the Brahmanas, Aranyakas, Upanishads and Sutras.

Therefore it is a life-and-death requirement for the AIT to date the Rigveda between 3000 BCE and 600 BCE, ideally around and after 1500 BCE.
If the Rigveda is proved to go beyond 2500 BCE or even 2000 BCE, the entire AIT structure collapses like a pack of cards. The archaeological consensus in western academia is totally against the AIT.

The text proves incontrovertibly that the oldest parts of the Rigveda hark back to a period around 3000 BCE, and certainly long before 2000 BCE, and that the Vedic beginnings were in Haryana in the east.

The unchallengeable evidence for this is given in the full version of this article on myblogspottalageri.blogspot.in. I challenge anyone to disprove this date, which is based on the Mitanni data, found in securely dated records in West Asia, and can be exactly dated: the Mitanni kingdom flourished from around 1500 BCE onwards in Syria and Iraq, and the Mitanni (and a related people, the Kassites), who were descendants of the Rigvedic Aryans, are found in West Asian records from around 1750 BCE.

In this circumstance, what is the value of these “genomic” claims by “scientists” who speak of an “expansion of pastoralist[s …] from the Steppe to Turan in the Middle Bronze Age (2300-1500 BCE)” and claim that these “Steppe communities integrated farther south throughout the 2nd millennium BCE” leading to
“the formation of present-day South Asians” and identify these genomic ghosts with “the populations that almost certainly were responsible for spreading Indo-European languages across much of Eurasia”? By trying to fit in their "genomic” data into the now completely discredited chronology of outdated Indologists, this “genomic” evidence stands totally exposed.

Human beings have been migrating from every conceivable area. Certain areas, indeed, like Central Asia, are seething hotbeds of ethnic migrations. India has seen countless migrations and invasions in the last many thousand years: we have Scythians, Greeks, Kushanas, Hunas, Arabs, Turks, Afghans, Ethiopian slave-soldiers and Persians invading, and other Persians and Syrian Christians taking refuge in India, and none of them retained their language, all of them adopted the local languages, but their foreign genes remain in the genetic record.

The “scientists” have only released preliminary trailers of their “report”. The full report is yet to come. And it will be answered in full by the appropriate people. However, many new strands of different foreign “genes” are discovered to be embedded in the genetic structure of different sections of Indians. All this has nothing to do with the question of the “Aryan languages” in India, and of the Original Homeland and the migrations of the ancient Indo-European tribes, since all this has already been answered: the Original Homeland of the Indo-European languages was in northern India, and the migrations of the other eleven branches of Indo-European languages from India is a matter of recorded history.

(Shrikant G. Talageri, who works at a public sector bank, has been prolific on historical topics and the Indian legacy. His major work is ‘The Rigveda: A historical analysis’)

Were beginnings of agriculture in north-western India helped along by the spread of agriculturists from western Asia, or did western Asian crops such as barley and wheat spread to south Asia without the accompaniment of migration?

Iranian agriculturists must have been in the Indus Valley at least by 4,700 to 3,000 BC. But there is evidence of the beginnings of agriculture in the north-western parts of the subcontinent much earlier. This could either mean that agriculture began locally without migrating agriculturists from Iran; or it could mean that Iranian agriculturists were in the region much earlier but the mixing between the two groups happened later. This will be definitively answered when the study based on ancient DNA from the Indus Valley site of Rakhigarhi in Haryana is released.

Who built and populated the Indus Valley civilisation? Were they migrants from western Asia? Or were they indigenous hunter-gatherers who had transitioned to agriculture and then urban settlements? Or were they Vedic Aryans?

The Indus Valley Civilisation was peopled by an admixed population of Iranian agriculturists and South Asian hunter-gatherers.

Was there a significant migration of pastoralists from the central Asian Steppe to south Asia who brought with them Indo-European language and culture and who called themselves Aryans? If there was, when did that happen?

The Indus Valley Civilisation was likely built and populated by a mixed population of Iranian agriculturists and south Asian hunter-gatherers; pastoralists of the south-eastern Steppe moved into South Asia in the second millennium, bringing with them Indo-European language and culture; the mixing between the Steppe people and people of the Indus Valley Civilisation caused the emergence of the Ancestral North Indian population; and the mixing between the Indus Valley people and the South Asian hunter-gatherers formed the Ancestral South Indian population.