World better place now: It’s not all that rosy as data show

Undoubtedly the world has become a better place to live in when compared with the past three centuries. 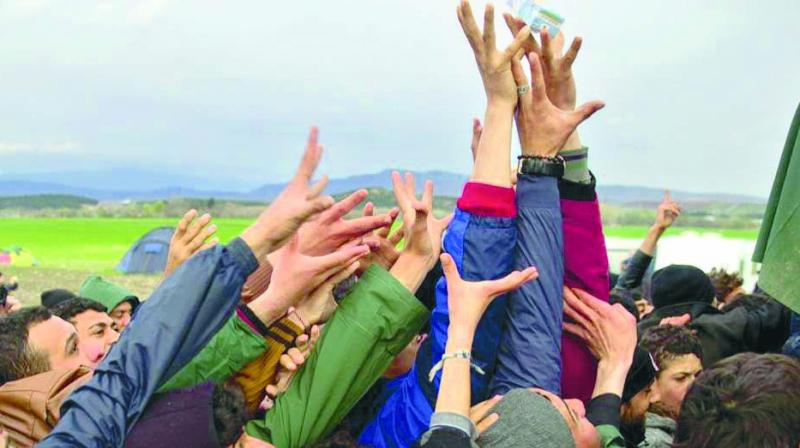 The book by Thomas Picketty, Capital in 21st Century, has clearly described how inequalities in advanced and other countries have gone up and this is becoming a menace to social life.

Undoubtedly the world has become a better place to live in when compared with the past three centuries. The days of Oliver Twist and David Copperfield are no longer living realities. The dark days of industrial revolution vividly described by Friedrich Engels in his book Condition of the Working Class in England have given way for more social security and labour rights. But that happened after much bloodshed in places like Chicago.

Through struggles the working masses have made the world a somewhat better place to live in. But all revolutions including the French and Russian had a meandering course. The post-revolutionary regimes too became ossified and the world did not become a place devoid of the evils of the past.

The late Professor Hans Rosling has stated stylised facts to prove the case that the world has become a better place. Like any other hypothesis advanced by partisans as well as neutral observers, his views are to be taken with caution.

Life expectancy has gone up. But one needs to factor in lifestyle diseases, a high level of morbidity, burgeoning cost of health care and inaccessibility to services which undermine the quality of life of a large number of people. Though absolute standards have gone up, relative inequality has risen. Global inequality has gone down, but within country inequalities have increased. This Prof Rosling too admits.

The book by Thomas Picketty, Capital in 21st Century, has clearly described how inequalities in advanced and other countries have gone up and this is becoming a menace to social life. The superrich get taxed less and inheritance income is growing as against earned incomes. This reflects the growth of an idle rich, which is at the root of growing inequalities.

The labour force is facing increased informalisation. Western multinationals are setting up sweatshops where cheap labour with no union rights is available. They reap super profits and the labour in their own countries face loss of jobs. This has fuelled protectionism and racism instead of workers’ ire against the capitalists.

Workers of the world are not uniting but getting fragmented. In this division, evils of an unjust system are being perpetrated. The working class parties of Eastern Europe and China neglected democracy and the regimes tottered. The western democracies too are becoming a façade and becoming shells within which the oligarchies thrive.

Data can show that world is becoming a better place. The same data when compared in a different matrix can give a totally different picture. Nothing is absolutely true. World has become a better place. But it is a highly unequal place, too. The pie of GDP is large but a larger share of the pie is taken by a smaller section. This is the scourge of the times.

Communal divide and extremist views loom large on the horizon. The worst of all, corrective individual voices are becoming fewer. The state authority is intruding into the private life of citizens and courts have to interfere more often than not to correct the wrongs.

One cannot paint a one-sided picture. Anxieties are growing despite improvements. Scales are tilting against the have-nots. These are intuitive and empirical realities. They are too stark to be ignored.

(The author is Visiting Fellow at the Centre for Development Studies, Thiruvananthapuram)