Seismological Research Letters published some time ago said 728 earthquakes over the past 150 years were induced by human activities. 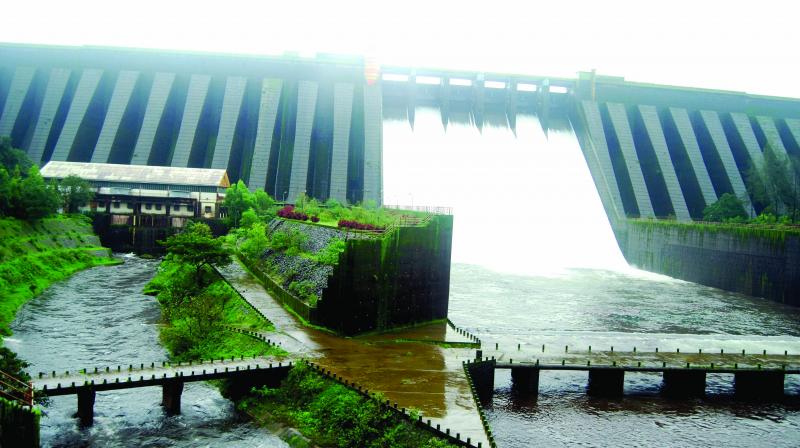 Calamitous times these are. If it is floods and landslides in the southwest, cloudbursts sap the hills up north. How many of them are manmade? Seismological Research Letters published some time ago said 728 earthquakes over the past 150 years were induced by human activities.

It is time we thought of short and long-term steps towards a sustainable development paradigm, a modern nomenclature that has lent itself to differing interpretations.

We may have to look at sustainable development in many sectors such as agriculture, fishery, animal husbandry, tourism, forests and the like because these are essentials for a society to survive.

The governments must thoroughly examine these areas and build the requisite infrastructure so that these become truly sustainable. However, in the developing countries, we are mostly focusing on creating urban infrastructure facilities without realising that these development processes depend upon the natural resources which are essential and integral to maintain  agriculture, animal husbandry, forests, etc. Since there is no rural development in the right sense, younger people are migrating to the urban areas for livelihood. The entire urban landscape is getting topsy-turvy with shortages in water, power and basic needs like vegetables and clean air getting tougher. Thus, sustainable development of agriculture is becoming a complex issue. With climate change becoming real, it’s tougher to hone and make land arable as the unpredictable rains and the sudden downpours and consequent flooding have left agriculture out of the productive gamut. You know that the Mediterranean region is good for certain food crops.

The Italians were very unhappy when they learned about the decline in the yield of Durum wheat which is grown there and Italians make their pasta out of this wheat. They love pasta, wine and music more than money. The Punjabi farmers had recently pledged to ensure their children do not take up agriculture as they see no future in it.

I happened to talk to an elderly agriculturist in North Karnataka recently. He said he was not happy and felt uncertain about the future because his two young sons left him and went to the cities as they were not happy living in the village. As there was no one to assist him, he abandoned agriculture. These urban uptakes and migration have caused great loss to agriculture. The urbanisation policies have been very detrimental to the environmental ecosystems and this hardly makes sense to the political dispensations. If urbanisation has to sustain, it must do at a premium.

As far as fisheries are concerned, there is a collapse in the fishing business as big companies have entered the sea with deep-sea fishing as the traditional fishermen are left to fend for themselves with the residue of the deep-sea gamble. A lot of European countries went to Africa to catch fish in the ocean after paying licence fees to the African countries where there was lot of fish before. However, many countries fishing in the ocean and staking their claims to it have been emptying the oceans of their marine fish species.

The fierce chase for affluence was the main staple of most companies and corporate giants which also brought the sustainable development paradigm into focus. As a matter of fact, sustainable development can be brought about by technological advances and sound management policies. However, this has to be done morally and consciously which needs a great commitment on the part of the management of the companies and also the stern policies of the government which must be clear about the issues of the environment, especially the need for social and economic justice. However, the term sustainable development lends itself to varying interpretations.

Today, the world is looking at the human- induced earthquakes which are caused by deep mining and major dams of river water. In the West it has been found that even injecting liquids into the earth to extract oil, energy and gas have caused seismic destructions and heavy losses of the resources and severely damaged sustainability. Hence, a seismographic study is concomitant for any meaningful project. We have a fault-line which runs and crisscrosses the regions of the Western Ghats of south India where constructing heavy water/river dams must be avoided. There is also a monumental consequence of mining, if not done scientifically.

Sustainable development will have to be looked at through this angle as the countries in Asia and Africa are launching major projects for economic development.

In the end, one thing is clear. Any myopic ideas of developing the economy on a larger scale has to be reviewed  for it’s not sustainable for any country to have a great economy in the long run, if it wants to live a sober, contented and happy life on this earth.