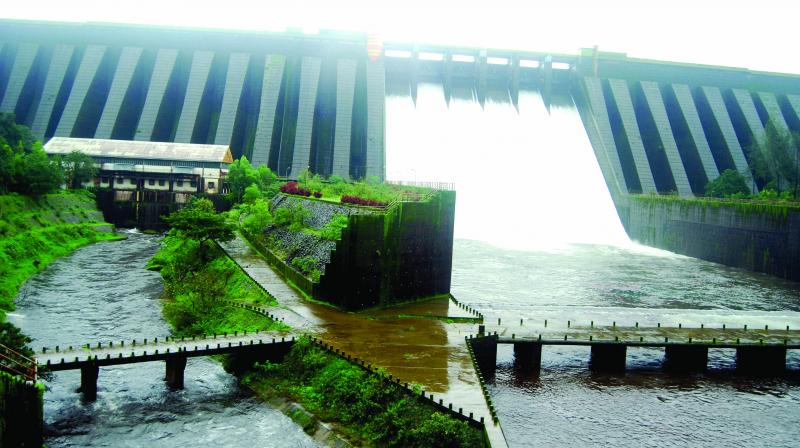 Earthquakes, landslides and tsunamis are unstoppable natural phenomena, initiated by major earth processes initiated inside the earth. But across the world, links between human activity and earthquake have been studied.

In Denver Colorado, USA, wastewater pumped into earth through deep boreholes initiated moderate scale earthquakes. In south Asian countries, including India, tectonic activities in historical as well as recent times have shown that besides natural phenomena, man influence is one of the factors. Koyna earthquake of August 2019 has repeated again, recorded several times since 1967. This quake happens due to leakages from Koyna dam reservoir in Koyna city of Maharashtra.

The quakes are moderate in nature but may also trigger large earthquake. The construction of dams and reservoirs in hydroelectric projects changes the soil moisture condition and influences the ecological system which may trigger landslides. Landslides further can initiate earthquakes owing to changes in geostatic (pressure exerted my mass of rock) and hydrostatic pressures in interstices of the subsurface.

Studies investigating geochemical (relating to chemical composition of earth and its rocks and minerals) changes in groundwater brought about by seismic activity began in the late ‘60s and ‘70s. Such investigations recorded that major and minor earthquakes resulting from disruptions along fault planes may significantly alter the groundwater regime of an area.

The disruption within the ground layers can influence both the quality and quantity of groundwater within aquifers (a body of permeable rock which can contain or transmit groundwater).

This change can be brought about due to mixing of water between different aquifers, influx of water from surrounding areas, changes in dissolved gas concentrations and mineral dissolution at the rock-water interface or through infiltration of pollutants from soil or ground surface.

Changes in the chemical properties of groundwater can be brought about by change in local water circulation and change in temperature and water pressure within rocks and aquifers. It has also been observed that when earthquakes occur repeatedly they leave a geological signature in the recent stratigraphic — rock layers (strata) and layering (stratification) —  sequence and topography of the area which can be explicitly correlated to the intensity of the seismic activity. Seismic activity can induce hydrochemical changes depending on the hydro-geological properties of a seismogenic (quake-producing) area.

Seismically induced changes in various physico-chemical and isotopic characteristics of groundwater suggest that such groundwater properties may be monitored to search for precursory signatures. Anomalous changes in hydrochemistry or hydrogeology in seismically active areas can be explained by models studying local structural characteristics and hydrodynamics of the area.

According to the elastic rebound theory, during an earthquake the accumulated energy spreads from the stressed to the unstressed rocks upon disruption along fault planes. Consequently, it has been investigated in several studies that the frequent generation and release of the stress from the bedrock would lead to hydrochemical dynamics in the local aquifers in terms of the mineral dissolution brought about by the dissipation of this stress from the stressed rock ends in the fault zone towards unstressed rock layers.

Groundwater-level fluctuations also occur, acting as precursors of earthquakes occurring within the region. Further, electromagnetic fluctuations in these regions can be linked to charged particles reaching up to the surface and causing atmospheric as well as ionosphere perturbations. Several major earthquake events have been linked to magnetic anomalies being recorded a few days before the occurrence of an earthquake. These changes can also be correlated using night-time infrared satellite images to map potential zones of activity.

Studies have reported changes in groundwater and surface water discharge linked to seismic and volcanic activity. Groundwater level is known to be affected by the application of pressure and earth tides.  Many observations have revealed that well-aquifer systems can fluctuate with change in earth-tides, barometric pressure changes, fault creep, surface loading and seismic wave.

Moreover, groundwater behaviour is largely influenced by the local stratigraphic variations, lithology, tectonic framework as well as the hydrogeochemistry of the area.

Fluctuations in groundwater level have been inferred to be related to changes in crustal strain and the successive production of micro-fractures prior to earthquake rupture.

Other observations have also confirmed another class of water-level response linked to large earthquakes occurring at distances of several kilometers from the epicentre.