The ‘Google it’ generation

The availability of ready information affects our motivation to think and limits our problem-solving skills. 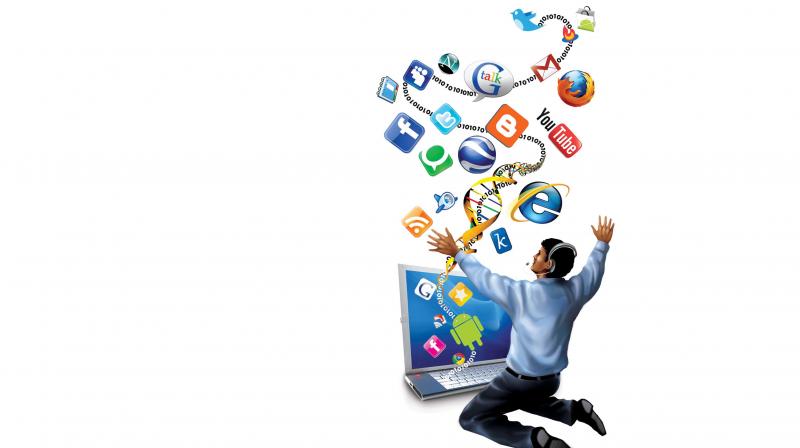 Google founders Larry Page and Sergey Brin’s original mission was to örganise the world’s information and make it universally accessible and useful.”In this, they have been successful beyond their dreams, and Google has become the world’s most valuable company. But what is the impact it is having on its users, which is practically all of us?

Cogito, ergo sum, said Rene Descartes. I think, therefore I am. But we no longer need to remember our friends’phone numbers, know how to multiply two numbers, or observe and think whether plants are living beings like us or not, because all answers are available on the WWW. A generation down the line, will man still be the ‘thinking animal’?

On a wet cosy evening in a colonial club in the hills, holidaying families from Chennai lodged a ‘strong protest’ with the management that they lost a quiz competition as a team tucked away in a corner cheated in getting their answers from Google on their phone.

The quiz loss complaint is actually a very trivial affair, a fun thing really, as it was quite a harmless application of the World Wide Web  for a solution. But as one begins to fathom what all could be sourced from cyberspace, it becomes as awesome as trying to cap infinity.

You have everything available on the Net, from instructions on grooming a cat to making a bomb; not to mention wonderfully useful information for all sections of people, from schoolchildren to university scholars, homemakers and holidaymakers, professionals and pensioners, farmers and weathermen.

While detailing a disturbing chronological account of almost three decades of Internet-inspired bomb-making, Wikipedia has a para on British student Isa Ibrahim, sentenced to 10 years in jail in July 2008 for planning to bomb a mall with a suicide vest explosive made with instructions found online. That’s mild reading on Wikipedia actually, considering that on the same page you also have the 2004 Madrid train bombers, who killed 191 people and wounded 1,800 with explosives made using instruction on the Web.

“Please don’t brand the Internet as though it’s just a hellish peddler of villainy. The Web has revolutionised teaching and learning, it has brought knowledge at the ‘finger-tap’ to the seeker in the remotest corner of the globe. It has demolished economic barriers as even a poor rural student can access high-class knowledge sourced from experts at low or no cost”, says Dr Vasantha Kandasamy, a professor at the Vellore Institute of Technology (VIT), whose 126 books on higher mathematics, all highly-rated, are on the Web for global students and researchers.

She says, “If I need some information for my research, I am able to get it on the Net in a minute. Earlier, it would take months of running around libraries and poring through heaps of books. Internet is certainly a boon. In fact, my own professional life and academic achievements would not have come to light but for the Web”.

Another celebrated teacher has a different take on this. Dr R. Kishore Kumar, Chief Mentor, St. John’s Public Schools, Chennai, says technology has given the teacher tools to boost the student’s learning capabilities but then, he  cautions, it is becoming difficult to keep children from drowning in the virtual world and to help them develop independent/individual cognitive skills, instead.

“Education no longer focuses on producing a creative  society, but rather on one that feeds voraciously on ready knowledge. Developing creative skills in the student becomes tough for a teacher in this environment. People now think less on their feet and rely more on search engines,” says Dr Kishore. He is worried that children, ‘facilitated’ now by social networking sites and cell phone texting, have forgotten the formats of writing prevalent in prior generations.

“A relative lack of research is noticed with the advent of search engines. Availability of readymade knowledge affects our  thinking and limits our problem-solving skills. This is where schools play a pivotal role, in training students to write composition to develop independent writing and note-making skills, which in turn helps in generating ideas,” Dr Kishore says, adding, however, that “the most disturbing element is our dependence on this virtual world and distancing ourselves from core human values like empathy and concern.”

“The person sinks deeper and deeper into his virtual world. His solitary lifestyle has space only for himself and his mobile phone as he locks himself up in his room. It gets worse in time as the person withdraws further into his virtual word, even blaming the family saying that they are excessively critical of him,” says Dr Manoj Kumar Sharma, Additional Professor, Department of Clinical Psychology, National Institute of Mental Health and Neuro Sciences (NIMHANS), Bengaluru.

“He is no longer a regular person, thinking, deciding and acting normally. Sleep gets disturbed. Communication gets derailed,” says Dr Sharma, who recently treated a 24-year-old patient from West Bengal brought to him with decreased communication with the family and interpersonal maladjustments because of intense addiction to Wikipedia.

The man had first accessed Wikipedia for normal information but in course of time, turned to it for everything, including spiritual issues. He would spend day and night on Wikipedia, even skipping his eating and washing routines. A stage came when the youth feared that his life would collapse without Wikipedia and began to carry it on his gadget even to the toilet.

Doctors have been speaking about ‘Digital Dementia’ since the early 1990s. Things have gotten worse with the galloping spread of smart phones and gaming devices. Heavy users are likely to develop only the left side of the brain, leaving the right side untapped and underdeveloped. The right side being linked to concentration, its neglect affects attention and memory span, which could lead to early dementia.

Some see a silver lining in this scary picture. “Not all the effects are negative. For instance, people actually spend a lot more time reading —  facebook posts, news, twitter, whatever — than they would otherwise. They are reading, not books perhaps, but stuff on the phone,” says author Meena Kandasamy, adding, “On the other hand, attention spans are narrowing. We no longer want newspaper-style engagement, we want arguments in twitter-friendly formats.”

Meena says, “The thing with Google is also that you get precisely the very information that you want — which is cool and brilliant and easy and lovely. But it takes away the charm of old-fashioned research — having to read truckloads of stuff in order to stumble upon what you are looking for.”

Her sister Dr Ilanthendral, who teaches Information Technology students at the VIT, says the Internet has undergone a paradigm shift with the advent of Artificial Intelligence, Big Data, social media and IoT. “As research on AI continues to grow, a more intelligent and smart Internet will evolve, the better designed and tailor-made the apps would become, and life would become easier. As of now, sitting in the office, we can easily be alerted if an intruder is in the house, thanks to IoT. In the future, many more interesting things will be possiblewith a tap on the phone,” she says.

Isn’t all this technology making us lazy? “No one these days tries to add a few numbers mentally; they reach out for the calculator app on the phone. While the internet has made obtaining answers easier, it has also made people app-dependent.  Will this lead to smarter apps and people who are unwilling to think?” wonders Ilanthendral.

(The writer is Executive Editor of Deccan Chronicle)