Time to bring about a positive change

The government needs to listen to the various histories and lived realities of the various segments of this constituency. 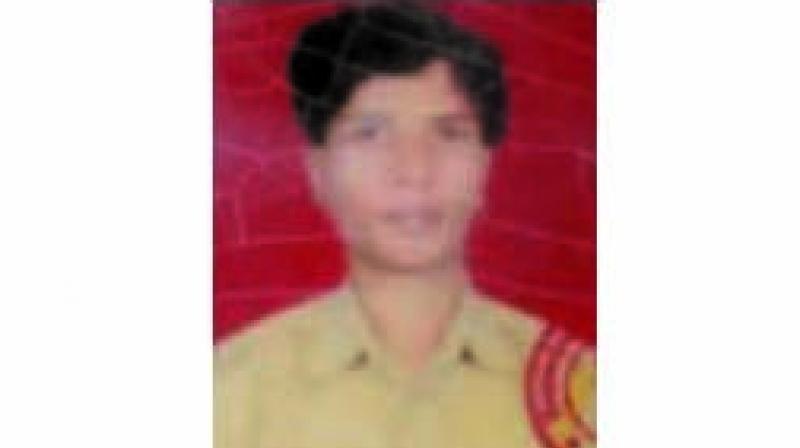 Of late, the media spotlight has been on the personal and professional lives of some transgender persons. But it’s time we threw some light on the rights of transgender persons. The judiciary, government and society as a whole needs to change their outlook towards sexual minorities and support their constitution.

What is common between Indian Navy sailor Sabi Giri (aka Manish Giri), Beed constable Lalita Salve and aspiring airhostess Shanavi Ponnuswamy from Tamil Nadu? All three are transgender persons without jobs. Although qualified, Giri and Salve were discharged from their steady jobs for undergoing sex change, while Ponnuswamy was denied a job by Air India after sex reassignment surgery to become a woman.

Around 18 countries in the world allow transgender people to serve in the armed forces. India, unfortunately, doesn’t. Work situations usually reflect the gender segregation that exists in our social spaces. There are cultural and historical reasons for this. So in a situation when a transperson is in a gender-segregated work situation, making a public claim of their self-determined gender can jeopardise their employment. This is where the significance of affirmative action comes in.

These cases have brought the spotlight on a rarely discussed, but important issue — the rights of transgender persons and the need for the judiciary, government and society as a whole to change their outlook towards the rights of sexual minorities. Transpeople have to be given reservations in government jobs and it is something we need immediately to prevent discrimination in employment.

In 2014, the Supreme Court in the landmark National Legal Services Authority (Nalsa) judgement officially recognised and guaranteed constitutional rights to all transgender persons. Later, the Transgender Persons (Protection of Rights) Bill was introduced, which will be reintroduced now any time in the Winter Session of Parliament. There is a lot of talking.

But where is the Bill? The Nalsa judgement was out in early 2014, with a six-month implementation period given to the government. After recurring delays from one Parliament session to another, we are back to square one with the current BJP government summarily dismissing the Parliamentary Standing Committee Report on the Bill. They are proposing to table their own earlier version of the Bill which many sections of our communities have clearly rejected.

The current government is driven by the idea of parampara, and this may result in a version of the Bill that may only deliver for the hijras/kinnars.

They will be violating the rights of the trans and intersex citizenry of this country if they fall back on outdated gender categories of male, female and third gender based on biology.

The BJP-led government has failed the trans, intersex, and gender variant citizens in spite of making grand promises. This news is terribly disappointing to say the least, and outrage has been expressed by many trans and intersex activists.

The Bill, if tabled in its current form, does not uphold the right to self-identify gender. It proposes physical screenings by district screening committees to certify trans, gender variant, and intersex people as transgender. It offers token measures in the name of anti-discrimination, and refuses to recognise the distinct, even though sometimes overlapping, concerns of trans and gender variant individuals from intersex persons.

The Bill also criminalises begging, proposing six months to two years imprisonment with fine. This puts vulnerable trans and intersex women who beg on the streets of India, due to lack of any other livelihood options, at grave risk of further police and state violence.

The Bill is simultaneously silent on alternative livelihood schemes and does not address the issues of affirmative action in education, employment, and trans and intersex healthcare. This is a grave violation of the 2014 Indian Supreme Court’s Nalsa judgement on trans, gender non-conforming individuals' and intersex rights and is not in consonance with international precedents that honour human rights. While many countries have made exemplary strides in trans and intersex rights, (e.g. Malta and Argentina), India will be stepping backwards in immeasurable ways if this Bill is passed.

Various sections of our communities worked with the ministry of social justice and empowerment over many months, culminating with the depositions held till the end of last year. The government has acted undemocratically, making a mockery of our communities, our efforts at collaboration, as well as the very Standing Committee they appointed.

We reject the current version of the bill, and will question, resist, and oppose it with any means necessary. All citizens are sovereign persons, and it is not for any government or state mechanisms to tell us what our gender identity is. It is for us to self-determine. Similarly, it is not up to any government to propose schemes that violate our right to dignity and life. It is the government’s political obligation to consider recommendations, given repeatedly (over many months).

Also, there are numerous facts and myths associated with persons that come under the umbrella of sexual minority. But there will be a future for all of us only if there is no fear of rejecting the fossilised, redundant categories of thought and praxis, and most importantly, if we retain the best of tradition by constantly renewing it. We seem to lose sight of the fact that tradition is not for its own sake. At the centre of any tradition is a human being. Whose sense of self and inherent dignity will always be non-negotiable!

Transgender persons are those who are socially, legally and medically categorised as being either male or female, but who assert that this is not their self-identity and/or expression. Transgender people may or may not be intersex.

Intersex persons are those who have a typical sex characteristics (anatomical, chromosomal, hormonal etc.) that do not conform to the social, legal and medical categories of being either male or female. Intersex people may or may not be transgender.

Some demands of trans, gender variant and intersex groups

• The right to self-identify one’s gender without physical screenings/evaluation should be upheld in consonance with the Supreme Court Nalsa judgement. The provision of district screening committees must be struck down.
• The provision of criminalisation of begging should be removed from the Bill because it will lead to the further criminalisation of vulnerable trans communities struggling to make a livelihood.
• The definition of family must be expanded to include families of choice/adoption to stop criminalisation of hijra family structures.
• Medical negligence cases and human rights violations in trans healthcare must be punished under the criminal justice system and provision be made for the same.
• Juvenile justice shelters, short stay homes and prisons must be equipped to provide education and healthcare to trans people in those facilities.
• The provision for affirmative action in education and employment should be reinstated in accordance with the SC judgement.
• Special quotas should be given to trans persons belonging to SC/ST/OBC to ensure access and equality.
• A separate definition for trans and intersex identities to be adopted.
• Rename the Gender Bill as the Rights of Transgender and Intersex Persons Bill.

Moving with the times

The third gender has always existed and played an important role in Indian civilisation. There is mention of third gender individuals during the Vedic period and the Mughal era. In fact, many held important positions and worked as royal aides and guards of the harems. The social fabric was torn by British rulers who labelled them and other sexual minorities as “criminals”.

(Satya Nagpaul is an award-winning cinematographer, transman and queer activist)