Gender pay gap: Let’s not wait 170 years to close it

On the pay parity aspect, a 2016 WEF report said global economic disparity between men and women is rising. 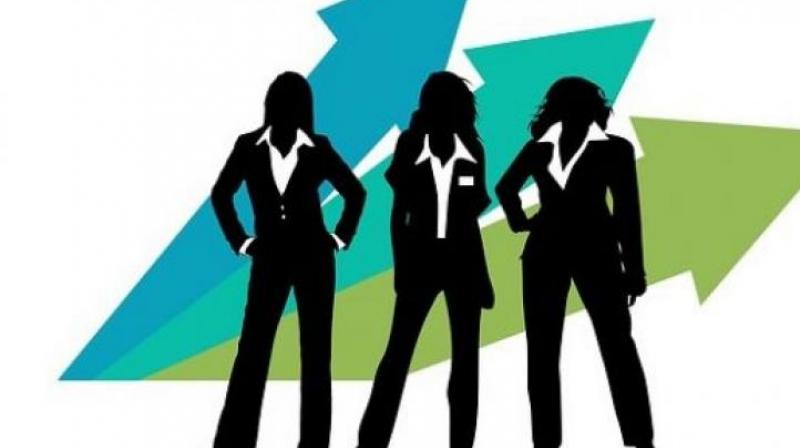 Healthcare seems to have better pay parity and the best representation of women.

There is little doubt that women are a vital resource in the global demand for talent. However, their representation in the workforce remains low, the gender pay gap continues to stay wide. The Global Gender Report 2015 by the World Economic Forum (WEF) ranked India at 139 out of 145 countries on the representation of women in the workforce. Syria, Pakistan, Saudi Arabia and Yemen are among the few that rank below India. On the pay parity aspect, a 2016 WEF report said global economic disparity between men and women is rising. In fact, WEF has forecast that it will take 170 years for the gender pay gap to close!

Gender pay parity is a global concern today. World over, we continue to see serious wage gaps between men and women. The top three sectors where this gap is most profound are consumer, mobility and financial services. Healthcare seems to have better pay parity and the best representation of women.

India Imbalance
In India, the genesis of gender inequality is largely due to socially constructed roles, and persists despite several initiatives, both globally and in India, over the decades to drive gender inclusion and equality at work. For instance, the International Labour Organization’s (ILO) Equal Remuneration Compensation No 100 of 1051 was ratified by India as far back as 1958.

Based on the Monster Gender Pay Report 2016, which was conducted across industries, the overall gender pay gap in India stood at 25 per cent last year, a two-percentage point drop from 27 per cent in 2015. This is, of course, an improvement, largely the outcome of interventions that are happening at the policy level in the government and in the industry and serious efforts to include women in the system. One of the most successful and focused government schemes to increase female employment is the Mahatma Gandhi National Rural Employment Guarantee Act (MGNREGA), where one-third of the jobs are set aside for women. Outside government, one successful programme in the non-corporate sector is the Self-Employed Women’s Association (SEWA).

The sector that shows the best gender pay parity in India is Education and Research, according to the Monster report. Banking & Financial Services in India, which has probably been the most progressive when it comes to breaking the glass ceiling, also shows better gender pay parity.

In India Inc, one of the first sectors that led gender inclusion, driven by inclusive education, was the IT  industry nearly two decades ago. Today, at the entry level, the joining ratio of women is over 40 per cent at Capgemini, while the company’s India diversity average is 31 per cent. When it comes to pay parity, we evaluate pay distribution based on roles, grades, skills, pay progression for promotion and gender and it has been our endeavour to drive pay parity between genders to promote women leadership.

However, one of the key observations, according to the Monster Salary Index, is that IT has an average gender pay gap of 38.2 per cent, which is one of the widest observed. Women earn Rs. 142.5 less per hour than men. While IT companies have always seen themselves as equal opportunity employers, the latest Monster report raises the need for greater introspection by the industry.

Greater Inclusion
While gender wage gap is one big challenge, another is the exit of women at mid-managerial levels, where nearly 48 per cent of women are estimated to exit the workforce in India. The general observation is that these exits usually happen at the childbearing/early motherhood stage, or in later years when women need to take care of children.

One of the most important steps is to first bring in greater inclusion at all levels. To bridge the gender gap that’s prevailing across industries, companies are making efforts both at the entry and managerial levels to either retain women employees or bring them back into mainstream career. From ‘Career Comeback’ programmes to extended maternity leaves to flexi-work options to additional benefits at the workplace, corporates are rolling out several initiatives to drive inclusion. Significant investments are also happening to ensure career progression for women and create a leadership pipeline at the senior management level. Capgemini, for example, was one of the earliest companies in the industry to extend maternity leave to 26 weeks, even before the government passed the Maternity Bill. Additionally, we offer leaves for miscarriages and adoption. To accelerate change, there needs to be a pan-industry collaboration and sharing of best practices.

Equalisers
Some of the important equalisers of the future could possibly be Digital Fluency, Career Planning and Self Development. Digital fluency is one of the easiest to achieve, given the comfort of young adults with gadgets and digital technologies. The crucial differentiator is, how to leverage the digital world to learn and work better.

Career planning and focus on learning and self-development are also likely to help women move forward and help bridge this divide. A crucial part of career planning is to plan support for your personal commitments while you continue to pursue your career. Pepsico CEO Indra Nooyi, in one of the most candid conversations on work-life balance, had said, “the biological clock and the career clock are in total conflict with each other. You have to co-opt a lot of people to help you.” Simply put, women need to plan for both the personal and professional commitments to sustain and grow equally in both.

Finally, several studies across industries reveal that men, unlike women, invest more time and effort on learning and development that aligns better with their professional goals and helps them grow faster in their careers. For example, we have initiated several training and upskilling programmes in Capgemini,  and we would like to see more of our women employees pursue these development opportunities.

Addressing these aspects could play a significant role over the next decade in bringing in greater gender pay parity.