Discourse   17 May 2018  Deciding who can access satellite data
Discourse

In fact, data from more than half of all unclassified government Earth observing satellites launched between 1957 and 2016 is restricted in some way. 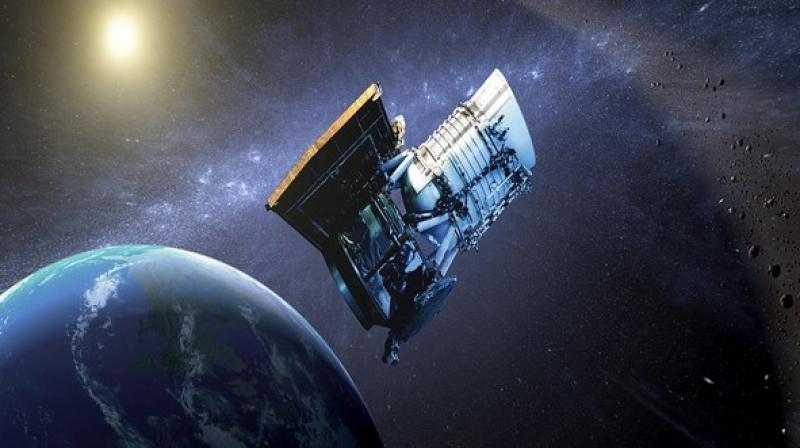 Data from more than half of unclassified Earth-observing satellites is restricted.

Since the beginning of the space age, nations have launched nearly 500 unclassified Earth observing satellites, each with the ability to add to our understanding of these challenges. Some agencies — the US National Aeronautics and Space Administration (Nasa), the European Space Agency (ESA), and Brazil’s National Institute for Space Research (INPE), for instance — make most or all of their environmental satellite data available to all users free of charge.

However, many agencies, including the Indian Space Research Organisation (Isro), restrict access to data from many of their satellites. In fact, data from more than half of all unclassified government Earth observing satellites launched between 1957 and 2016 is restricted in some way.

My book, Open Space: The Global Effort for Open Access to Environmental Satellite Data examines why some nations restrict access to data from their unclassified government satellites, while others make the data freely available. A series of historical case studies, as well as a broad survey of national practices, shows that economic concerns and agency priorities shape the way nations treat their data.

Satellites are expensive tools, and many nations have attempted to sell their satellite data to help reduce the burden on government agencies or promote the growth of a commercial remote sensing sector.

As Dr K. Kasturirangan, former chief of Isro, states: “There has to be a logical cost recovery mechanism for data.”

Historically, efforts to recover costs by selling satellite data have not been very successful. The revenues generated from these sales are low, and the restrictions needed to enable data sales have a significant negative impact on use of the data by researchers, non-profits, and government agencies.

Satellite data sales efforts by the US National Oceanic and Atmospheric Administration (NOAA), the European Space Agency (ESA), and the US Geological Survey (USGS) were abandoned, in part, because of the failure to bring in significant revenue.

In most cases, making satellite data freely available maximises the benefit to society. When more data is accessed more research is produced that improves scientific understanding and more products are developed that offer useful services. Before data from the US Landsat programme was made freely available in 2008, its largest annual distribution was 25,000 images sold in 2001.

Within a year of the open data policy being put in place, more than 1 million images had been downloaded.

In some cases, nations don’t make their satellite data available because data distribution and utilisation is not a top priority of the programme. Of the 35 nations that have been involved in the development of an Earth observing satellites, 25 have developed five or fewer satellites in their history.

In some cases, these smaller programmes develop satellites as part of a capacity building project, allowing researchers to get hands-on experience. Resources are not provided to facilitate broad sharing of the data, as this is not a primary goal of the programme.

Agencies sometimes believe that there is not significant demand for the data from their satellites, particularly relatively simple satellites undertaken as technology demonstration or capacity building projects. Data from older satellites, which may have used less advanced technology, often falls into this category as well.

In these cases, organisations like the intergovernmental Group on Earth Observations (GEO) can help to connect researchers with government agencies to demonstrate demand for the data. International organisations can also encourage data sharing by ensuring that agencies receive global recognition for their sharing efforts. Agencies with advanced data-sharing infrastructure can help nations with smaller programmes to set up data portals, or even offer to host foreign data in their own systems.

Satellite technology is advancing, and data sharing efforts will need to evolve as well. A new wave of commercial remote sensing companies is focused on providing new types of Earth observation data. Governments will need to develop innovative ways to work with these entities to leverage the new developments while still maximising data access to benefit society.

In the case of both commercial and government satellites, the volume of data is increasing dramatically. Landsat 8 satellite collects about 1 terabyte of data each day. It collected more data in its first two years of operation than Landsat 4 and 5 satellites did in their 32-year lifespan. After it is launched in 2021, the Nasa-Isro Synthetic Aperture Radar Mission (Insar) is expected to generate as much as 85 terabytes a day.

These new systems enable exciting science using big data methods, but they will also require new systems for storing, accessing, and analysing data. Data policies will need to be examined and updated along with the technology.

Satellites contribute significantly to our understanding to a wide variety of environmental challenges, but to best utilise this technology, we need to share the data broadly to ensure it is used to its fullest extent.