The fact remains that core issues seem to be getting sidelined and shrill noises with agendas are taking over the debate. 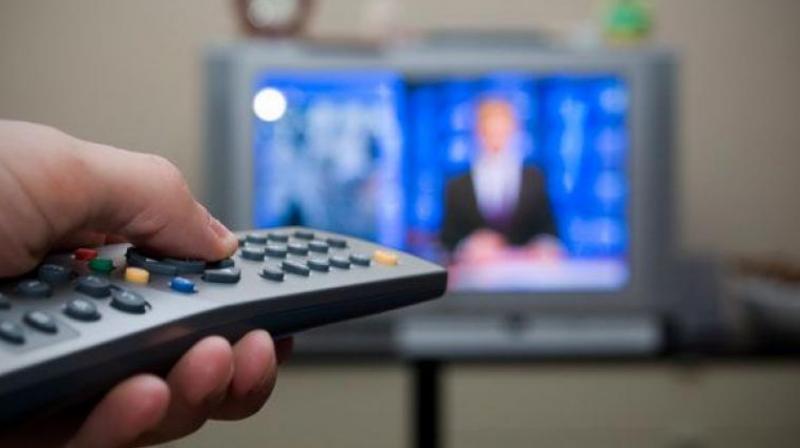 This is a trend visible not just in TV studios but across social media, in colleges, on public platforms and even in friendly groups in cafes.

The space for public debate and exchange of ideas is fast shrinking. What is taking its place is a deafening cacophony of bigoted, misogynistic ranting on electronic media and various social media platforms.

Padmavati is now Padmavat. Phew! We all heaved a collective sigh of relief as the crisis was averted. But hold on, apparently not yet! The movie is still objectionable to a few who have not seen it. This was big breaking news that once again had TV studios clamouring for answers in what is the big prime-time tamasha where nobody wants to have a conversation, deliberate on any opposing views or even discuss facts. It’s a bunch of people with fixed viewpoints arguing, squabbling and rebutting.

As I watch news channels, one thing that stands out stark and sharp is that there seems to be no place for a healthy debate, anywhere. Blame it on formats, the ratings race, the need to have a controversial stance or to anchors too big for their boots or simply to the rising disregard for views other than one’s own. The fact remains that core issues seem to be getting sidelined and shrill noises with agendas are taking over the debate.

People with agendas have always been a part of news discourse, but in the last few years, their role seems to be expanding and along with it, discordant and shrill statements. This is a trend visible not just in TV studios but across social media, in colleges, on public platforms and even in friendly groups in cafes. We seem to be losing sight of the debate and instead becoming hysterical and verbally assaulting the other person’s views, rudely cutting off people while they are talking. Making personal comments, getting abusive, and even threatening, all this is now a part of “debate”. We are living in the age of toxic loyalties that are often deaf and blind to rational behaviour.

India loses a match to South Africa by 72 runs on Monday and some netizens troll Anushka Sharma blaming #Virushka for the defeat.

The Supreme Court agrees to reconsider its decision that upheld a law that criminalises homosexuality, and Subramaniam Swami roots for the archaic Article 377 because he feels gay people need to be punished if they flaunt their sexuality.

A 30-year old woman is allegedly raped in Karnataka by two security guards at a tennis club; the home minister wants to know why she was playing tennis so late. Crimes against women are rising — blame it on adverse stars, said a Chhattisgarh minister a few years back.

The violence that occurred on January 1 this year, during the bicentennial commemoration of the Koregaon-Bhima battle, in which British forces and a company of Dalits defeated the army of the Peshwas 200 years ago, is another case in point where space to allow different viewpoints and perspectives is fast diminishing.

We are fast becoming more argumentative and forgetting the “art of conversation” and “healthy criticism”.

In a democracy, we need to remember to have civilised and democratic debates and be willing to allow multiple viewpoints to co-exist. Today, a neutral view or a fair critique seems like a far-fetched theory, especially when it comes to social and political views. Nationalism has become an excuse to divide and create a continuous civic turmoil rather than drive positive change. Polarisation in public discourse seems to have become the norm. Sadly, everyone today is being forced to take sides or is being branded with labels. Like it or not, accept it or not, you are either a bhakt or a pseudo liberal. You are no longer an individual with a fundamental right to a different, informed and balanced viewpoint.

The few that question and want to have a fair debate based on facts and merits are becoming victims of powerful lobby groups that go into hyperactive mode, abusing and trying to shut them down. The FIR against the reporter who did the story on Aadhaar data breach is a classic example of this. Ignore the issue, focus on the irrelevant. Some of our politicians and culture vultures have hit a new low when it comes to political differences in talking about rape and women’s rights issues. A dangerous trend is abuse and threat that has become part of conversations and discussions. Threatening a woman with rape or murder because you do not agree to her views, or you feel that she has in some unimaginable way hurt your pride, is a reality that is not only shocking but also scary. This is happening across the world, in the US, Europe, the Middle East and South East Asia. Be it issues of racism, human rights, immigrants, jobs, religion or women’s rights, the space for constructive debate is shrinking and that of loud propaganda is expanding.

A case of falling levels of debate was CNN’s Jake Tapper’s interview with the White House senior adviser Stephen Miller. The interview clearly went off the rails soon after Tapper pressed the White House aide on claims about President Donald Trump in Michael Wolff’s new book on the administration, Fire and Fury: Inside the Trump White House. Miller was busy blasting CNN and trying to position Trump as a “political genius”, while Tapper cut him off mid-sentence saying, “I think I’ve wasted enough of my viewers’ time.” Is this the beginning of the end of debates?

Today, we have the power to alter national dialogue, but only if we walk away from imposing our views and come together for constructive and healthy debate; allow ourselves to listen, understand and give space to views beyond ours.

(The author is a believer in the power of communication. She is a media consultant with almost two decades of experience across journalism, communications, campaigns, social impact and strategic brand building.)