Discourse   13 Aug 2017  Rewriting History: Is there a Need?
Discourse

Rewriting History: Is there a Need?

Since the British were the last rulers of India, the pro-British bias is even more pronounced. 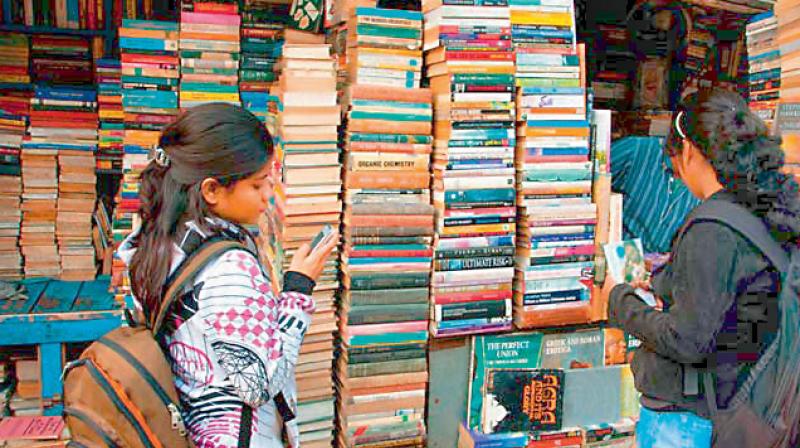 A lively debate has begun in the media on the issue of changes made in the history textbooks of schools in Rajasthan and now in Maharashtra.

There has been hullabaloo over the change/obliteration of certain historic events and personalities from history textbooks in Rajasthan, Gujarat and Maharashtra, all BJP-ruled states. While our ‘learned'’netas burst into histrionics to prove their itihaas, some historians say the reality of India is that we don’t know about our own history because we are such ‘colonised’ people.

A lively debate has begun in the media on the issue of changes made in the history textbooks of schools in Rajasthan and now in Maharashtra. Not having studied Rajput history or the battle of Haldighati, which is now being claimed as a victory for Rana Pratap and not Akbar, I will refrain from commenting on the issue. But applying pure military logic, if Akbar had won such a great or comprehensive victory, how did Rana Pratap survive and subsequently establish his own kingdom at Udaipur?

It must be noted that none of Akbar’s adversaries who lost a battle against him survived to tell the tale. But as mentioned earlier, the whole episode needs further research.

It is a well-known fact that history is written by the victors. Since large parts of Rajasthan and North India remained under Mughal sway, this “bias”in the narration of events is easily understood. If one is now looking at the facts afresh, there is nothing to get hot under the collar about.

The reality of India is that we don’t know about our own history because we are such colonised people. Even today, we are unable to break away from a colonised mindset. We lack a sense of history, and with that we lose stature in the world.

As to the tweaking of history, since most of the time it was the Congress that was in power, it had the maximum opportunity. As far as ancient or colonial history is concerned, it was more an act of omission rather than commission. Indian historians have been one of the laziest intellectuals with very little new research. Post-Independence governments continued to teach colonial-era history with a heavy pro-British bias. Partly, this was due to the fact that most Indians of that generation, including the freedom fighters, were in awe of the British.

The post-Independence history of the 1962 India-China war has been doctored to absolve Nehru of all blame and instead made Krishna Menon the fall guy.

The Bharatiya Janata Party (BJP) has been in power for a very short time and has not had the opportunity to tailor history to suit itself. The BJP has concentrated mainly on correcting the pro-British and pro-Muslim bias of history.

On the heels of correctives applied in Rajasthan textbooks, comes news of similar exercise in Maharashtra. Objections have been raised about downsizing Akbar and Mughal rulers. The “usual suspects” have raised the spectre of “saffronisation” of history. The counter-argument to this is was Akbar relevant to the region that comprises Maharashtra? And the honest answer to that is no. The Mughals ruled in Delhi and were confined to the North Indian plains. Other than an unsuccessful attempt to annex the Ahmednagar sultanate, at that time led by Chand Bibi, the Mughals and Akbar had little role in the politics or social life of contemporary Maharashtra. It was only during the time of Akbar’s grandson Aurangzeb that Mughal rule came to Maharashtra.

The recent controversies ought to have raised the fundamental distortion of Indian historiography — the pronounced North Indian bias. Maharashtra formed part of the Chalukya Empire for a very long time. It then came under the sway of the great Vijaynagar empire. Yet, our history teaching cursorily dismisses these important periods. It is obsessed with the happenings in Delhi and its surroundings.

Since the British were the last rulers of India, the pro-British bias is even more pronounced. For example, Warren Hastings essentially ruled the Bengal region. But he is portrayed as the Governor General of India! It should be mentioned here that during that time, Mahadji Shinde, the Maratha ruler of Gwalior, had more territory under his control. Yet, in the history books, written mostly by the British, Warren Hastings commands a whole chapter with Mahadji Shinde only getting a passing reference.

The neglect of the Cholas and Pallavas and the sidelining of their commendable maritime empire in the all India narrative is scandalous to say the least. The thoroughly colonised mindset of Bengal has forgotten about its South East Asian links altogether. Stone plaques in the Pallava script are found in faraway Samarinda, capital of Central Kalimanthan (old Borneo). And it is only now that Lachit Borphukan, who defeated the Mughal armies in the battle of Saraighat in 1671, has come into the national consciousness.

The Mughals and British colonial rulers did not just stop at the imposition of their narrative, they also destroyed many monuments that could remind Indians of her past. The British conquered Pune in 1818. At that time there was a seven-storey high palace inside the awe-inspiring Shaniwarwada fort, easily the tallest building in India at that time. On February 27, 1828, a great “mysterious” fire started inside the palace complex. The conflagration raged for seven days. Only the heavy granite ramparts, strong teak gateways and deep foundations and ruins of the buildings within the fort survived that mysterious fire. Result, when in a recent movie on Bajirao, the filmmakers showed a magnificent palace, many even in Maharashtra termed it fiction.

Colonised Indian minds have been repeatedly taught - ours is history, yours is mythology. If in the 70th year of Independence we are stirring to break the mindset of being the 'Gunga Din' of Rudyard Kipling it is something to applaud.

History is not merely a chronicle of past events; it forms the psyche of a nation. History of having achieved great things in the past, together, fosters nationalism and enthuses the present generations to achieve great things. It is time we break the shackles of “Inglistani elite” (words used by Mahatma Gandhi in his essay on Hind Swaraj) and discover our true past.

Page Turners
July 2017: The Rajasthan Education Board decides not to mention Jawaharlal Nehru in the new social science textbooks of Class VIII.

Rajasthan education minister Vasudev Devnani claims Maharana Pratap defeated Mughal emperor Akbar in the battle of Haldighati in 1576, and not the other way round.

A chapter on the national movement omits names of Nehru, Sarojini Naidu and Madan Mohan Malviya. Also, no mention of Mahatma Gandhi’s assassination by Nathuram Godse.

July 2017: The Maharashtra Education Board reduces Mughal reign to just three lines and decides to focus more on Chhatrapati Shivaji Maharaj in history textbooks of Class VII and IX.

May 2016: Gujarat State Board of School Textbooks introduces a chapter on ‘economic thought’ in the Economic Higher Secondary textbooks which includes Deendayal Upadhyay, Chanakya and Mahatma Gandhi as the main economic thinkers.

January 2009: The Class X Social Science textbook of Chhattisgarh Board of Secondary Education incorporates the Salwa Judum in a chapter on social security from Naxalism.

(Col. (Dr) Anil Athale (retd) is the former head of history division, Ministry of Defence. He has worked on and written a book about 18th and 19th century India. He is based in Pune.)