Rewriting history is a distortion 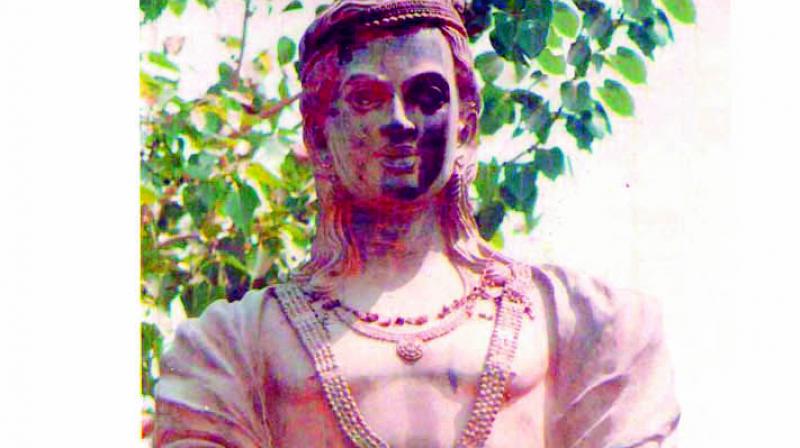 Criticism of ‘rewriting history’ has occurred more often when centre-right forces are in places of power and are able to influence history-writing.

Now that the BJP-Shiv Sena-ruled Maharashtra government has promised to pull out controversial references to Rajiv Gandhi and Sonia Gandhi in the “Bofors scam” from its textbooks, the controversy about “rewriting history” may get a respite. With or without provocation, it is bound to find a rebirth, sooner than later.

History as a true narrative cannot be faulted. But history as an interpretative narrative can take angles, justified and otherwise. Even the very idea of “justification” gets coloured, tilted and biased. Yet, there is no denying that there are two sides of the issue. One should be thankful that there are not many more than the two predominant causes and courses, namely, “left liberal” and “right reactionary”.

In the Indian context, criticism of “rewriting history” has occurred more often when centre-right forces are in places of power and thus able to influence history-writing. It is then that voices are heard clamouring for the need to come up with a “true” narrative, and truer choices of topics and titles for history-writing, and more importantly, teaching.

Just as history-writing or rewriting depends on circumstances, so do the tags attached to such writing. Thus, “left-liberal”, which was acceptable during the freedom movement, may have become a bad word later on. The same is true of “right reactionary”. Both are subject to the socio-political environment of a particular time. This is truer of the print media than text-books and other reading material, but the latter is not spared, either.

Time was when the freedom movement derived inspiration from religion. In western India, the likes of Gokhale used the Ganesh puja to good effect for spreading the cause of Independence. In the East, the Durga puja served the same purpose. The early decades of the freedom movement saw the projection of Bharat Matha as Goddess Durga atop a roaring lion, with her trishul replaced by the tricolour.

In the southern Madras Presidency, with a rich and continuing tradition of folklore and literature going back to the Sangam era in Tamil and similar trends elsewhere, Theatre was a powerful medium for carrying the freedom message. In time, the freedom message was replaced by socio-political themes of Dravidian ideology in present-day Tamil Nadu. It was so in neighbouring Kerala, where street-plays carried the message of socialism and communism to all corners.

Across the nation, then and now, street-theatre has conveyed socio-political messages, especially of militant leftist ideology, to the masses. In “modern states” like Maharashtra and Tamil Nadu, street theatre has got a new lease of life carrying environmental messages, or the cause of Dalit movements and other people-centric issues such as opposition to policies and projects such as the Kudankulam nuclear power project.

The identification of religion with the freedom movement could not have continued for long because, for one, the religion-centric demand for Pakistan meant that there was a greater need to carry non-Hindus along with the “new India” that Gandhiji was working for. Far-sighted as he was, Gandhiji had started the process as far back as the Khilafat movement, when early calls for “separate electorates” had begun doing the rounds.

Secondly, Islam, with which the prospective creators of Pakistan identified, distanced Allah from all things temporal. Hence the leaders of the freedom movement did not risk hurting the “religious sentiments” of their Muslim brethren, many of whom were still destined to live in post-Partition India. Three, and most unfortunately, Christianity, as the religion of the British rulers, got short shrift.

Against this background, the English word “secularism” got an Indian meaning, different from how it was commonly understood elsewhere. It’s similar to what the centre-right term “pseudo-secularism” stands for now, and in total contrast to what “secularism” was meant to be in normal circumstances. Suffice it to point out that in the India of our times, “affirmative action” as a socio-political initiative has a specific purpose and direction than otherwise understood and accepted elsewhere.

The fact remains that one cannot pick up words and phrases from another context and impose new meanings on them locally. The idea was to give all those people purposely or purportedly marginalised from the mainstream — and those that anticipated such possibilities — a careful, caring constitutional assurance of whatever kind was possible in their times of alienation from everywhere.

By deciding to stay on in post-Partition India, the Muslims, for instance, had alienated their politico-religious brethren in Pakistan for good. There is no denying that in the years preceding Partition, alienation had been planned and planted in living memory, purposefully by Pakistan’s creators. It is akin to free India joining the British Common-wealth in good faith despite all those centuries and charges of colonialism ruining the nation and its economy, ethos and culture. To date, none on the centre-right of the nation’s ruling political spectrum has asked the Government to quit the Commonwealth in protest to what was done or undone by earlier generations of British rulers from a colonial past. This, despite the fact that they continue to harp on the subject of British rule and Lord Macaulay destroying Indian values and ethos by design bordering on conspiracy. They know no new purpose would be served by doing it. If anything, it would only flag new issues that are relative to the contemporary world and contemporary relations.

History-writing, too, belongs to history, and no meaningful purpose would be served by recalling the past, near or far, or rewriting history, one way or the other, one time or the other. After all, what is now sought to be undone with a vengeance can be redone with a greater vengeance by a future generation. In the Indian politico-electoral context, it could be as short as five or 10 years, one or two terms of any government or Parliament!

Anyway, in a generation where the children of the centre-right ideologues and “left-liberal” leftovers have deserted the study of history and the humanities in favour of parent-orchestrated study of science and computers, who are these worthies seeking to fool and fight over? It’s all as much a distortion as re-writing history itself is.