A pocketful of sky

Dr J R Kulkarni
The writer is a retired meteorologist, senior scientist at IITM, Pune, and member of the World Meteorological Organisation.

Activities ranging from days to season mainly depend on weather conditions. 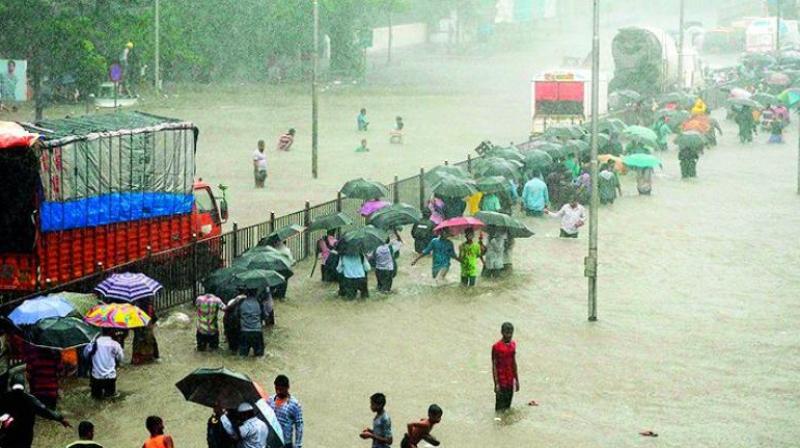 Natural calamities cannot be avoided but their impact can be reduced by proper early warnings, and that is why weather and climate forecasts are important..

The India Meteorologi-cal Department (IMD) issues different types of weather forecasts regularly. These are for periods of 48 hours, one month, and a season. Similarly, the Centre for Climate Change Research (CCCR) under the Ministry of Earth Sciences, works to project expected future changes in different components of the monsoon, along with other climatic scale predictions.

There are three different methods used for forecasting the weather: statistical, empirical and numerical. Numerical models have been widely used for weather and climate forecasting worldwide. These are based on the laws of physics. Though these models are based on sound scientific principles, there are certain processes of which the exact physics is not understood. Such processes deal with some empirical relationships between different weather parameters. These are called in meteorological parlance, “parametrisations”.

Atmospheric behaviour is very complex because of the inherent nature of non-linearity. Linear systems are easy to predict. The most common example is the accurate predictions of movements and locations of planets, satellites and eclipses well in advance. While the same physical laws apply to atmospheric motions, the difference is that atmospheric motion is non-linear, while the motions of the planetary bodies are linear. The atmospheric system is chaotic, and therefore there is a limit to the accuracy with which one can predict weather and climate. The properties of chaotic systems are that they are sensitive to initial conditions. A small change in the initial conditions leads to a large change in the final state. There are always inherent errors in observations due to a variety of reasons such as instrument error or measurement error etc. In order to eliminate this problem, the model is run for slightly different initial conditions. These different initial atmospheric conditions mimic the errors in the observations. We call this “ensemble forecasting”. Different initial conditions lead to different model forecasts. These are the basic problems in forecasting weather and climate using numerical models.

More investment, infrastructure
Weather predictions all over the world have improved in the past 50 years due to improved models and more and accurate observations.

In parallel to developments in the other centres in the world, efforts were made to improve weather forecasts over the Indian region also. Special floating buoys have been installed in the Bay of Bengal and the Arabian Sea to measure the weather parameters over ocean regions surrounding India. National field programmes such as MONEX, MONTBLEX, LASPEX and CAIPEEX have been conducted to understand different processes for which our understanding was limited. In spite of all these efforts, there is a still a wide gap in weather observation. It is well known that the monsoon is the lifeline of the Indian economy and information about it is therefore crucial. Existing rainfall stations are located in districts; it is necessary to expand this network to taluka and village levels.

Balloons attached to instruments are released in the atmosphere to measure wind, temperature and humidity in the vertical. These are termed radiosonde flights. We have very few centres that release the balloons regularly. Such flights are required at every 100-200 km. Observations must be conducted at least twice a day, but currently, at many centres, observations are conducted only once a day.

Weather radars provide very important information of the clouds and convection. In the US, a network of radars called NEXTRad covers the entire country. At present, in India, there are radars on the coast that are called cyclone-warning radars and there are a few radars over the land area. This network must be expanded so that there is a radar at a distance of 150 km over the entire country.

In the CAIPEEX programme, the cloud microphysical observations were carried out in a limited way over the Indian region. But long-term observation is necessary, and hence instrumented aircraft are required. Such aircraft will be also useful for collecting weather data over oceanic regions during cyclone periods. As models are sensitive to initial conditions, these are required to run many times with different conditions. High computing power is required for such ensemble forecasting.