Primary health care, the central idea within the Alma-Ata declaration, was interpreted in many ways by many people. 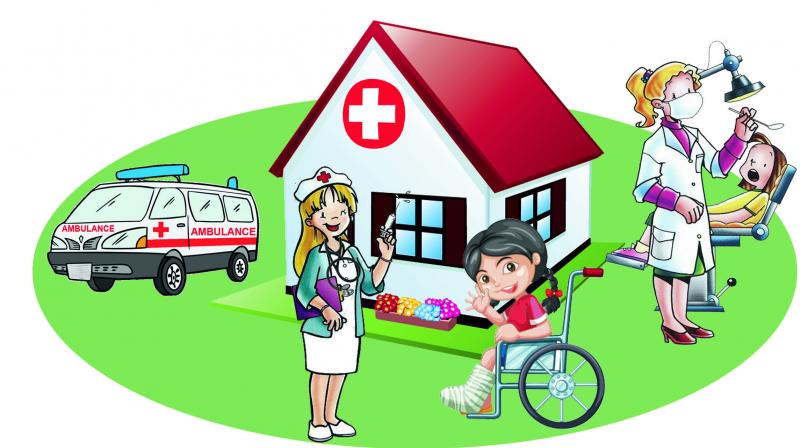 The world woke up once again to the need for PHC not as a sop to the poor, but as an essential approach to building responsive health systems all over the world.

The Alma-Ata declaration on the importance of promoting primary health care, and the inspiring slogan of ‘Health for All by the Year 2000!’ came out in 1978, at a time when I had recently graduated as a newly minted doctor in a poor, underdeveloped nation. Even in such a setting, medical students were a privileged lot, and the best among us aspired to go abroad in search of a better lifestyle or acquire specialist degrees to settle down to a life dedicated to advanced clinical care. However, a few of us were inspired enough by Alma-Ata to think about ways and means of reaching this elusive goal of ‘health for all’.

Primary health care, the central idea within the Alma-Ata declaration, was interpreted in many ways by many people. While many clinicians understood it as ‘primary care’, or the first level of contact of the patient with the health care establishment, international experts interpreted it as prioritisation of cost-effective strategies such as maternal and child health, institutional birth, immunisation, and promotion of breast feeding.

Health activists from all over the world condemned such selectiveness and techno-centric, top-down solutions and cried out for full realisation of the necessary components of the PHC approach — community participation, inclusiveness, teamwork, continuity of care, inter-sector action and strengthening of public health — without all of which it was doomed to fail. This was largely ignored by the world’s ‘development experts’ — mostly economists and policy bigwigs from the developed world, who dominated the international forums.

Looking back, this was not perhaps surprising, as it also coincided with an era when the World Bank dominated the thinking in health slowly replacing the WHO as an international think-tank. The World Bank document “Investing in Health”, which came out in 1993, outlined an approach emphasizing cherry-picking the most cost-effective (more bang for the buck) components of health care, which was to be made available to all the people. For all other needs, they could pay.

The ‘Structural Adjustment Policies’ the Bank advocated in the health sector of developing countries called for organising the health system in more ‘efficient’ ways, outsourcing of all services that could be hived off, such as cleaning, security, and utilities, and focused mainly on improving hospital care.

They also actively promoted user charges, based on the economic rationale that services that are offered free will be ‘over-consumed’. Many studies have since then brought out that in poor countries, user charges kept out not only the free riders, but also the needy; something that was not at all conducive for health. This was perhaps the bleakest moment for primary health care.

The turn of the century saw PHC slowly finding its feet and coming back into prominence. Two global events contributed very much to this surreptitious comeback: the pandemic of HIV-AIDS and the fight against tobacco.

AIDS challenged every accepted paradigm in health: it was both an infectious and lifestyle disease, it affected rich countries and the poor, it challenged the health systems’ claim to inclusiveness and empathy. In fighting it, global governments learned the importance of community-level action, the importance of technical solutions, the need for team work and the necessity of overcoming the deadweight of hierarchy.

The world woke up once again to the need for PHC not as a sop to the poor, but as an essential approach to building responsive health systems all over the world.

Alliances against tobacco and the big business it represented needed governments to come together and policies and action to be taken outside the health sector — once again emphasizing the PHC approach in health. It is in the light of this emerging importance of PHC that we should evaluate the current interest in Universal Health Coverage. The Marmot report and later the Commission on Social Determinants of Health reiterated what activists had been saying all along — that health is a product of social forces and should not be seen in isolation as a technical issue.

In spite of the success of universal immunisation and the achievements of the single-focus pulse polio initiative, the resistance to immunisation and the rising number of casualties to preventable diseases not only in poor countries but also in rich ones such as the US underline the importance of building health systems that respond to local issues and are controlled by communities — an approach championed by pioneers like Professor D. Banerjee of JNU decades back. Like a Cassandra, he warned us of the ‘hidden menace’ of techno-centric approaches and the risk of neglecting to build a viable health system based on the principles of PHC.

But though the government is paying lip service to Universal Health Coverage, there is a real danger of this being the next episode in a series of push-backs to PHC. This is because the national governments, and under its push the state governments, seem to be all ready to hand over the health sector to private initiatives, without ensuring that citizens’ rights are protected.

UHC translates into a basket of interventions that leave little choice for the citizen, who in turn is reduced to a ‘client’ or ‘beneficiary’ of the insurance package. Even in an enlightened state like Kerala, any attempt to even partially control the private sector, such as the recent Clinical Establishment Act, gets mired in law suits and is rendered non-functional. Citizens’ lives are once again short-changed.

Having come full circle, I would once again reiterate that PHC offers the best way out for improving people’s health, not only in poor countries, but in rich ones as well. Let us hope that policy makers have the good sense to listen.