Discourse   11 Jun 2018  No swadeshi takers for the clamour
Discourse

No swadeshi takers for the clamour

THE ASIAN AGE. | ASHWIN B. PANDYA

This write-up presents a view from a tropical developing country point of view. 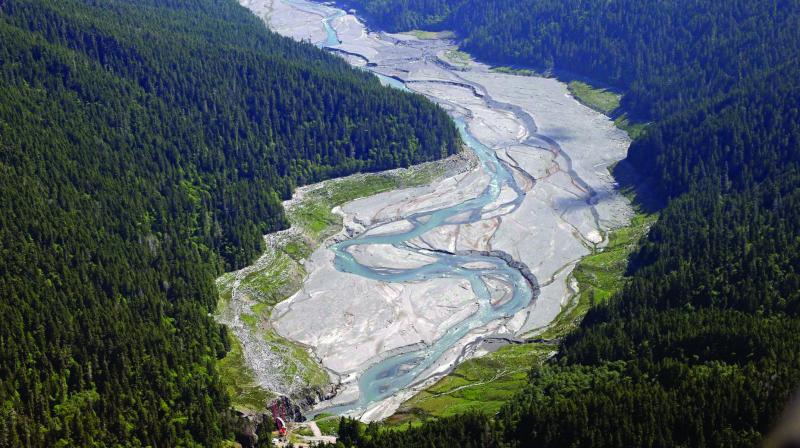 Dams serve multiple purposes in managing the regimes of rivers and also water security for large parts of the basin.

The flood control functions of Damodar Valley system of dams and other dams across the country have been taken for granted in our short public memories. Had these dams not been put in place, Burdwan and Hooghly districts of West Bengal would have suffered devastation every year.

Of late, there have been advocacies largely following anecdotal examples of dam removals elsewhere in the world, especially in the United States and Europe. It is necessary to examine the contexts and consequences of recommending such actions on a universal basis. This write-up presents a view from a tropical developing country point of view.

Dams serve multiple purposes in managing the regimes of rivers and also water security for large parts of the basin. As our population and economy grow, water demands become more and more uniform throughout the year. In the early years of our development, we were satisfied with one-crop-a-year agriculture, which had to transform to at least two crops a year, with Rabi cultivation forming a vital part of the agrarian economy, not to talk of summer crops in many parts of the country. As everyone is aware, the sustainability of Rabi can come only from the conserved water. Dams and reservoirs behind them provide such storage.

In fact, the entire commands of the Bhakra-Beas, Nagarjunasagar-Srisailam-Tungabhadra, Hirakud and Narmada cascade dam complexes will suffer income losses of more than 50 per cent if these dams are “removed”. One shudders to think of the socio-political instabilities and the food and energy insecurities that will be occur if this happens.

Dams also provide the much-needed drinking water to populations within and across basins. Water security of Delhi is largely dependent upon water from the Bhakra system and the Tehri-backed upper Ganga canal system. Similarly, almost all towns and villages in Saurashtra, Kutch and North Gujarat, are dependent on the Sardar Sarovar dam for water for most parts of the year.

Apart from these well-known cases, India has about 5,100 large dams (15m and higher or storing more than 3 million cubic meters of water) and innumerable small dams providing much-needed water and food security to the country.

How many people know that the Kumbh mela and religious baths in the winter season at Allahabad or Haridwar are sustained by specific releases from the Tehri dam? The flood control functions of the Damodar Valley system of dams and other dams across the country have been taken for granted in our short public memories. Had these dams not been put in place, Burdwan and Hooghly districts of West Bengal would have suffered devastation every year. On the other hand, these areas have become food bowls of the state with almost assured three season irrigation for nine lakh hectares.

Let us also examine the hydrological and developmental contexts for areas where the euphoria and activism on dam removal is high. All these countries are blessed with temperate climate and have a rainfall regime which hardly varies by about 15 per cent from month to month. Coupled with this, large parts of Europe and the United States receive snowfall which acts as a reservoir and slow releases from snow melts go towards a uniform flow regime and water availability. It is but natural that the true value of conservation cannot be appreciated in these areas.

Even in the US and Europe, the talk of dam removal is largely confined to small dams which were constructed for mining and other local developments. No one is talking about removal of large dams like Hoover or Glen Canyon in South Western US or any of the major hydropower dams in the Swiss Alps or Spain and so on.

If we do not take into account contexts of solutions and try to be blindly led by the half understood advocacies we will lend ourselves to irreparable harm for which our future generations will blame us.

We should understand the pressures on our systems due to growing population and consequent demands. In the case of Europe and much of the developed world, population growth has stabilised and in some cases, it is even negative. While these countries were growing, they underwent an active phase of dam building and the resulting benefits contributed to their present developed status. On the other hand, our development period started only after independence and is still continuing. We will have to continue this growth for a very long period in future if we have to ensure a universal fair deal across social and geographical platforms. It will be a case of misplaced priorities if we get attracted to advocacies which will make us deviate from the path of universal welfare. Dam removal strategies also have to be viewed in this context.