Islamophobia has increasingly become a part of the political rhetoric. 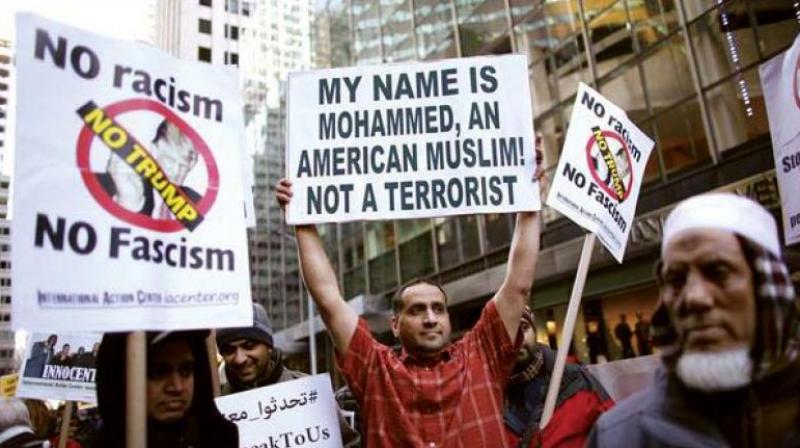 The Quran prescribes all Muslims, irrespective of gender, to dress modestly.

Rather than criticising, the West should learn to celebrate and appreciate differences because the attempt at a mono-cultural West will prove counterproductive.

‘Veiled’ threats to liberal values
The veil and veiled women invite stare, sneer or salute across the globe, depending on who they confront. Former British foreign minister Boris Johnson is facing a probe for his insensitive reference to “letter boxes” and “bank robbers”, but he had not added anything new. Rather he was expressing the Western subconscious in which it is deeply ingrained that Muslim women are oppressed and the veil is the symbol of that oppression and subjugation.

One is reminded of Edward Said’s nailing magnum opus Orientalism in which he exposed the shallowness and misunderstanding of Western academia about the East.

Attempts at coercing Muslim women to give up the dress of their choice are in conflict with values of liberalism and multiculturalism. These attempts also violate Article18 of the Universal Declaration of Human Rights, in which every person has been given a right to follow his or her religious laws and practices.

The UN Declaration on Minorities 1992 imposes enjoins on the nations “to protect the existence and the national or ethnic, cultural, religious and linguistic identity of minorities within their respective territories,” and to “encourage conditions for the promotion of that identity.”

The Muslim community in the West has been facing extremely difficult living conditions since the 11 September 2001 attacks on the US and things became more difficult in a country like Britain after four young Muslim men carried out bombings in London's underground trains that killed at least 60 Britons in July 2005.

However, the phenomenon of Islamophobia became more evident after the demise of the Soviet Union in 1991. As with the collapse of USSR/socialism, the Cold War came to an end and the much haunted ghost of Communism projected by the West as ‘Red Danger’ was dismantled. There was now no common enemy against whom the West could mobilise people and resources. Therefore, it needed an enemy to replace the ‘Red Danger’ and under the circumstances Islam/ Muslims suitably fitted in. Thus, with careful planning, ‘Green Peril’ started replacing the so-called ‘Red Danger’.

Islamophobia is the consequence of the “green scare”. This was necessary to maintain the military and political alliances forged by the West during the Cold War. The Senior and Junior Bushes and then former British Prime Minister Tony Blair were the strongest proponents of this adventure.

Tony Blair is often blamed for incitement against the Muslim community in Europe when he indirectly doubted its loyalty to Britain and called on fathers to spy on their children to discover their extremist intentions before they carry out any terrorist action and inform the security services about them.

Rather than criticizing, the West should learn to celebrate and appreciate differences because the attempt at a mono-cultural West will prove counterproductive. It is not the melting pot model but the cultural mosaic model which is closer to the values and spirit of liberalism.

In Europe, there is no shortage of women in churches and synagogues who are attached to their faith and are referred to by their co-religionists as “mutton”. These women dress modestly and are a living example of dressing discreetly. How is that when a European woman dresses discreetly nobody raises any objections, but when a Muslim woman does so, she is called backward and a prisoner of tradition?

India is known for its exciting diversities. Indian Muslims, irrespective of integrating with the local culture, have maintained their distinctiveness and resisted every attempt at assimilation. At the same time, the Indian Muslims do not have a mono-cultural identity and thus burqa may be a dominant feature of Muslim women in Kerala, Hyderabad and several other parts of India; women in Muslim-majority J&K are widely seen with scarf rather than burqa.

Perhaps burqa is increasingly becoming the symbol of assertive Muslim identity in a Hindu-majority country.

Nevertheless, it cannot be denied that stretching the issue of cultural identity beyond a reasonable limit is counterproductive for a minority and historically Muslims being on the wrong side of the fence should be more conscious of this fact and try to strike a balance between religious and national aspirations.

The Quran prescribes all Muslims, irrespective of gender, to dress modestly. The insistence on a particular type of burqa or clothing as an integral part of Islam will fuel the controversy over burqa and definitely contribute to the globalisation of Islamphobia.