The teaching of Prophet Muhammad provides the wisest advice: Muslims should follow the practices of the society in which they live. 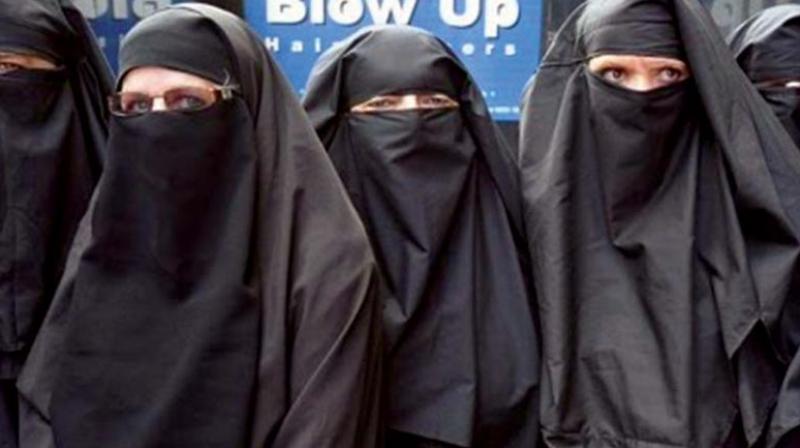 The issue of women wearing a face-cover, a burqa, in public is different from wearing hijab or head-cover to keep private a woman’s attractive hair.

The practice of women wearing head-cover was normal in public until a century-and-a-half ago, when secular triumphalism began to replace the transcendent source of religion as the origin and essence of values and of the very concept of both personal and societal virtue.

Islamophobia is an extremist phobia against what one considers to be fundamental teachings of Islam as a world religion. This can be triggered by seeing a woman swathed in black clothes wearing a black mask covering part or even all of her face, popularly called a burqa, like a supposed bank robber or terrorist. The understandable and correct assumption is that this woman must be a Muslim, followed by the incorrect assumption that therefore Islam teaches terrorism and breeds terrorists.

The question then becomes, what does Islam teach and what do Muslims think that it teaches. Even self-declared “traditionalist” Muslims can be guilty of Islamophobia by misinterpreting classical Islam. Their writings are then used extensively by phobic non-Muslims.

The point of this article on Islamophobic fear of women in so-called “required traditional dress” is that the legitimacy or even the duty and requirement of total or even partial face-cover in Muslim applicable law, known as fiqh, is not an issue of moral value within the higher principles of justice in Islamic jurisprudence (maqasid al shari’ah).

Instead this practice has become an issue of personal identity in the fragmentation of society illustrated by the opposite extreme whereby some “liberated” women now claim that they are free to choose and to shift back and forth at will among as many as 52 different sexual identities.

The second point is that the so-called textual bases of extremist interpretations of Islam, by Muslims as well as by non-Muslims, are being deconstructed by critical analysis not in the sense of criticising Islam but in the second dictionary sense of the word “critical”, namely, “exercising, or involving, careful judgement”.

Now, after many centuries of intellectual stagnation, scholars are replicating the long-forgotten, critical analysis necessary to uncover the extent of the fraudulent nature of hadith invented to justify the un-Islamic practices that one ruler or another had imposed.

The issue of women wearing a face-cover, a burqa, in public is different from wearing hijab or head-cover to keep private a woman’s attractive hair. In the Western world simple head-cover is not generally considered to be extremism. The practice of women wearing head-cover was normal in public until a century-and-a-half ago, when secular triumphalism began to replace the transcendent source of religion as the origin and essence of values and of the very concept of both personal and societal virtue.

In regard to both the burqa and niqab, my opinion is that the teaching of Prophet Muhammad provides the wisest advice, namely, that Muslims should follow the practices of the society in which they live to the extent that any particular practice is not clearly un-Islamic.

The key issue for jurisprudents should be the extent to which any cultural practice results from deformation of religion into tribalism. More than half a millennium ago, Ibn Khaldun, who is considered to be the world’s first sociologist, explained the difference between the bad asabiya, namely, tribalism, and the good asabiya, community loyalty. The bad asabiya consists of self-worship as a means to assert and maintain one’s identity by looking down on others as inferior. The good asabiya consists of pride in the best of one’s own community so that one can appreciate and support the best of other communities in mutual cooperation for everyone’s benefit.

At the highest level of nationhood such good asabiya would make possible cooperation of nations, based on each one’s pride in its own heritage, common values in the present, and common hopes for the future, in a confederal system of government, especially suitable for the nations in Central and Southwest Asia, where the alternative is perpetual warfare.

The first category of the maqasid provides ontological guidance, consisting of respect for religious freedom (haqq al din); for the sacredness of the individual person (haqq al nafs), including right to life; for the sacred nature of the derivative communities from family to nation to humankind and beyond (haqq al nasl), including communitarian pluralism; and for our physical environment (haqq al mahid, from wahda or oneness).

The second category is epistemological and is designed for axiological application in ever greater specifics. These are economic justice, including reduction of the wealth gap by reform of money, credit, and banking in order to universalise individual capital ownership; political justice, specifically through khilafa, shurah, and ijma; gender equity as part of human honour; and freedom of thought, publication, and assembly, known as haqq al ’ilm and more specifically as haqq al ’aql.

(The author was appointed US Ambassador to the UAE with responsibility for two-track diplomacy with the Muslim Brotherhood chapters in the Middle East and North Africa. He finished his 4-volume textbook, Islam and Muslims: Essence and Practice. He is currently Editor in Chief of the Armonia Journal)