The actual cost of fuel

Transparency is the key to ensure people learn about actual fuel cost. 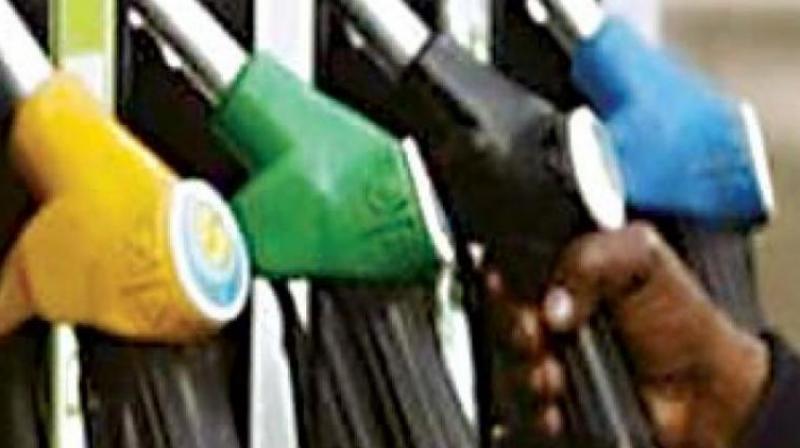 I know I am going to stir a hornet’s nest by taking on petrol prices in India, an opaque and complex issue, which would make a perfect recipe for a thriller. However, peeling the layers surrounding petrol prices is nothing short of a thriller. So yes, I’m going to open a Pandora’s box.

Have you ever wondered how the end user petrol prices are decided and what is the “actual” cost of petrol?  All petroleum-related products are extracted from crude oil, and the process is called “refining”. India ranks at 81 in energy sufficiency and 66 per cent of its domestic energy needs are domestically met. However, we are only meeting 20-25 per cent of our crude oil needs by domestic extraction while the rest is imported from various oil exporting nations. Hence, the global crude oil prices and rupee value in the forex market which plays an important role in deciding the value of the end product.

Simply put, at the time of writing this article in Hyderabad, crude oil prices were $56.73 and `/$ exchange rate is Rs 65.28, making the per barrel crude oil value Rs 3,703.33. The current market price of petrol in Hyderabad is Rs 74.83. Oil Marketing Companies (OMC) rarely pay their bills at spot market rates as they generally have long-term contracts and the price will be arrived by some averaging. One barrel equals 42 US gallons or 159 litres. If per litre crude oil is costing us Rs 23.39 and the current petrol price is Rs 74.83, where is the rest of the money, Rs 51.44, a staggering 68.7 per cent of the price we pay, going?

Though the price of the end product (petrol), is directly related to its input (crude oil), the relation is not necessarily a linear one due to the intermediary processes involved as well as government intervention. After the OMC purchase crude oil, it needs to undergo a refining process to produce end products like petrol, diesel, kerosene etc. Crude oil is a complex mixture which can produce up to 1,500 byproducts. However, we in India, particularly IOC, are extracting only 150 byproducts from the refining process to meet our domestic needs. So the value of one litre of crude never equals the value of one litre of petrol. The type of crude used in refining process also plays a vital role in amount of petrol produced. The refining process is adjusted to meet a particular country’s needs. On an average, the refineries in the US produce about 20 gallons of petrol, 12 gallons of diesel, four gallons of jet fuel and few other by products per barrel of crude.  Unfortunately, Indian refineries are very opaque about their refining process. We can approximately use those values for Indian scenario too.

Usually, the cost of transportation from drilling point to the port is borne by the supplier but has to be carried to refineries at the importer’s cost. Of course, there are a few exceptions based on mutually agreed contracts. For example, Iran used to ship crude for free to Indian refineries until 2016. According to UNCTAD, cost of freight per TEU (38.5 M³ or 38,500 lts) in maritime route (covers about 80 per cent of total volumes) stands at $739, turns out to $0.02 per litre or Rs 1.3 per litre.

Now the cost of refining varies with the type of crude used and the technology used in the process. Usually the larger the refinery and lighter the crude, the cheaper the refining expenses. As we do not have any authentic information on refining costs and other margins, I will try to arrive at them by reverse engineering.

According to PPAC, a Central excise duty of Rs 21.48 is being charged on unbranded petrol as of July this year. Over and above this, state VAT or other charges will be applied. For instance, Telangana charges 35.2 per cent on petrol and 27 per cent on diesel as state taxes. If we calculate backwards, Telangana purchases petrol at the rate of Rs 55.34 per litre. Out of that, Rs 21.48 belongs to Central excise duty. So after deducting state taxes and Central excise duties, the cost of petrol comes to Rs 33.86 per litre. We already know cost of crude is Rs 23.29 per litre. By assuming one litre of crude produces one litre of petrol (usually it will be more if we convert all the byproducts in monetary terms), the cost of refining, margins of OMCs and margins of dealers all together will stand at Rs 10.57.

I had to make so many assumptions and approximations just to know the break-up of end-user fuel price, due to the transparency level we have in petrol pricing. Is it any different in other countries? Not really, as no country in the world has a completely transparent mechanism in pricing petroleum products. Traditionally, fuel prices have always been an area of exploitation no matter if a country is developed or not. Generally, rich countries charge more for petrol/gasoline while poorer countries charge less, with exceptions like India, where fuel prices are on the higher side, and the USA, where petrol prices are on the lower side despite being a developed state. Instead of comparing petrol prices in absolute terms, I think it is better to compare them in relation with the average daily income of a nation.

Unfortunately, India fares poorly in that metric. For example, even though Norway is charging the highest price in the EU bloc at a rate of $1.71 per litre, it comprises just 0.9 per cent of their average daily income. In India, we have an average daily income of $8.3 (including the outliers) and we are paying about $1.13 per litre of petrol which is a staggering 13.6 per cent. Fuel prices in India are not only opaque but also exorbitantly high. With the help of higher taxes on fuels, the government has collected over Rs 2.42 lac crore in FY2016-17 when compared to Rs 99,000 crore in FY2014-15. Personally, I don’t mind paying those extra taxes as long as the government comes out with a detailed break-up of petrol prices and usage of those taxes collected from us.

In a country like India, where many taxes (both state and Central) are applicable on carbon fuels, it would be great if the government could come forward and give us information. For instance, from where do we import oil and in what amounts; what type of crude oil is being used in refineries; what part of imported crude is being exported after refining; what are the charges OMCs are paying to refineries (as most of our refineries are owned by OMCs), what are the Central duties on fuels and how is the daily pricing of petrol/diesel arrived at.

It may be that I am asking for too much, or maybe this is how it is supposed to be. But I think it is our right to demand transparency in petrol pricing as it constitutes a sufficiently large portion of our daily expenses and so the government should oblige.

(The author is a columnist on socio-economic issues. He works as a senior manager in UCO Bank, Mumbai).