Survey trashes India, US on women

India has been branded the most dangerous country for women and the USA third. 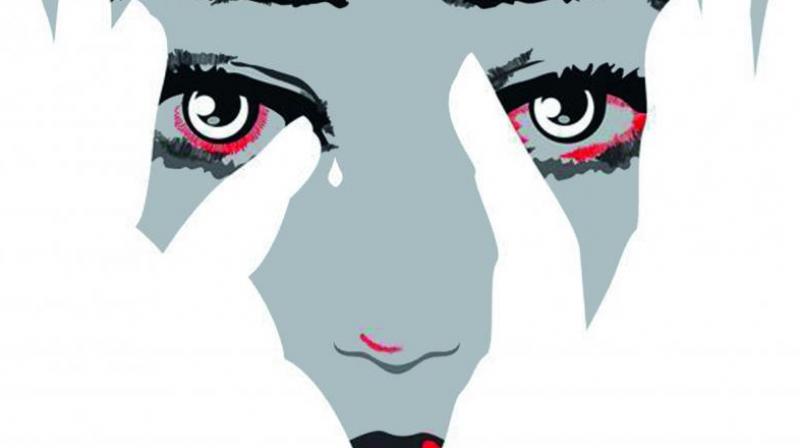 American stereotypes of masculinity demand boys and men to be strong, aggressive, unemotional and anti-female. In spite of marches and campus violence protests, campuses are dangerous places for cis and trans women.

India has been branded the most dangerous country for women and the USA third, along with Syria, on factors of sexual violence, harassment and coercion into sex. Critics call it a survey based on perceptions, not data. But they agree that on both sides of the Pacific much needs to be done to make earth the right place for women

There are some women in India for whom the country is incredibly dangerous and some for whom it is much less so, like in other countries. Women across the world are not rendered safe or vulnerable only on the basis of their gender.

In the 2018 survey, all these countries figure yet again, and we have four more “usual suspects”: Syria, Saudi Arabia, Yemen, and Nigeria. A surprising new entrant into the list is the USA. At this point, I should state that at no point am I suggesting that India is not a dangerous country for women. It is. It is dangerous on the streets and in the home. It is dangerous from the perspective of all factors that the survey takes into account: healthcare, discrimination, cultural traditions, sexual violence, non-sexual violence and human trafficking.

In the last year, an eight-year-old child was raped inside a temple and some members of the Legislative Assembly, who belonged to the then ruling coalition in Jammu and Kashmir, attended a rally in support of the accused. Some weeks ago, external affairs minister Sushma Swaraj was attacked by trolls online and most of her Cabinet colleagues and the Prime Minister said not one word in her defence. So, yes, India is a dangerous country, whether you are a defenceless eight-year-old child belonging to a minority community or a Cabinet minister.

But is India the world’s most dangerous country for women? I don’t know. There are some women in India for whom the country is incredibly dangerous and some for whom it is much less so, just as it is in other countries of the world. Women across the world are not rendered safe or vulnerable only on the basis of their gender.

It is important to point out that this survey is based on perceptions of 548 experts polled in regard to their opinion on which were the most dangerous countries for women on each variable. These numbers at best are indicative of perceptions and do not make for representative data. Surveys like these might provide a big picture but they often miss the nuances. In a widely cited 1986 essay, ‘Under Western Eyes: Feminist Scholarship and Colonial Discourses’, feminist scholar Chandra Talpade Mohanty in a critique of Western feminist scholarship pointed out that women in the third world are often seen as being one homogenous group and painted unrelentingly as victims without any engagement with the differences between women.

What’s noteworthy is that a Western country, the USA makes it to this list. Interestingly, in the disaggregated scores, the US is seen to be ranked in the stakes under only two categories: sexual violence and nonsexual violence. It is certainly not ranked under “cultural traditions”. It is important to point out that there is more than one survey that ranks countries on grounds of how they treat women, but no similar surveys ranking countries as dangerous for minorities, for immigrants, for Muslims, for lower castes, for black people. Women have long been the vector on which a country’s claim to being “civilized” is rated since colonial times.

We need to ask how ideas of what constitutes 'danger' are constructed. One might ask: why is India recognised as being 'dangerous' to women but not to lower castes or Muslims? Arguably in this country today, it is as dangerous to belong to either of these groups, as it is to be a woman.

These surveys must lead as they intend to do to a greater introspection of why the world, not just these 10 countries, continues to be more dangerous for women than men. We must challenge patriarchal sexist structures that help maintain gendered hierarchies through violence. But even as we do this, we need to recognise that at least the violence being done to women is recognised as violence, even if it sometimes ends up serving complex geopolitical ends.

Even as women claim our voices to speak publicly against harassment and assault, the violence against other groups of people is normalised. There are no global surveys of how countries treat immigrants. There is no ranking based on whether they separate those perceived to be illegal immigrants from their children. There are no surveys, even in the face of global Islamophobia, that ask how safe are countries for Muslim citizens. There are no surveys that examine the lynching of minorities. There are no similar surveys ranking countries based on how they treat tribal or indeed indigenous people. Such surveys then, even as they highlight some forms of violence, are a reminder that we need to think about how danger itself is framed in our own countries and in the world.

(The author Dr Shilpa Phadke, teaches at the School of Media and Cultural Studies, TISS, Mumbai)

American women in the moment of betrayal

American stereotypes of masculinity demand boys and men to be strong, aggressive, unemotional and anti-female. In spite of marches and campus violence protests, campuses are dangerous places for cis and trans women.

The United States of America is a very violent place. We possess more guns, have more organised crime syndicates and allow more inequality than almost any other country in the world. So it is not surprising that a recent study by the Thomas Reuters Foundation found that when experts on women’s issues were asked to rank countries based on dangers faced by women, the US ranked 10th in the list and third when sexual violence is considered on its own. There has been criticism about the poll itself; it is based on perceptions and not on operationalised measures. One could argue that the experts asked are perhaps more intimately aware of the gender politics in the USA than they are about almost any other country except their own. The US is after all the headquarters of the world cultural machine and makes its presence known in the remotest corners of the globe. I think the truth about the safety experienced by American women is in some space between where pop-icons publicly exclaim, “I’m woman, I am sexy, hear me roar” and where my female students have to pretend to be talking on their cellphones because they do not want to make eye contact with men late at night.

The dangers that lie hidden in the crevices of these spaces are the subject of acrimonious debates everywhere in the country these days. Nowhere is this more evident than on college campuses; a series of sexual assaults and rape incidents have riveted the nation’s attention because of the sheer callousness of the treatment of the victim by the criminal justice system. At one elite institution, the perpetrator, a star athlete was found guilty of raping a semiconscious woman but was sentenced to a mere six months’ probation and community service. Colleges have responded as institutions do, with an eye to preventing lawsuits from all sides.

Increasingly sexual harassment prevention is a topic at college orientations, college administrators and student advisers are trained in the protocols for reporting gender and hate violence. Video surveillance, emergency phones and bright lighting in areas not frequented by many students have become part of the daily lives of these students. However, cultural, sexual and gender-related norms often work against providing safe spaces for girls and women. American stereotypes of masculinity demand boys and men to be strong, aggressive, unemotional and anti-female. American heterosexual traditions prescribe courtship and mating rituals that reward dominant men and submissive women. In spite of ‘Take Back The Night’ marches and campus violence protests, campuses are dangerous places for cis and trans women. There was no doubt that the video that surfaced of Donald Trump uttering “Grab the pussy” a week before the elections would have a lasting impact on American life even if it did not alter the results of the 2016 US presidential elections.

The #MeToo movement arose partly as a reaction to the massive mobilisation of women, both white and of colour in the months following the initial protest. The #MeToo movement galvanised and excited women across the globe, and, in the US, led to a takedown of some of the most famous names in entertainment and government. However, Donald himself was untouchable; he had managed to tap into the darkest space in the American nationalistic psyche that yearned for a mythical time when women were barefeet and the dark hordes were restrained outside the citadel. For the first time in decades, there is genuine fear among US women that Trump’s tenure will bring in legislative and policy changes that may set women’s rights back half a century. Over the year that Trump has been President, there have been partially successful attempts to roll back the hard fought legal victories for people from the LGBTQ+ community and advocates for reproductive justice. His administration has undone much of the environmental, work and healthcare-related policies of his predecessor Barack Obama and this is sure to have a long-term negative impact on the well-being of women and girls. With the retirement of Justice Kennedy of the US Supreme court the Republicans have a serious chance at getting a permanent right-wing majority installed that will meticulously take apart the (neo)liberal state that had taken decades to build and replace it with white misogynistic nationalism.

In Margaret Atwood’s timeless novel, The Handmaid’s Tale, her protagonist asserts, “The moment of betrayal is the worst, the moment when you know beyond any doubt that you’ve been betrayed: that some other human being has wished you that much evil”. For many American women that moment has arrived.

(The author Dr Gowri Parameswaran Professor and Chair at the State University of New York. Her research forte is gender issues)