The need for scientific temper

The acknowledgement that even the god does not perhaps know is unheard of in any religion. 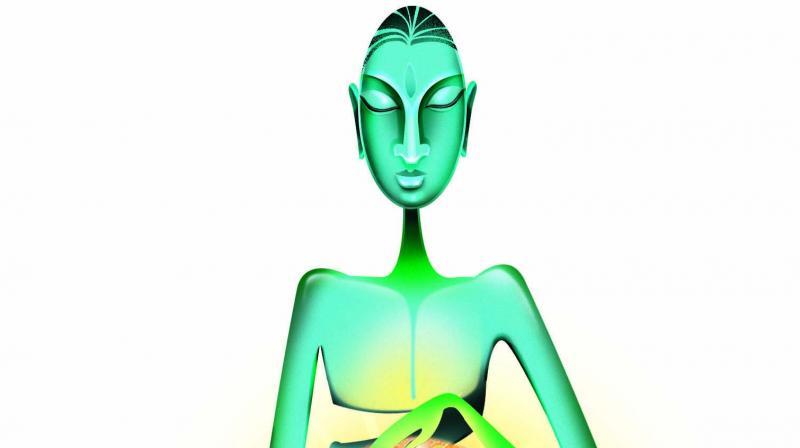 Only a civilisation that believed it was travelling from the darkness of ignorance to the light of reason could proclaim thus.

India must be open to questioning every irrational idea or thought floated. India has a glorioushistory of science and some of our achievements in ancient and medieval times are unparalleled, but to claim everything was known by our ancestors four or five thousand years ago with convoluted reasoning just shows how insecure we are.

The Nasadiya Sukta of the Rig Veda ends with a grand speculation about creation: ‘Whence all creation had its origin, he, whether he fashioned it or whether he did not, he, who surveys it all from highest heaven, he knows — or maybe even he does not know’.

That is arguably the first words of a scientist in the annals of human history.

The acknowledgement that even the god does not perhaps know is unheard of in any religion. It requires a lot of confidence. Only a civilisation that believed it was travelling from the darkness of ignorance to the light of reason could proclaim thus.

That, perhaps sums up the quintessential Indian thought that has remained constant over many centuries.

The Upanishads are in the form of dialogue and debate. We may not often agree with the conclusions, but they never wanted us to agree verbatim. What ancient Indians used to celebrate was the spirit of free enquiry and questioning.

The capability and freedom to question authority, tradition and religion is the mark of a civilisation that is confident with itself. It is the sign that the civilisation is still in the trajectory of growth. A stagnant civilisation fears itself and its lack of self-confidence leads to exaggerated and delusionary claims about a glorious past. It claims victimhood of some grand conspiracy against it and fights the shadows. It is afraid of any form of scepticism and hunts down the doubters.

The dark ages of Europe are full of such insecurities of the Church and the great inquisitions it led to exterminated reason and science. It was only when the people started questioning the long-held dogmas that the human spirit broke free. The Enlightenment, Industrial Revolution and subsequent knowledge explosion that sculpted the modern world is the product of such questioning minds.

When we look around and count, we find that the democracy we live in, the way we earn a living, the way we do business, the way we dress, commute, communicate and think; almost everything that defines the modern man is the product of the Enlightenment and scientific temper.

Modern science altered human civilisation drastically from what it was. It happened in two hundred years, just a blink in the long history of humanity. Yet, it is very easy to find people who cling desperately to old dogmas. They take all the advantages of science, including conveniences such as electricity, air conditioning, computer, Internet etc., and then abuse science, crying out that science does not have all the answers, as if they and their books have them all. At the same time, they try to prove that what was written in the books they hold dear or holy is as scientific as it could be. The irony would not be lost on anyone who can pause to reflect on it.

The effort of such ridiculous grand standing in the matter of science is gaining momentum in our country. India has a glorious history of science and some of our achievements in ancient and medieval times are unparalleled. But trying to claim everything was known by our ancestors four or five thousand years ago with convoluted reasoning just shows how insecure we are.  Recently, I had seen a Whatsapp video of a speech by a reputed speaker before an elite audience of IIT students — or so claimed the video; for all we know, it might not have been delivered in any IIT at all.

The speech is purportedly to instil pride about our ancient scientific heritage in the brilliant minds of the students. In the 10-minute lecture, where the group of young students lapped up every sentence the speaker spoke, I counted not less than 12 factual, historical, scriptural and scientific errors, the most glaring of which was the melting and boiling point of zinc, which should be known by an eighth grader.

Not a single student stood up to question any of the errors. It should not be surprising for any reader who is used to getting videos claiming Nasa-approved findings of cows exhaling oxygen, or who finds otherwise sane friends getting starry-eyed when talking about the holy abode of Lord Shiva, Mount Kailas, as the first nuclear reactor of the world. According to one theory floating around, the mountain hides a pile of ancient secret atomic weapons forged by Shiva himself! In their enthusiasm to feel proud about ancient India, they forget that Mount Kailas is now in China, and we should be worried if it is true.

Have we fallen so low in confidence that we must find solace in imaginary achievements of our ancestors?

The collective knowledge of humanity has increased manifold since any religious books were conceived. Every religious book is the product of the time and culture in which it was written. What appeared to be true, based on the knowledge level of the people who wrote it, may appear untrue given the present level of knowledge. This does not mean science has all the answers. Science is a quest from truth to a better truth. Science is not the arrogance of dogma that claims ultimate knowledge, allows no questioning and clings to what may perhaps be the delusions of some ancient men. It is the humility of the human mind that knows it does not have all the answers, yet would do anything to find as much it can, by the constant process of questioning, experimenting, correcting and questioning again.

The usual defence — when questioned by the ever-expanding knowledge of science — is to hide under the cloak of hurt religious sentiments. Sometimes, the fear of growing irrelevance is expressed in a violent fashion. What cannot be countered with logic is often countered with bullets and bombs. It seems, instead of gods protecting the believers, the believers have taken the responsibility of protecting the floundering reputation of the gods, often through vicious means. What could be more insulting to the gods or the God they worship? Or to the culture these self-proclaimed guardians claim to guard?

It is sad to see that the epidemic of obscurantism that gripped Europe in the Dark Ages for many centuries, that snuffed out the golden scientific age of Islam, is slowly spreading in a society like India that never had a problem between religion and science and is crippling it at a time when the country requires to break free and lead the world in the frontiers of science.

Our Upanishads are in the form of dialogue and debate.
A stagnant civilisation fears itself and its lack of self-confidence leads to exaggerated and delusionary claims about a glorious past.
The Industrial Revolution and subsequent knowledge explosion that sculpted the modern world is the product of questioning minds.

(The author is a renowned writer,columnist and speaker. He is the author of Asura, Ajaya series, Bahubali trilogy. mail@asura.co.in)