The habit of scientific temper

For scientific temper is not the ability to solve a set of equations, but to prioritise rationality and reason in practice. 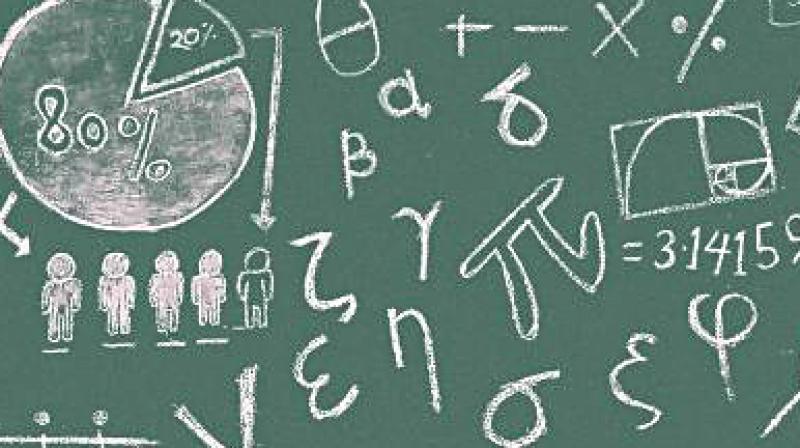 To be truly scientific in everyday life, is to question received wisdom and to demand that there be evidence to support what is proposed as an explanation of the natural, physical, or social world.

To be truly scientific in everyday life is to question received wisdom and to demand evidence to support what is proposed as an explanation of the natural, physical, or social world.

Science education in school hardly begins with a definition of science and even in university there is rarely a formal discussion on the meaning of science. In typical science or engineering departments, one is unlikely to find a course on the philosophy of science or on the contestation among different ideas of the scientific method. And yet, from the development of laws for the material world to the production of new technology, there is an implicitly understood framework within which the practice of science and technological development take place. Within the confines of the laboratory, this implicitly understood framework of practising science works well enough and can lead to good research and development; although it must be mentioned that this limited perspective on science does impede the speed at which innovation and frontier research can develop, as is evident in the case of India.

However, this has more serious implications than the underdevelopment of innovative capacity alone. It means that science and the scientific method do not get extended to society, i.e. scientific temper does not develop. For scientific temper is not the ability to solve a set of equations, but to prioritise rationality and reason together with material practice. It means adopting the philosophy that “knowledge can only be acquired through human endeavour and not through revelation”. (The phrase was part of the statement of purpose of The Society for Scientific Temper founded in 1964 by Abdur Rahman and Pushpa Bhargava)

To be truly scientific in everyday life, is to question received wisdom and to demand that there be evidence to support what is proposed as an explanation of the natural, physical, or social world. Science is fundamentally oppositional to faith because the latter demands complete obeisance and subservience to a higher power, and some interpretation of how that higher power wishes to regulate the everyday lives of people. Science provides us with the tools to question these beliefs and to move beyond our current ideas and understanding of the world. This does not mean therefore that science provides absolute certainty — in fact, this is another characteristic that distinguishes science from faith. Faith claims absolute certainty and consequently offers a certain amount of constancy, whereas science is inherently dynamic and changing.  We do not have answers to all our questions about the natural and social world. There may be a best possible explanation of a particular phenomenon at a given point in time which
will then be superseded with a better or more correct explanation sometime later. For our times, the developments in climate science exemplify this aspect of the evolution of scientific understanding. The rapid changes and developments in this field in a span of only 30 or so years are available in the public domain for all to see.

The very fact that uncertainty is an inherent aspect of scientific development points to the difficulties that we face in achieving the constitutionally mandated goal to “develop scientific temper, humanism, and the spirit of enquiry and reform”. The first obstacle follows from the discomfort in dealing with uncertainty in matters not confined to the natural and physical world. The frustration that one may feel with the inaccuracy of weather forecasts is an example of this impatience with the lack of “complete” knowledge. However, while we tolerate uncertainty in weather forecasts, the same uncertainty in matters of everyday life — changing food habits, expanding social horizons, inter-caste and inter-religious marriages — is very difficult to accept. The certainty of faith provides regimentation and discipline and protection from change, whereas the very idea of science — of breaking down obstacles and expanding frontiers — is antithetical to this.

The second obstacle is that tied to this regimentation and discipline of faith is also the ugly truth of hierarchy and privilege that exists in various degrees and forms in all faiths. There is therefore incentive for a certain section of society that benefits from an unchanging social structure, to fight against science and rationality in order to maintain status quo.

The reduction in the funding available for scientific research and the diversion of a significant proportion of whatever little is available to pseudo-scientific pursuits is a manifest mode of the attack on science by a section that benefits from obscurantism.

The third obstacle is that individual agency is very often inadequate to overcome the structural conditions of poverty and deprivation that allow obscurantist tendencies to persist. In these conditions, science and technology scepticism of the form that confuses the appropriation of technology for profit as an attribute of science itself, finds purchase and unwittingly or otherwise aids the agenda of obscurantism. Scientific temper is not automatically achieved with developments in science and technology. Its development is a social process that requires both, material changes in the lives of our people, and conscious efforts on our part – efforts to break down the structural barriers to the development of scientific temper and enhance individual agency to combat obscurantism in everyday life.

(The author is chairperson of Centre for Climate Change and Sustainability Studies. She is a mechanical engineer by training and an assistant professor at TISS.)