In this digital age, with great responsibility comes great scrutiny. 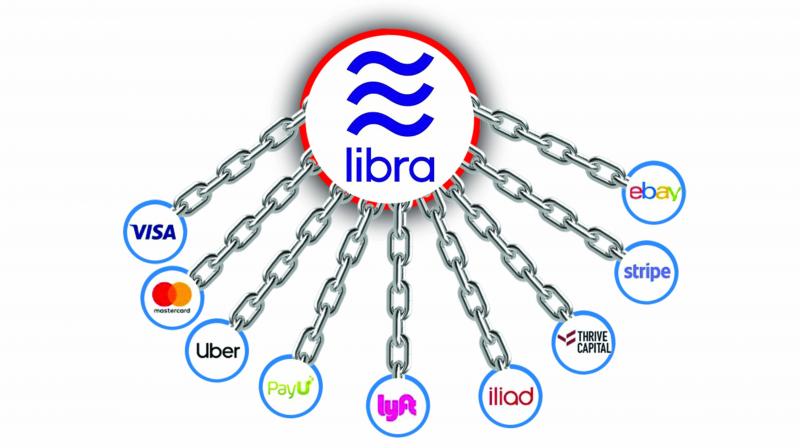 The Libra Association is an independent, not-for-profit membership organization, headquartered in Geneva, Switzerland.

Three weeks ago, Facebook, with access to over 2.4 billion users, announced a white paper to develop a digital token, Libra. The vision to transform the global economy through the creation of a global crypto currency is a novel one and could be a gamechanger to the ideology of financial inclusion.

Separating Libra from the mainstream perspective surrounding Bitcoin and other crypto currencies has not been easy. Whilst naysayers and critics are still calling for digital and decentralised currencies to be worth zero, the announcement of Libra has actually supported and brought more validation to the entire ecosystem with Bitcoin now trading up over 200 per cent this calendar year.

In the technical world, Libra is known as a centralised currency, meaning one which can be influenced and controlled by one or several parties.

Dubbed the “Internet of Money”, people will be able to transfer wealth around the world in a cost-efficient and secured manner using Libra. Imagine sending some money to a friend who resides on the other side of the globe through a simple text message. Could this get any easier? The lower barriers of entry for mainstream users, providing greater control of capital and frictionless payments across borders creates opportunities aplenty. No more waiting time of 3-5 days to wire money across the world; 1.7 billion people who are unbanked are able to have access to financial services and cheap capital; economic growth boosted through a more efficient commerce system; these are some of the direct impacts that Libra could create.

The digital currency itself has many attributes similar to other forms of money and derivatives. Firstly, Libra will be a stable and low volatility crypto currency which will not be subject to the significant fluctuations that we observe in currencies like Bitcoin. This is achieved by backing the token with a reserve asset which holds a basket of bank deposits and fiat currencies to maintain a peg.

Secondly, Libra is governed by a non-profit organisation, headquartered in Switzerland, with 28 founding members that include Visa, Mastercard, Paypal, Uber, and Spotify. These huge multinational corporations will have voting rights to changes of the currency, whether it be supply, process or technical upgrades. Such corporations (investors) are also known as validators, and are required to fund an initial investment of $10 million each.

Lastly, Libra will be running on its own blockchain. The idea of this, similar to other currencies, is to have a record of transactions that are immutable on the blockchain ledger. This creates a scenario where money cannot be replicated, double spent, or disputed in any way. By doing so, the currency can then be used and circulated across Facebook platforms such as their messenger and WhatsApp.

In this digital age, with great responsibility comes great scrutiny. There are many criticisms surrounding Libra, with some calling it a façade as the ecosystem is not decentralised to begin with. US regulators have called for Facebook to suspend the development of Libra multiple times with scheduled hearings to be conducted on Libra in July. Outside the US , many governments and central banks around the world have also stepped forward and demanded more information from Facebook with greater regulatory oversight as they fear that Libra could threaten national sovereignty and the global financial ecosystem.

Can we really blame regulators for being sceptical? In early 2018 the Federal Trade Commission (FTC) launched an investigation into Facebook for the mismanagement of private data relating to Cambridge Analytica and influencing users for political adveritising purposes. Now facing a fine of up to $5 billion for the scandal, Facebook comes under constant scrutiny for its practices relating to privacy.

This begs the question of whether Facebook and its currency Libra can really be trusted with potentially becoming one of the largest digital banks in the world. It’s not a stretch to assume that our most personal transactions via Libra could simply create an extra layer and data point for Facebook. For example, buying online from an e-commerce platform using Libra could then trigger a range of other advertisers and related companies to show sponsored content on your social media based on these past transactions. While some consumers may not have an issue with this level of data use, where is it that the line is crossed?

Would usage of your transactional data be okay if it was to influence your position on politics or even religion? These are the fears that are beginning to unfold as the world realises that the largest harvester of data globally will soon also be a central bank.

With the clear concerns aside, we also need to understand what Libra would mean for other crypto currencies. Indirectly, Libra should provide some form of value, otherwise, Binance (a reputable top crypto currency exchange) would not have engaged talks with Facebook about listing their token. We are at a major inflection point for the blockchain and crypto currency markets as no other projects have that scale comparable to Facebook’s Libra to generate that immense potential adoption towards mainstream users, indirectly impacting other crypto currencies in the ecosystem as well.

Overall, we have seen strong mixed reactions being ramified throughout both the crypto and non-crypto markets, ever since the announcement of Libra. One thing is for sure, it is not going to be an easy journey for Facebook. Only time will tell.

(The author is the CIO of Astronaut Capital, a cryptocurrency investment firm that specialises in asset management of digital assets. He is also the CEO of Picolo Research, an institutional research firm which analyses cryptocurrencies and blockchain related projects. You can find out more about Matthew and his team by going to www.astronaut.capital)