When will India learn to be happy?

The UN gets the views of around 3,000 persons from each country on six attributes. 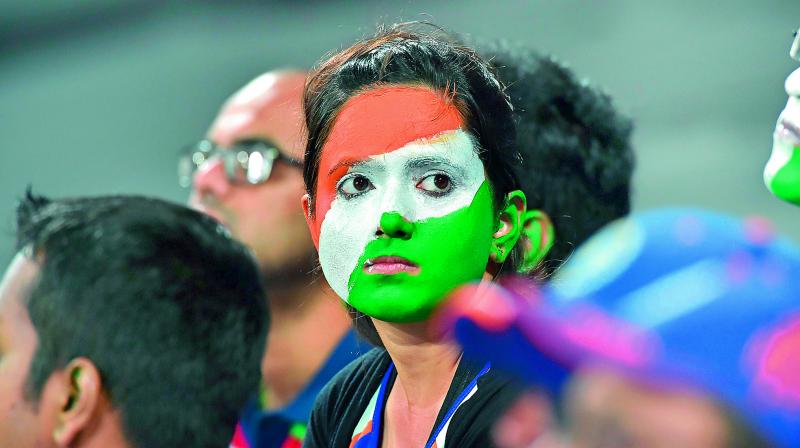 The freedom from corruption factor is something that affects all citizens. (Representational image)

With more than half the population still languishing in deprivation economically, is it any surprise that India is not a happy nation? The 2017 World Happiness Report says India is among the world’s saddest nations. In fact, India is ranked 122 out of 155 countries in the report.

Notwithstanding the economic achievements of the country, India does not appear to be a happy nation, according to the UN, which tracks a Happiness Index. One way out is to debunk what the UN says. But if we look closer, purely from the economic perspective, the picture is quite true even if we keep aside the social, political and judicial systems that keep the common man unhappy.

Caste, religion and other non-economic considerations still contribute to stratification of society, while the political system appears outside the boundaries of ethics. But even within the circumference of economic parameters, the score does not look too encouraging.

Let us see how this works. The UN gets the views of around 3,000 persons from each country on six attributes. These are: per capita GDP, life expectancy, corruption, support systems, freedom to take decisions, and generosity.

For two of these six attributes, India could be doing well going by the statistics. Per capita GDP growth is ambivalent in interpretation, but the number always tends to be upwardly mobile as the economy continues to grow by say 7-8% and the population at 1.3-1.4%. But this statistic does not take into account the distribution pattern. The PDS (public distribution system) as well as programmes such as NREGA (National Rural Employment Guarantee scheme) should ideally be happiness inducing. While efforts are on to ensure that the delivery of such services is made efficient, given the expanse of the country and the population, it is not adequate. Add to this the constant call to follow economic Darwinism, which is the survival of the fittest, where the government helps those who help themselves.

On the second parameter, life expectancy, most countries, even those that are extremely poor, would score well over the years for two reasons. First, the advance of medicine and the efforts of various multilateral agencies and private foundations to eradicate diseases that are in the nature of being epidemic-like, have helped tremendously. Hence, death from diseases like small pox, cancer, coronary ailments etc., are less likely to kill than earlier. Second, under the force of competition, companies have actually brought down the cost of medication, which makes it more accessible to the poorer sections.

On the other four parameters India does not do too well, which brings the score down. The freedom from corruption factor is something that affects all citizens. While the present government has been attempting to reduce human interface for any interaction with the government, for say a licence, food card, permit etc., given the federal nature of the country and the plethora of regional laws, it is always a challenge to deal with officials. This is not just at the individual level but also in corporate operations. A high level of economic illiteracy and the absence of proper land records put the poor at a disadvantage. Therefore, governance is something that needs to change. . 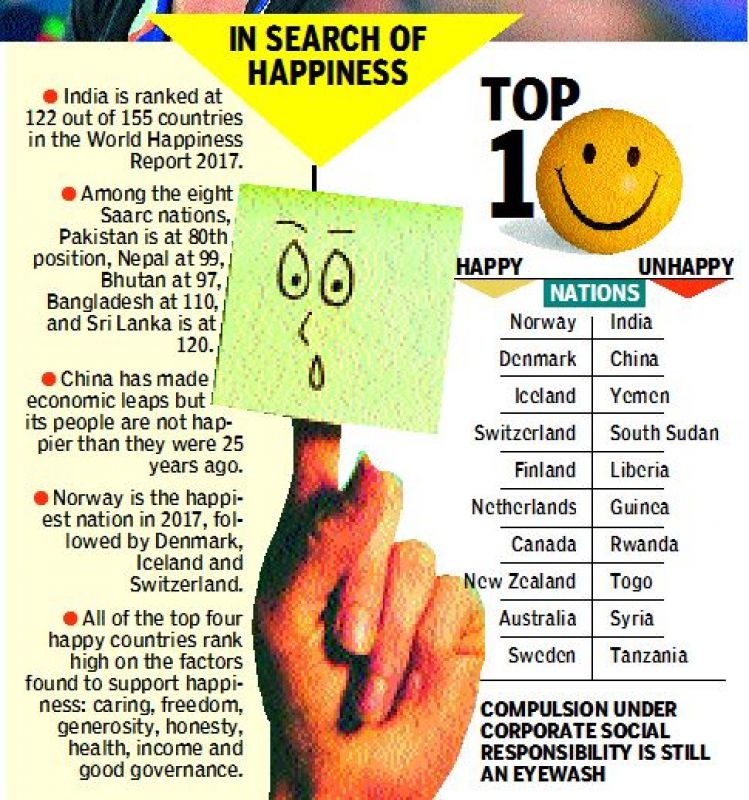 Second, are people free to take decisions about their future? The answer is a shoulder shrug because while there are queues in the employment line, there are not enough jobs. As long as the public education system remains dysfunctional (we highlight the mid-day meal scheme, though never the employability of such students), we will never be able to actually get to make the economic choices that we desire.

Third, do we have systems we can rely on when we are in trouble? Where society ties are strong, the community will help out but will reach the barrier of access to, say, health facilities, which are predominantly provided by the government in rural areas and are of low standard. Where facilities exist, as in the urban areas, income barriers are erected as there is wide disparity between private and public health facilities where commercialisation and profit motive of the former has virtually excluded the not-so-rich.

Lastly, are we a generous society? While there are pockets of generosity in the exogenous sense which has made a difference to the lives of children and the aged, the compulsion under corporate social responsibility is still an eyewash as companies dodge the responsibility by contributing to designated funds which work just as how normally such organisations do - large part used for salaries and administrative expenses. Therefore, while we may take umbrage at the low score in happiness, especially compared with some of our neighbours, the truth is that we are quite a distance away from reaching the optimal mark in almost all these areas.

Given that the 3,000 odd responses were well-distributed across the income scale, there would have been an upward, not a downward, bias. We need to remember that the socio-economic Census of 2011-12 showed that 60% of rural households are classified as being under deprivation. Need we say more?