A grand reception to be held later 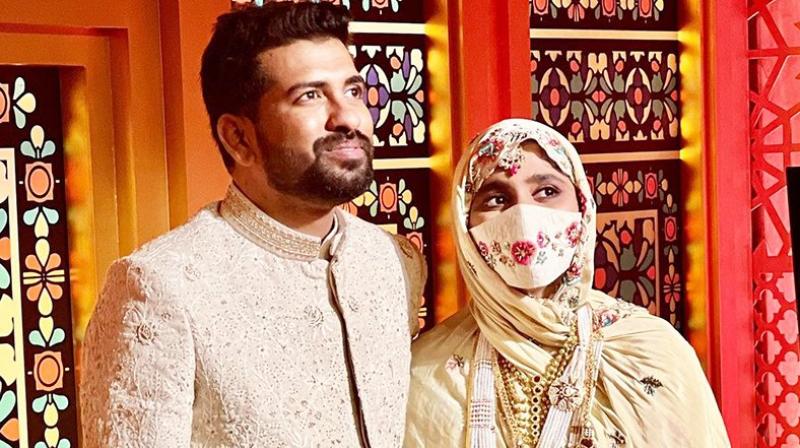 The traditional Nikkah that took place at a star hotel in Chennai was attended only by immediate and extended family members of the couple. The Mozart of Madras shared a family photo from the wedding ceremony on his Instagram handle. He is seen posing with the newlyweds along with his wife Saira Banu, younger daughter Rahima and son Ameen.

“May the Almighty bless the couple .. thanking you in advance for your good wishes and love @khatija.rahman @riyasdeenriyan #nikkahceremony #marriage,” Rahman posted. A portrait of his late mother Kareema Begum was on display near the family group.

Later, Khatija shared a photo and captioned it: “The most awaited day in my life. Married to my man.”

The bride and groom both chose off-white for their wedding attire. Celebrity stylist Shruti Agarwal had conceptualized the costume and styled Khatija for the special occasion.  Several fans and celebrities, including Shreya Ghoshal, Neeti Mohan and Harshdeep Kaur blessed the new couple.  Khatija and Riyasdeen got engaged on December 29 last year. Riaysdeen is a sound engineer at AR Rahman’s KM Studio and is the Live sound designer for the maestro’s work.