The modern norm calls for merit, and the best example are the various competitive exams from IIT to IAS. 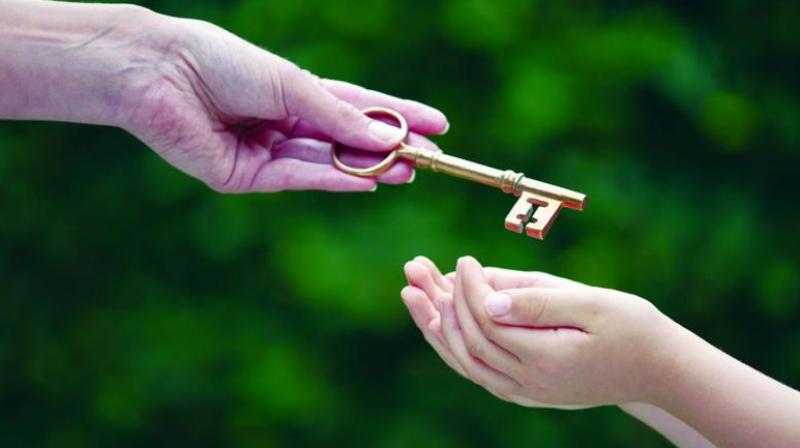 When family values and interests define or determine the public domain, we have nepotism.

Whether it’s politics or businesses, across the world, families have always felt a sense of entitlement. A neta’s child thinks it is his/her birthright to carry forward with netagiri irrespective of whether he/she has the skills. Ditto with family-run businesses. Why is it so difficult for the public and heirs to shed dynastic hangovers and give precedence to merit alone?

Nepotism is seen as one of the first corruptions. When a man gets a job because his uncle is powerful it is nepotistic. That definition makes sense in a world of dualisms, where there are strict lines between private and public, where the traditional does not invade the modern. But in the world of craft and the informal economy, in fact in many corporations, the family still rules. Despite modernity, people feel that family still survives the resonance, the impersonality of public life.

In fact, public life in its normative sense demands what the sociologist Max Weber called impersonal rational criteria to define recruitment and decision making. A bureaucracy was in that sense opposed to the family. The former was rational, impersonal, meritocratic, and in that sense open beyond the standard ascriptive models. The latter was intimate, affective. To carry over values from one domain to the other was seen as ungrammatical.

Yet, even in modern life the opposition of nepotism and bureaucracy seems muddied. Family corporations seem to thrive and work with vitality. One thinks of the DuPonts, the Birlas and the TVSs where familial and professional values combine and consolidate each other. I have seen hospitals in India where the recruitment of nurses will be from the same two or three villages. These are extensions of the family network and allow patriarchal organisations to function effectively and economically. They allow for greater loyalty. Still, companies like the Tatas have regional solidarities in various departments, where Bengalis would dominate section A and Tamils section B. It was the way of creating responsibility when institutions were being built. When some young man misbehaved, you reprimanded him both as uncle and foreman. Even business firms, which for a long time condemned nepotism in theory, encouraged it on the quiet. You had special consultants for family corporations, where corporations emphasised the fact that their children were trained at Harvard or Chicago. The Mahindras and the Birlas are examples of such genealogical competence.

Yet such enlightened nepotism which one often saw in families is not acceptable today. The modern norm calls for merit, and the best example are the various competitive exams from IIT to IAS. Merit also opens out spaces for the less privileged. A democracy in that sense needs to be meritocratic. But it also needs to understand the depth of hybrid models. Even today there is pride in family continuity where a doctor’s son becomes a doctor and a judge’s son a lawyer.

Even if the beginning is meritocratic, the family cocoons the aspirant with privileges and networks which makes his success easier. “Contact” in that sense is one English word that has been indigenised across languages. “Contact” is the word of the familial and the nepotistic. In India one achieves few things bureaucratic without contacts.

Yet nepotism jars one’s sense of modernity and justice. Third world countries love to pretend they are meritocratic. They hate the power of family, especially when they do not belong to it. The classic example touted by everyone is Rahul Gandhi. Everyone likes to beat him with the meritocratic stick. They feel he does not have the right to lead because he lacks the competence to lead. Yet few said this about Indira. In the beginning some called her a dumb doll but they soon realised she was a sharper and more adept politician than her father. It is an Epigoni. Do not make the idea of competence only seem parasitic, when people condemn them. Families too have become much more sensitive to competence.

Yet nepotism for all its functionality challenges a deeper norm, the idea of equality and the equal right of citizens to access organisations. Merit is seen as legitimate, fair and just. The dream of equality and its institutionalisation is necessary for democracy and for justice. Equal under the law is a challenge to any nepotistic ideal. Such a norm is essential if India is to become democratic.

The transitional periods might require hybridities, especially when migrations are taking place, where family and its networks are critical. In this context, we need to study organisations like the Satsang, which combine values of solidarity and equality more creatively.

There are dangers to nepotism which are obvious. First, it violates the norms of fairness. Second it can be unaesthetic, think of VIP children lauding it in public. The rich man’s son showing off his father’s allowance is a familiar parasitic law and order problem. Yet, the logic of power seeks to perpetuate power, especially in politics where a kind of dynastic rule is the norm. Yet, such dynastic politics creates an idea of community, like a club which feeds on cronyism and destroys the democratic way. To argue for elitism when it is accompanied by parasitism and cronyism is not quite convincing.

Parallelly, there is a pride in competence and achievement, a sense of creativity which nepotism cannot offer. Nepotism also blinds you to new ideas and values. I think the Congress lost because it became a club with a sense of restricted membership for families. Merit does open worlds and in that sense politics has to be an open system.  The irony is when people who campaign for populism and socialism begin to perpetuate dynastic rule. Lalu Yadav and his brood will be a perfect example of such electoral hypocrisy. One needs a sense of merit and creativity in any democracy. It has to be a constitutional value, and as mobility and aspiration begin defining us, equality will become a greater demand.

Nepotism might lose its lurking attraction as the dream of equality and equal rights and excess for all incepts the institutions of our society. Till then, India will be a mix of reform, enlightenment and sheer hypocrisy.