It is in a nation’s best interests to properly develop the minds of its brightest and best so they may be able to tackle the problems of the future. 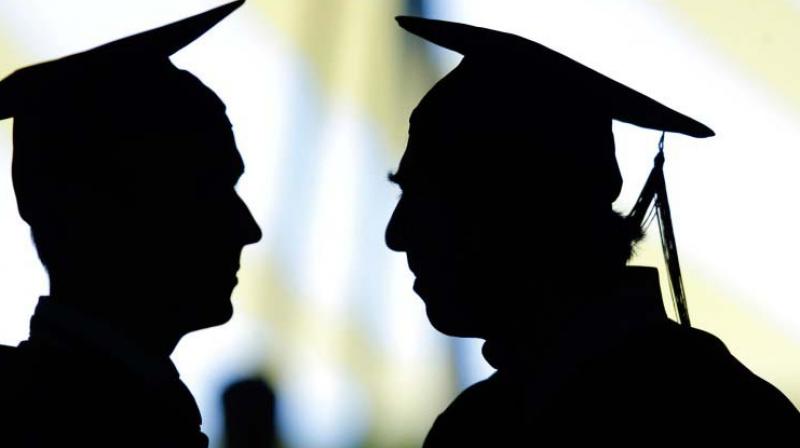 Many states in India follow the reservations policy as part of affirmative action and social engineering. So for us to argue against racial balancing in the U.S. is far-fetched.

There is a lot of buzz here in the US about the fate of the petition filed by students against Harvard’s racial balancing in admissions. But experience bears out the fact that higher education is better served if there is no racial, cultural and ethnic diversity on the campus.

I have lived and worked in different universities in the US and am indebted to the superb racial mix of students and faculty for my better education about the world. Complaints about discrimination are commonplace while an institution tries to ensure diversity.

Sometimes an alleged bias, not favouring merit, is possible given a university’s compulsions to raise funds for expansion and development. But the larger issue at stake in Harvard vs Students for Fair Admissions (SFFA) is whether a university has to be race neutral in student admissions or adopt a policy of racial balancing.

Asian Americans can’t feign ignorance of home truths. For instance, many states in India follow the communal reservations policy as part of affirmative action and social engineering. So for us to argue against racial balancing in the US is too far-fetched.

There is some truth in the charge that Asian Americans score less on personal rating because for most of us the foreign language is a barrier to full expression. In other words, Asians’ ratings on soft skills may be undermined by a language deficit.

I have personally noticed that some Asian students are hesitant to speak up even six months after arriving in the US, even though they often have something worthwhile and valid to contribute to a given discussion. This of course is less of an issue for Asian Americans born or raised in this country.

In addition to that, there may also be a subtler cultural component at work here. In many Asian American families, children learn that one needs to be very respectful and not be seen as “pushy” or “self-aggrandising” when speaking to one’s elders and people in authority. It is just good manners to them. This behaviour is no measure of how these students will perform in their careers when they themselves are in positions of authority.

I really think universities are unaware of how really unimportant in the long run these transient, so called bad traits, are. Perhaps it is not out of place for the Asian communities to educate the admissions officers.

Diversity policy has been in effect at Harvard and all the other Ivy League colleges for many years. Many communities had to fight to get to this state. I truly believe, putting aside issues of fairness, that it is beneficial to all students to be exposed to fellow students from all ethnic backgrounds, be they Black, Hispanic, European or Asian. Travel, they say, is prejudicial to narrow mindedness and bigotry. Education, in the company of students of diverse backgrounds, would surely achieve the same.

I can state with absolute certainty that my student days at the University of California at Berkeley were truly enriched by interaction with students from all over the world.

What is required is a delicate balancing act: fairness to academically high scoring students balanced against fairness to economically and socially handicapped minority students, some of whom may not have scored as high as others academically, but could potentially do so, or do even better, when given the more level-playing fields at universities.

One way to tackle this conundrum might be by having more transparency and wider and wiser input into the decision-making process. Transparency is at a premium in most private colleges, including my school. What we often have instead is translucence, which restricts the view from the other side. This is the bane of campuses everywhere.

Let us acknowledge for the sake of argument that all universities sometimes need to give consideration to legacy students, employee’s children, and athletes. May be, very occasionally, even to the child of a big donor who helped build a facility that now all can enjoy (yes, I know I am skating on thin ice here).

Still, if the system is not grossly abused, it still leaves the majority of the seats for the rest of us. Universities can set up a formula, this time after consultation with students, alumni, educators, psychologists and even industry leaders, which does not smack of favouritism, nepotism and racism.

It is when there is no transparency and when universities, which are after all perceived as gatekeepers to a student’s successful future, develop what seems like arbitrary, sneaky, so-called soft criterion for admission, that students become suspicious and unhappy. That is when they sue.

It is in a nation’s best interests to properly develop the minds of its brightest and best so they may be able to tackle the problems of the future.

What we lack is a good definition of those two terms and a way to identify and train the ones that best fit the description. It might be best if universities solved this problem themselves, rather than leave it to a judge in a courtroom to do so.

The author teaches at Columbia University