There should be massive investment in a community-oriented system 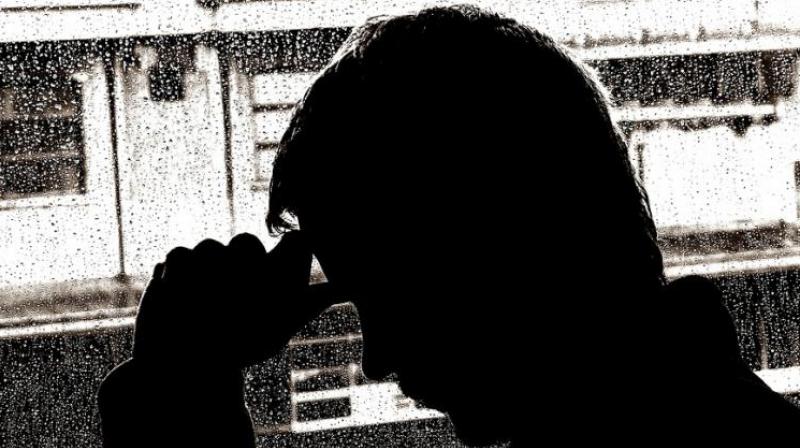 The immediate priorities are to massively invest in a community-oriented mental healthcare system which addresses the major barriers to implementing effective interventions. (Photo:Pixabay/Representational)

Last December, at the annual convocation function of Nimhans, India’s apex academic institution for mental health, President Ram Nath Kovind said that India was facing a “mental health epidemic” and stressed the need for providing access to treatment facilities. His speech followed on the heels of Prime Minister Narendra Modi’s Mann Ki Baat radio address in March in which he urged the people of India to openly discuss depression and other mental health issues. “The first mantra (towards curing depression) is the expression of depression instead of its suppression,” Mr Modi said. He also, rightly, emphasised the vulnerability of India’s youth to experience mental health problems. Around the same time, Lok Sabha passed the Mental Healthcare Bill, which, at long last decriminalised suicide attempts and, more significantly, mandated that persons with mental health problems should be able to access quality healthcare from services that are operated or funded by the government. Unusually, for our Parliament, there was support from all political parties with passionate and sensitive speeches by many legislators. Astonishingly, even though the Right to Health Bill has been languishing on the backburner for several years, Parliament passed a Bill enshrining the right to healthcare for people with mental illness.

Having worked in this sector for over two decades, I could not have imagined such high-level political will to support mental healthcare in India, which is mirrored globally as reflected by the inclusion of mental health as a component of the UN Sustainable Development Goals. The acknowledgement of mental health as a target of sustainable development is a victory for scientists who have worked tirelessly for decades to generate the evidence demonstrating the enormous individual and societal consequences of mental health problems, and the existence of affordable and effective interventions for them. Their efforts have been coupled with the courageous advocacy of civil society representatives — in particular persons affected by mental health problems — who have made compelling social justice arguments on the right to care and the right to a life with dignity.  However, as we savour this moment where mental health has found its long-awaited rightful place in the Indian and the global development agenda, it is also an appropriate opportunity to reflect on the ground realities and challenges confronting the delivery of mental healthcare. The government’s National Mental Health Survey, published last year, reported that about one in 10 adults in India was experiencing a clinically significant mental health problem (I suspect the prevalence would be similar in children), meaning that at least 100 million people in this country are currently affected (and tens of millions more if one counts family members affected by mental health problems in a relative). But, what is even more disturbing is that the vast majority of these persons, up to 90 per cent for some types of mental health problems, had not received any treatment or care for their suffering. This is despite the fact that we have highly effective remedies, ranging from medicines to psychological therapies and social interventions, and mounting evidence that these can be delivered by community health workers. The moral imperative for mental health is to see the pronouncements of our leaders and the guiding principles of the new Mental Healthcare Bill to be implemented in reality, to transform the lives of those affected and their families. And, we need to act with urgency, as hundreds of millions of our citizens transition from childhood to adolescence, the peak period for the emergence of mental health problems. Suicide is now the leading cause of death in our youth. At the other end of the life course, tens of millions will transition into old age, the peak period for the emergence of dementia.

The immediate priorities are to massively invest in a community-oriented mental healthcare system which addresses the major barriers to implementing effective interventions.

Innovators across the country have demonstrated how these barriers can be addressed. These innovations comprise the delivery of evidence-based psychosocial interventions by appropriately trained community health workers or primary care facility counsellors. This delivery platform must be seamlessly coordinated with specialist platforms, such as those involving care by psychiatrists. Thus, the model of care would constitute two levels: an entry, low-intensity step for the majority of patients suffering from mild to moderate mental health problems; and a high-intensity step for the minority of patients suffering from severe problems and those who do not respond to the first step. Such a stepped care approach is currently being developed by the PRIDE programme in New Delhi and Goa for adolescents in secondary schools. A bottleneck to scaling up effective psychosocial interventions through community health workers is training and quality assurance; the ESSENCE programme in Madhya Pradesh is seeking to address this barrier through digital platforms.

It would not be an overstatement to say that there can be no sustainable development without mental health, just as there is no health without mental health. Realising the aspirations of the visionary National Mental Healthcare Bill will result in a transformation of the mental healthcare system of the country. There is no time to lose. We need to act now, and we know what needs to be done.

(The author is Pershing Square Professor of Global Health at Harvard Medical School and is affiliated with the Public Health Foundation of India and Sangath.)