The big question is what role society should play as opposed to social media platforms. 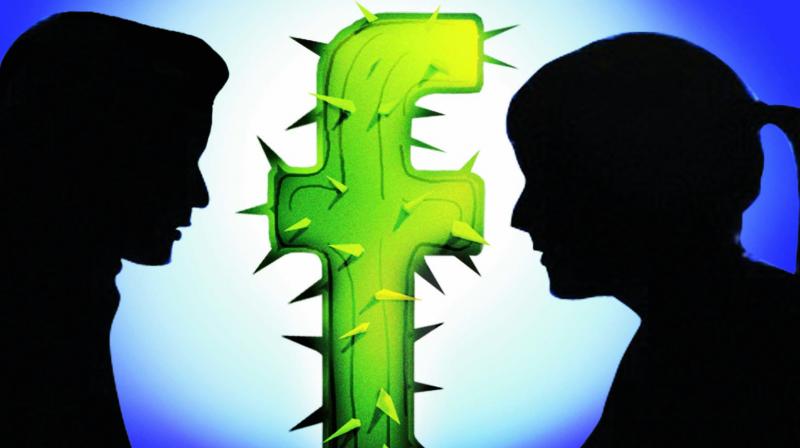 Google and Facebook take the position that they are not bound by the Indian law; only the US law governs them.

Social media empowers but also facilitates fake news and socially toxic material. The latter phenomenon has prompted social media companies to use filters against “unacceptable content”. Many see this as new trend of corporate censorship. Are tech giants overstepping the limits?

The big question is what role society should play as opposed to social media platforms. If we gift the power of censorship to platforms like Facebook, Google and Twitter, we are promoting private censorship. If these institutions prefer to function like public institutions, they need to come under the control of regulatory bodies that control public spaces.

The technical issue being raised by many is that social media is being misused for creating enmity between communities, which is being dubbed as hate speech. There are laws to curb hate speech. The police and society have instruments to prosecute people who misuse social media, which in turn has the responsibility to respond to the state as soon as it is warned of a potential misuse.

But social media platforms argue they are not Indian platforms as they operate from the US. Google and Facebook take the position that they are not bound by the Indian law; only the US law governs them.

India has laws to prosecute people who misuse social media. Social media platforms have to cooperate with the state in fulfilling its basic function, and if they don’t, we should explore options to make them liable under Indian law. After all, hate is not freedom of speech; it’s culpable offence under the Indian law.

The IT Act governs social media platforms, which are intermediar-ies. If they do not respond immediately to state agencies for information and if they hold it back, it amounts to compounding a criminal offence. Inste-ad, asking them to perform censorship functions is dangerous becau-se the state is abdicating its role.

But what we have seen is the very opposite; the state moves against individuals. Recall the arrest and release of the two girls who had protested on social media against the Mumbai shutdown over Shiv Sena patriarch Bal Thackarey’s death. It was a misuse of law. But we really have no such redress against social media platforms. Issues are different when it comes to freedom of speech and censorship laws. Let us not confuse the issue of what is entirely preventable under existing law and create new censorship policies on social media.

The other issue is that most hate messages are transmitted through WhatsApp. WhatsApp is owned by Facebook but the instrument used is not Face-book. There is a catch in it. One can include anybody in a WhatsApp group without the consent of the person concerned; even if the person exits, you can put him back into the group. This is not a bug but a feature, to use our parlance. This is a basic feature that FB has retained in Whatsapp so that it can trail people for more information. Do not ignore the symbiosis between social media platforms and virality. If things don’t go viral, then these platforms are the poorer for it.

The government should ask Facebook to rectify this. Those who promote hate indirectly or directly also have influence over powers that be. The latter’s interests also seem to be in keeping WhatsApp in this form, so that it can be used for electoral purposes. It can be used for dissemination of different kinds of information.

Now, come to lynch mobs. As long as it was cow-related lynching, the government didn’t seem to bother too much. It was bothered with lynching associated with child-lifting. The government cannot adopt double standards, winking at social media misuse in one instance and ignoring it in the other.

Both Facebook and the government must take a relook objectively and dispassionately at how the virality of hate messages spreads. Asking Facebook to use filters doesn’t work because what is one man’s freedom of speech is the other man’s hate. How do we allow someone to dictate to us? That’s why we have courts, which have the last say on what constitutes hate speech, and freedom of speech. This process should not be left to shadowy confines of boardrooms of Facebook, Google or other companies.

We need to create regulatory structures for social media platforms which have become mon-opolies in their own spaces; how they need to be regulated and controlled for public good; that is the challenge before society.

We have created a system in which hatred has become completely “responsibility free”. People use abusive speech, hate speech and the state machinery has been complicit through its silence and inaction. Not because it couldn’t do but because it did not want to.

The second part is that we have triggers in social media. People do respond, they inform authorities of what is happening, warn them of fake stuff, warn of law and order situation and forecast violence. The state’s responsibility is to ask Facebook to take down such messages; people can also ask Facebook to take them down.

Section 79 of the IT Act has specific provisions under what conditions Facebook has to take down hate messages. Curren-tly, it does not: mo-st hate posts are left untouched. I don’t think Faceb-ook is better equi-pped than India and its people to resolve the issue.

Facebook will say they will do it with algorithms. Now, algorithms do not determine hate and they are also not justiciable. One cannot go to court and say “punish this algorithm”. It’s a very slippery route to go down.

If there is a criminal issue, a riot-like situation, then government can declare Section 144 and shut down even the internet. That’s what the government repeatedly does in Kashmir.

Increase the speed with which the government can react to such hate posts, and force the social media platforms to respond faster. This can be strengthened through an executive order as this pertains to rules under the IT Act. We do not need a new Act to do this. A simple change of rules can achieve this. So I am all in favour of controlling hate, but it must be done by human beings and through processes that are transparent and justiciable.