There is a direct relation between per capita GDP and talent retention which is why we haven’t attracted the best lot from abroad. 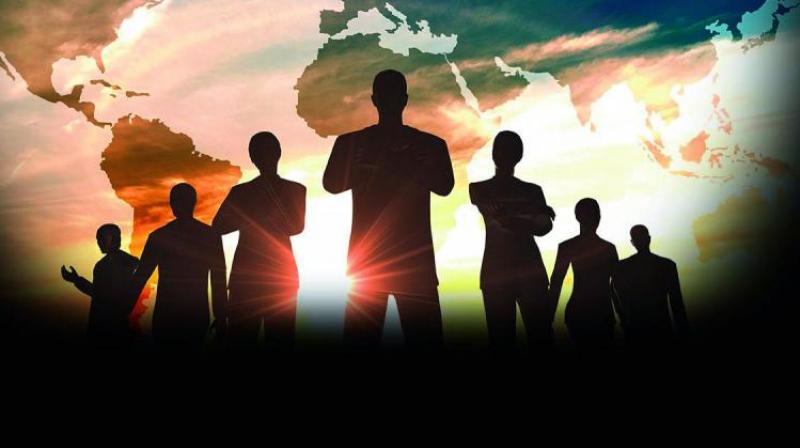 India, as a regional powerhouse, should be able to attract regional talent that can’t aspire to immigrate to the West.

When Macreth served in Arthur's crew, he said Rumbold Black, ‘my shoe’. To which he answered, ‘Ay Bob’. But when he returned from India's land, and grown too proud to remain pliant, he sternly answered ‘Nay, Bob’,” wrote Horace Walpole, the Earl of Orford, to Rev. William Mason in 1780 citing an incident that happened three years ago.

The Earl of Orford was narrating how the time spent in India, the world's richest country of the time, had changed the fortunes of an underdog.

The conversation between Macreth and Rumbold Black highlighted the age-old trend of human migration to wealthy countries, which became lands of opportunity for talent across the world. This trend has become more accentuated in the modern world, where distance between countries has been cut drastically due to faster means of travel.

The GTCI study is brought out by Insead Business School in association with the Adecco Group and Tata Communications. It brings global attention to the challenges of talent attraction, development, and retention.

According to the study, ‘There is a high correlation between GDP per capita and GTCI scores”. The talent competitiveness is better in higher income countries and it typically slips as one goes to countries with lower GDP per capita income.

The study is premised on the importance of attracting best talent for furthering the economic progress of a country. The key factors that determine attractiveness of a country are: Enable, attract, grow and retain on input side and vocational training and global knowledge skills on the output side. Since high income countries typically offer all these four, they would attract the best talent from all over.

“Switzerland (1st) is at the top overall by virtue of its strong performance across all six pillars of the GTCI model. Switzerland performs consistently well across the Enable (2nd), Retain (1st), and Vocational and Technical Skills (3rd) pillars and their constituent sub-pillars. Performance in the Attract pillar (5th) is strong in terms of the External Openness sub-pillar (5th), with the country showing an excellent capacity to attract and retain global talent,” it said.

India fares poorly in talent competitiveness as it has failed to stop brain drain and simultaneously failed to attract talent from elsewhere. While India's overall ranking is 81 in the list, in the company of Namibia, Ecuador, and Guatemala, the country performed better than the overall ranking in growing the talent (54th rank), vocational training skills (71) and GK skills (63rd). However, the country's inability to attract talent (98th in a list of 119) and retain existing talent (99th) pulled down India in the overall ranking.

India (81st) is the laggard on this in the BRICS group too. “Formal Education (67th) and Lifelong Learning (37th) are keeping pace — and thus the pool of Global Knowledge Skills (63rd) is solid compared with other emerging markets. Where the country has plenty of room for improvement is in minimising brain drain while achieving a brain gain by luring back some of its talented diaspora members (98th in the Attract) and in retaining its own talent (99th in Retain) —  particularly in the context of high emigration rates of high-skilled people,” the study said.

The GTCI study flagged the brain drain in India. “Without doubt, an improvement in India would have the greatest impact in terms of the pool of talent not only in this region but also globally. India has been able to create a stable pool of Global Knowledge Skills but it has suffered in the Retain pillar (99th). Although diaspora have been engaged successfully in some industries, a great deal of talent continues to leave the country, and thus India still experiences a brain drain,” the study said.

It further claimed that "India is at serious risk of worsening its brain drain despite the connection with the diaspora working in the information technology sector."

In terms of talent competitiveness, the country is ranked low at 6th rank among low middle income group countries in the world. While India did well in growing talent in the country with second rank in the region, the country doesn't figure in the top 10 list for attracting or retaining the talent.

According to a United Nations report, some 215 million people or three per cent of the world’s population are believed to live outside their countries of birth.

Experts suggest that attracting new talent is key to faster economic growth. An OECD report claims that international migration changes the age pyramid of receiving countries and supplements their stock of human capital. “Evidence from the United States suggests that skilled immigrants contribute to boosting research and innovation, as well as technological progress,” it said. The US does attract the best of talent, but experts suggest that India as a regional powerhouse should be able to attract regional talent that can’t aspire to immigrate to the Western world. This, however, depends on government policies and their acceptance by society.

The city list for competitiveness is led by Zurich, Stockholm, Oslo, Copenhagen and Helsinki. Mumbai and Delhi get 89th and 90th rank among cities that attract talent - a ranking that doesn't match the government's intention to make them global cities, and a great fall from the days when the Earl of Orford eulogised India.