Lifeline: Get ready for artificial blood

The biggest breakthrough in transfusion medicine would be the ability to synthesise blood stem cells from a patient’s own tissue. 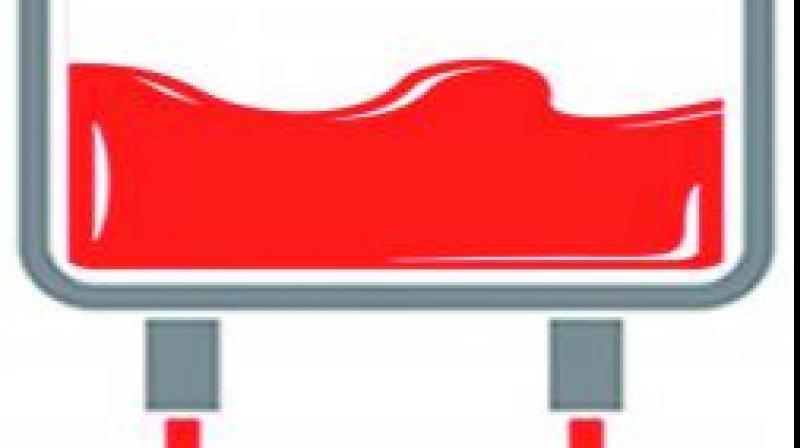 Advantages of blood substitutes include easier storage and elimination of the risk of blood-borne infections.

Blood is that fragile scarlet tree we carry within us. — Osbert Sitwell

Science defines blood as a connective tissue which consists of two main components. The first one is plasma which is the fluid part, and the other is formed of elements which include all cellular components. Blood has many important functions in the body such as transportation of oxygen and carbon dioxide, nutrition, immunity and coagulation.

Reports on advanced research talk of artificial blood that would one day bring down the demand for blood transfusion. But what do we mean by the term “artificial blood”? Are we referring to some miracle fluid which can perform all the functions of blood?

No. Artificial blood refers to some compounds which are capable of transporting oxygen and carbon dioxide in the body, which are in fact “blood substitutes”.
The quest for something which could replace blood dates back to the 17th century, along with the advent of blood transfusion practices. Substitutes tried earlier included animal blood, haemoglobin separated from human blood etc., but all of them resulted in fatal outcomes. During the Second World War, many path-breaking developments occurred in the speciality of transfusion medicine, including the discovery of Rh group. Lack of availability, difficulties in blood collection, transport and long-term storage and fear of blood-borne infections necessitated further research in the field of blood substitutes.

Blood substitutes can be broadly classified into haemoglobin-based oxygen carriers (HBOC) and perflurocarbon- based oxygen carriers (PBOC). Fluorocarbon compounds are good solvents of oxygen and carbon dioxide. They have high oxygen carrying capacity and deliver a greater percentage of oxygen at the tissue level. Perfluoro-carbons are reconstituted into emulsions. Fluosol DA was the first compound in this category to be approved by the FDA. Haemoglobin-based oxygen carriers work on the basis of the covalent bond which helps haemoglobin to carry oxygen. In blood, haemoglobin is located inside the red blood cells and the antigens responsible for blood groups are found on the membrane of these cells. With the use of HBOCs the requirement of blood group compatibility is eliminated. Haemoglobin-based carriers tend to get easily disintegrated in solutions.

Further attempts were made to synthesise stable compounds. Recombinant DNA technology was tried to synthesise haemoglobin outside the human body. In 1990, human haemoglobin synthesised in E.coli bacteria was marketed as “Raffimer” which was later withdrawn following FDA restrictions.

Newer compounds like MP4 (modified haemoglobin activated poly-ethylene glycol-maleimide) with high oxygen affinity offers much more hope in further research. A biosynthetic artificial red blood cell named ErythroMer is being developed in Washington University School of Medicine, St Louis. It comprises a polymer shell that surrounds a core of haemoglobin, and was presented as a breakthrough discovery in the annual meeting of the International Society of Oxygen Transport to Tissue in August 2017.

Theoretically, the biggest breakthrough in transfusion medicine would be the ability to synthesise blood stem cells from a patient’s own tissue. Such a personalised blood stem cell could produce all blood component cells. Stem cell researchers from Japan succeeded in developing functional human platelets from pleuripotent stem cells for the first time in 2008. Protocols have since improved, but are yet to reach an efficient output which would make commercial production feasible. As animal trials started this year, platelets are expected to be the first stem cell blood substitute to reach clinical trials by 2019.

The development of red blood cells from pleuripotent stem cells is technically more challenging, and in 2017, researchers succeeded in producing blood stem cells in mice. Further research is focusing on applying the same approach in stem cells of the macaque. A commercially viable protocol for production of blood components from stem cells would result in a permanent solution for the problem of scarcity of donated blood.

Haemoglobin produced from stem cells carries lower risk for adverse reactions, but the huge costs involved in the process raises concerns regarding the feasibility of production on a large scale.

Advantages of blood substitutes include easier storage, transportation, less risk of transfusion reactions and most importantly, elimination of the risk of blood-borne infections. Large-scale commercial production, when it happens, would offer a solution to the problem of scarcity of donated blood. In the current scenario, high costs, lack of stable compounds which can be stored for longer durations, adverse reactions to the currently available compounds, are the major obstacles. The search for a safer, cost-effective alternative to blood transfusion goes on.

(The writer is with Kerala Government Health Services)