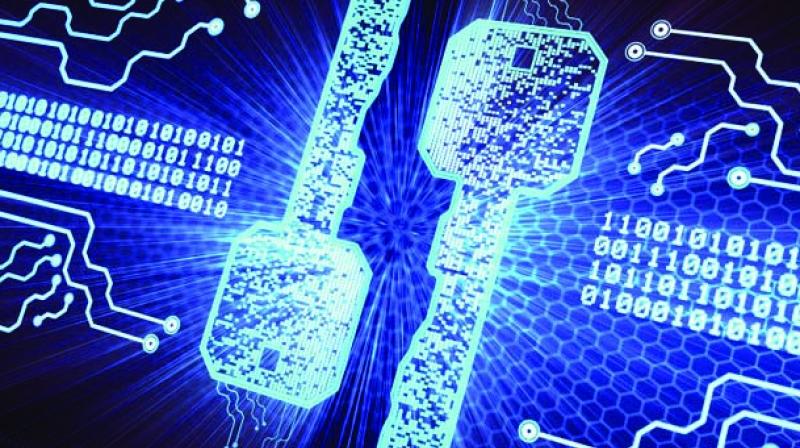 Scientists and researchers across different countries are studying deep and hard on the subject.

What is currently considered everyday computing did a have very humble beginnings. Now, this same complex computing of today is in for a radical shift, and exponential leap of what early researchers are calling “quantum computing” — as the name suggests, it will enable limitless amounts of information in virtually no time.

To trace back a few steps, this supposedly “everyday” technology was not around a mere five decades ago. It all began in 1948 when C.E. Shannon proposed the idea of finding fundamental limits on signal processing and communication through “information processing” in a landmark paper titled A Mathematical Theory of Communication. In one stroke, we gained the ability to digitise communication and information for dissemination as well as its storage. From that point on, it has been an incremental progress about how much and how fast the information we can process. The “how much” part of information processing had to do as much with its volume as with its scope that included photographs in digital form and data. All this has brought to a stage where information itself ceases to be an abstract entity in the form of digits, it has become physical.

It required the building of secure systems that were beyond the pale of merely the mathematical difficulty involved in both creating and unauthorised breaking down or penetrating into data.

For perspective, while information processing and computing is done in the last two decades on resources of the smallest scale (elementary particles or quanta), quantum computing works on algorithms that can solve very tough problems with faster algorithms. It involves numerous information processing milestones like teleportation and super dense coding, to name a few. Along the way, it has also allowed us to learn how to exploit the quantum mechanical properties of the computer system to perform cryptographic tasks which shut out info theft and hacking.

Then again, is a cryptosystem itself impenetrable? What if the security of this system is broken into by an eavesdropper who obtains a large-scale quantum computer, which eventually gives him/her access to data stored in billions of computers worldwide?

To study this, researchers played out a scenario. Two parties, for instance Alice and Bob, generate a classical secret key in the presence of eavesdropper called Eve. Despite all the computational power at Eve’s disposal, her knowledge about the secret key with Alice and Bob could still be significantly minimised. In other words, quantum key distribution can be regarded as quantum-safe cryptography. To protect data from an eavesdropper who has access to a quantum computer, the sensible way out is to build a system which is resistant to attacks.

The race is in fact on across the world to build quantum cryptosystems. Recently, a team of physicists in China reported that they were able to distribute entangled particles between a satellite and ground stations, a distance of about 1,200 km. Any attempt at hacking entangled particles would, even in principle, be impossible.

The breakthrough is unprecedented and of immense value to securing quantum communication networks.

Scientists and researchers across different countries are studying deep and hard on the subject. The Indian government, too, is pouring resources into research that can enable transmitting information via atoms, photons and other elementary particles.

(The writer is a professor at the Centre for Security, Theory and Algorithmic Research (CSTAR), IIIT-Hyderabad.)