Art of giving: Sex and the charities

It is important for organisations like Oxfam to sustain the support for charity in their home base and to rein in sexual abuse among staff. 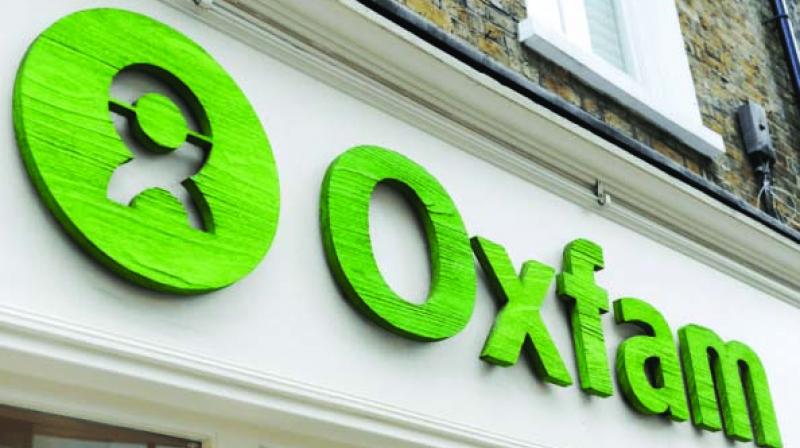 Aid from foreign sources is a two-edged sword as Indian NGOs tell the story of how exploitative some of the conditions can be.

The sex scandal tumbling out of the British charity Oxfam, known for its work overseas and its surveys on growing inequalities between the rich and the poor, has severely jeopardised its 32 million pounds a year funding from the UK government. The European Commission could cut its 60 million pound funding too. To retrieve ground and re-establish its place as a compassionate organisation, Oxfam would have to show that actions are in place to avoid cynical behaviour among its staff whose behaviour has been unacceptable.

The charity sector was pushed deeper into trouble after new claims about Save the Children. While Oxfam, Britain’s fourth biggest charity, “quite possibly deliberately” misled governments, police and the public by hiding the scale and nature of sexual exploitation by rogue staff in Haiti, Save the Children apologised to three women who raised concerns about “inappropriate behaviour and comments” by Justin Forsyth when he was chief executive.

Medecins Sans Frontieres, the world’s largest NGO with 40,000 staff, had to deal with 24 cases of sexual harassment or abuse and 19 people were dismissed. Oxfam is discovering more and more shenanigans of sexual capers overseas. The global fallout of all this will be felt as the agencies operate like multinational corporations in several countries. Aid from foreign sources to poorer countries is a two-edged sword as Indian NGOs tell the story of how exploitative some of the conditions can be.

An NGO that educates and feeds 2,000 underprivileged children at its school near Chennai had a bad experience with funding from a German NRI. Sevalaya suspected a takeover bid that stooped to the level of bringing a sexual harassment charge against the chief trustee and the NGO had to fight a legal case for years to clear the name of its principal official.

The cynical exploitation of funding sources from abroad, which are given money either out of the donor’s compassion for India's poverty or from religious motivation, leads to money-making operations in which a margin is kept for the Indian middleman, either abroad or in India. Some of those receiving funding do not generally bother about the source of the funding. Says N Jagannathan of Sevalaya, “It’s not for us to moralise on the source of funding. Money is getting so tight that we have to make several pleas to keep operations going so that the poor can be educated in schools..”

Is there a sense of Schadenfreude in Indian NGOs on Oxfam being caught out like this? Is this not an agency that uses its international prominence to raise funds in India for its Indian operations? Some would not admit it openly but they do point out that while many Indian NGOs are being shackled by  all kinds of restrictions on their funding and their accountancy practices, international charities like Oxfam — 2,500 staff and 31,000 volunteers — were thought to be too big to be touched in the donor countries.

The moral righteousness that countries like UK have shown after the scandal erupted, with Hollywood celebrities and socialites withdrawing their public support of Oxfam, is being pointed to by onlookers here who say India does not always react with the same attitude. While some say there is too much of the “holier than thou” attitude in the thinking abroad, they still believe that Indians seem to be more entertained by scandals than affected as a society.

The way Oxfam handled the case of Roland van Hauwermeiren - who was allowed to resign from his post in Haiti after admitting that prostitutes had visited his villa there — may have swung opinion even more against Oxfam. The charity may have blundered by not getting the police involved straightaway and it erred again in by making excuses for clear management failures when the seamy details of Hauwermeiren's activities finally came to light.

There is moral outrage over an aid organisation being caught trying to cover up. “It stands to reason that humanitarian organisations must be really clean and totally transparent in order to get funding. They must live up to far greater standards than corporations, which are driven by the profit motive. This is the biggest lesson to learn from all this,” concludes S. Narayanan, a well-known social worker from Chennai who helps poor kids find scholarships to study and homes to stay in.

It is important for organisations like Oxfam to sustain the support for charity in their home base and to rein in sexual abuse among staff. Otherwise, the spontaneous generosity of people responding to natural disasters will be lost and the losers will be the poorest people of the world. Development is an industry, but not compassion and any development built on compassion is what touches the heart - of the receiver as well as the giver. Modern cynicism should not be allowed to kill that compassion.