Retrocausality is just one of the many possible ways to solve the mysteries of quantum theory. 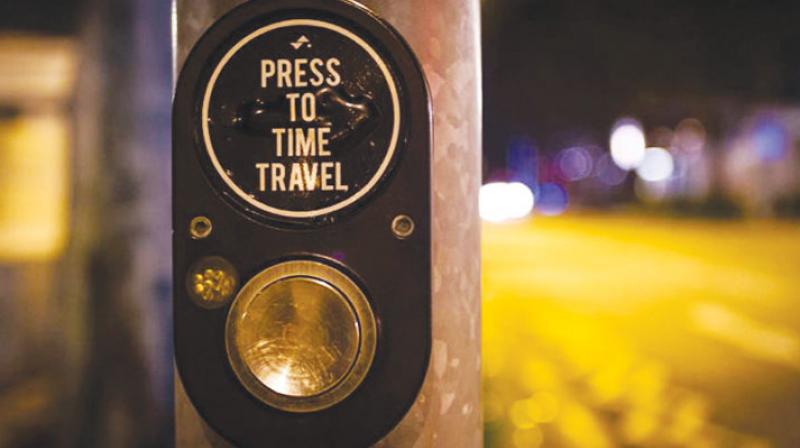 Quantum theory has by now developed a firm reputation for repeatedly defying commonsense.

Entangled by the strangeness of phenomena and their measurement at the quantum level, scientists are swimming into the deep end of a pool of counterintuitive theories.

Quantum theory has by now developed a firm reputation for repeatedly defying commonsense. There have always been counter intuitive ideas in physics but what makes quantum theory stand out is that its weirdness baffles not just the masses but even physicists, who continue to debate how to truly make sense of it all.

The latest among astounding proposals to surface in this discourse is a recently published argument justifying the existence of retrocausality, which essentially means events in the future can influence events in the past. If it sounds incredible that the outcome of your present or future actions can affect your past, there is good reason. The ordinary experience in which the cause precedes the effect is not just your intuition, it is also an important notion in physics called causality, which shapes the highly successful theories of relativity and field theory.

Matthew F. Pusey of Perimeter Institute of Theoretical Physics and Matthew S. Leifer of Chapman University, who work on the foundations of quantum theory, have published a paper in Proceedings of The Royal Society A, which makes the case that retrocausality might be a necessary feature of quantum theory, if we want to cling to the notion of quantum theory being symmetric in time.

It might come as a surprise that quantum physics, or even classical physics is time symmetric, given that we all perceive time to be this one-directional thing flowing towards the future. There are no contradictions, however, because time symmetry in this context simply means that if we knew everything about a system at a given time, we would be able to trace its past behaviour as well as  predict its future. Pusey and Leifer work with a similar but modified concept of time symmetry more specific to quantum physics. The bottomline: time symmetry is a well-accepted tenet of physics that has weathered the test of time.

What will not come as a surprise is that all this talk of retrocausality comes right from quantum entanglement territory. Dubbed ‘spooky action at a distance’ by Einstein, it refers to the ‘strange’ correlations seen between say, two particles, which can be separated by any distance, which could even be light years. In his celebrated theorem, J.S. Bell used quantum entanglement to demonstrate how quantum physics is truly different from conventional physics and drew a quantitative line between the two approaches.

The consequences of Bell’s theorem are deeply unsettling, but there is choice as to what way one wants to be unsettled. And this paper espousing retrocausality is an attempt to set things straight by offering a way around ‘spooky action at a distance’ in a realist framework, as the authors put it. This is not the first time retrocausality has been proposed. In fact, this work directly builds on earlier work by Huw Price, who used different assumptions to come to the same conclusion.

As difficult as it may be for us to wrap our heads around a concept that basically sounds like an ongoing game’s result affecting the result of a settled game, the weirdness of quantum theory is as subtle as ever. Just like how the ‘spooky action at a distance’ aspect of entanglement does not imply faster than light communication, retrocausal influences do not imply the transmission of information back in time. So no, this does not remotely translate to any ‘Back to the Future’ kind of scenario. Retrocausality, as they propose, is limited only to the outcomes of measurement on things to which quantum theory can be applied.

Of course, as the authors admit in the paper, the introduction of retrocausality is just one of the many possible ways to solve the mysteries of quantum theory. The choice between retrocausality and time symmetry only comes into play because of the other subtle assumptions based on which they construct their proof, which other physicists may or may not agree with.

Quantum theory has been remarkably successful—from explaining the inner workings of stars to the functioning of silicon chips. Yet, this work highlights that there is no way out of the strangeness of quantum theory and the only way to deal with it, seems to be the one David Bowie prescribed: ‘Turn and face the strange’. And this is another wonderful demonstration of the fact that in science, there is no dogma beyond questioning.

But it is ‘no back to the future’ scenario

(Debarghya Chakraborty holds a Master’s degree in Physics from NIT, Rourkela, and is set to begin his PhD studies at the University of Kentucky)